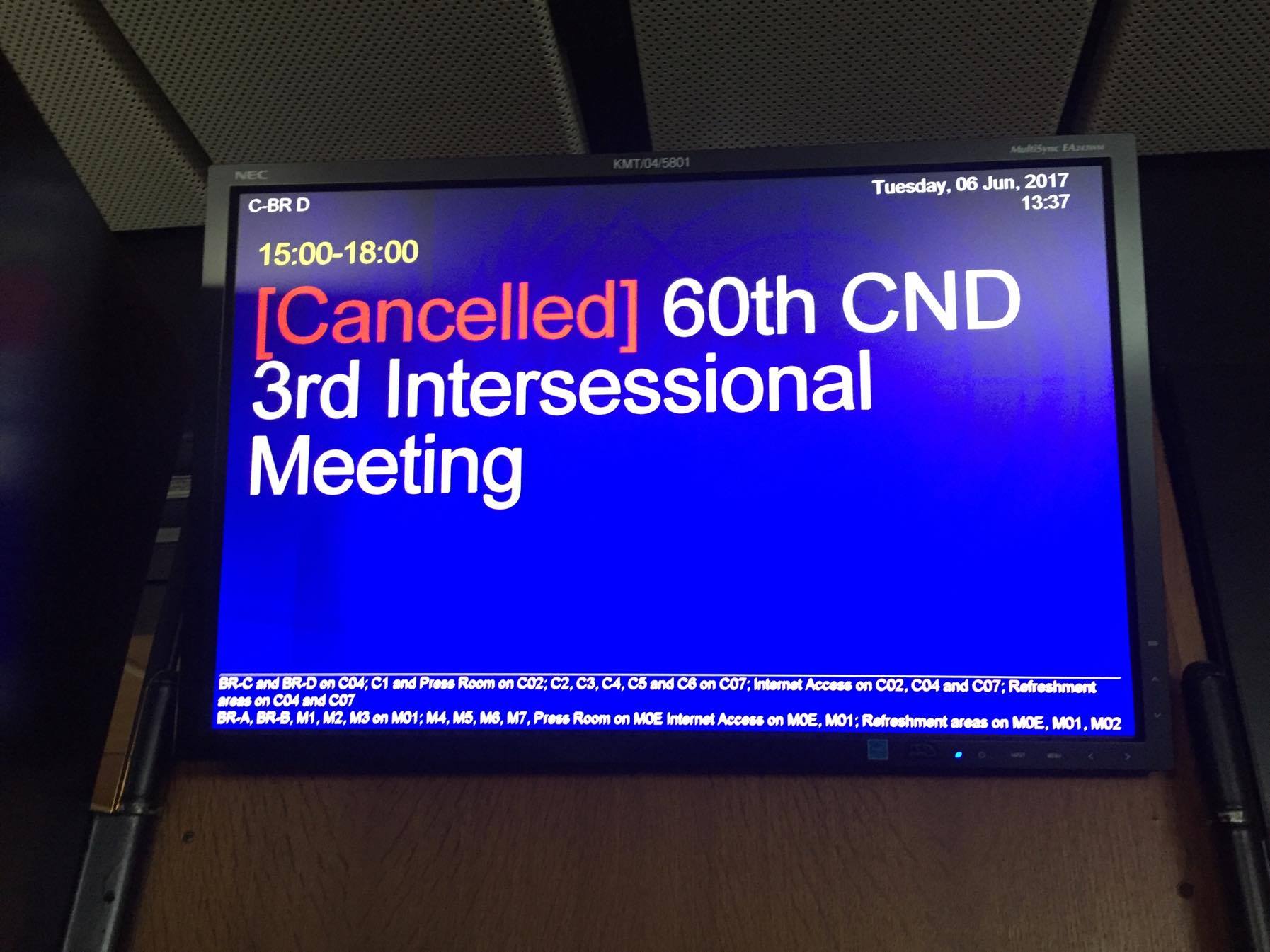 Written by Orsi Fehér, chapter leader of SSDP Österreich (SSDP Austria).  Three of us SSDPers from Austria found ourselves in a less than crowded meeting room at the Vienna International Center on the morning of Tuesday 6 June, where member states convened for the 3rd Intersessional Meeting of the United Nations’ Commission on Narcotic Drugs. For the past week, we’ve been pondering: what is the point of an intersessional CND meeting anyway? While I wouldn’t say the meeting was unproductive, it was very telling when we returned from lunch only to find out that the rest of the daylong session has been canceled for no apparent reason. Why host these meetings and ask people to come out when it is just going to be canceled halfway through anyway? 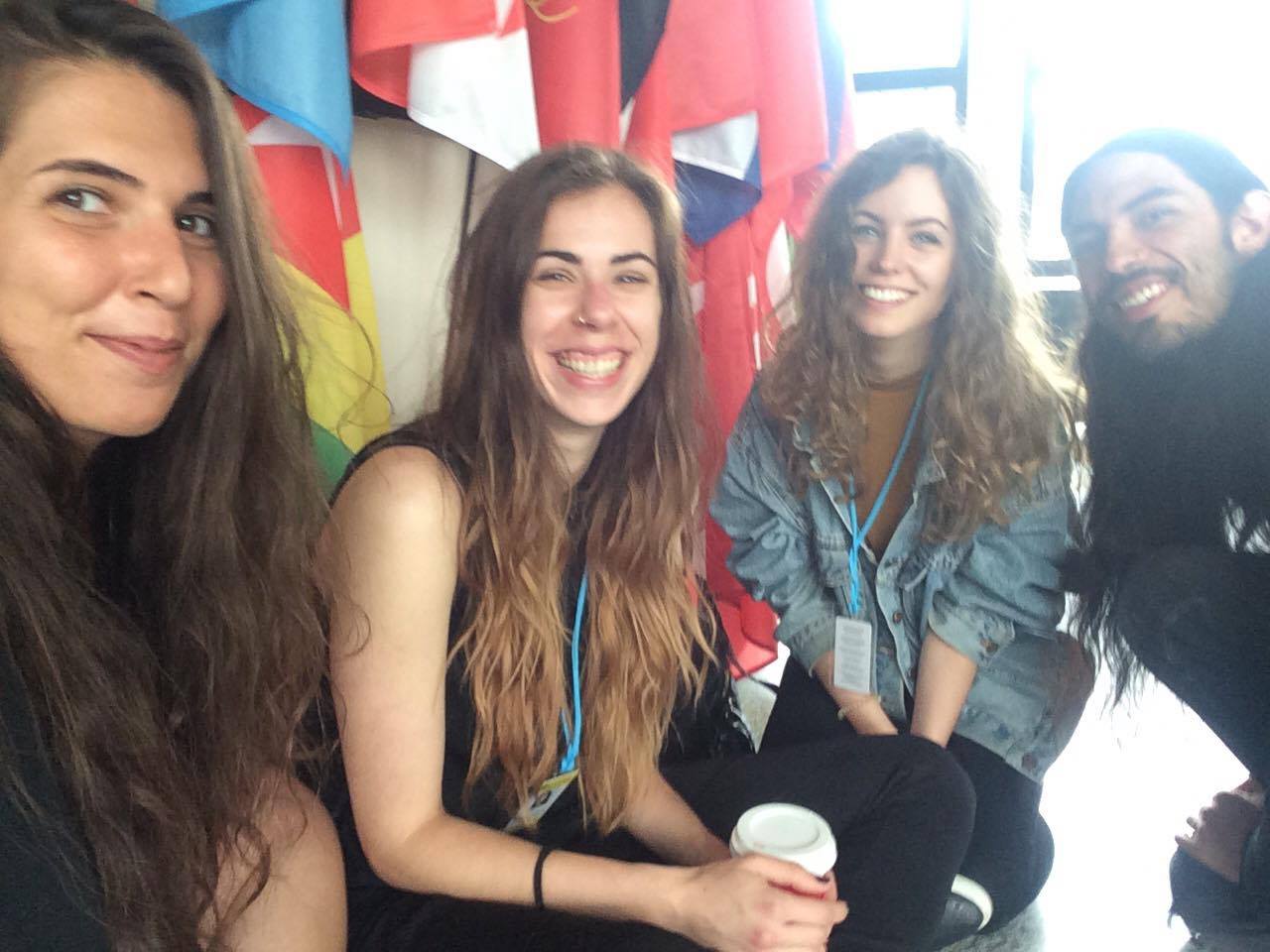 Among the noteworthy things, though, was Angela Me’s presentation, who represented the Statistical Commission, and had a whole lot to say about the data collection part of “evidence-based policies”.  The Chief of the UNODC Statistics and Surveys touched on the importance of accurate intel for sensible policy making and, to some degree, recognized the limitations of available information in the majority of member states, noting that most of the gathered data on drug use comes from high-income countries and rely on self-reporting by accessible groups. Bente Angell-Hansen, the Chair from Norway, did call for member states to recognize the deficiencies of current methodologies, and to coordinate future studies in collaboration with networks that have better access to target demographics. The emphasis on quantitative data, however, still doesn’t highlight the importance of collecting key strategic information, such as why and under what circumstances do people who use drugs experience harm. There is still a gaping lack of investment in studies that assess the complexities and risks regarding “problematic drug use”. The Commission also acknowledged the intersections between drug policy and the sustainable development goals and called for measures that connect policy outcomes and SDGs. Angell-Hansen also urged member states to engage and allocate resources for evidence collection for policy making, but unfortunately, there is no agreement that would bind member states to such practices. Next on the agenda Pedro Moitinho de Almeida, the post-UNGASS facilitator from Portugal, reminded us that earlier this year the Commission decided to hold regular UNGASS follow-up meetings to further the work on implementations of objectives and to provide a forum for member states to share best practices. Even if most of the meeting seemed to be a cha-cha-cha of technicalities (such as agreeing on dates and discussing how much resources or liberty the Commission doesn’t have for certain requests by member states), one very important achievement of the UNGASS was apparent at the meeting. Before 2016, the Commission on Narcotic Drugs and the International Narcotics Control Board were the only agencies involved in the drug policy discussion. Post-UNGASS, however, civil society has had a lot more chances to be present and to interact directly with governments. An evidence of this is de Almeida’s proposal to “enrich” UNGASS follow-up meetings with interactive panel discussions, where one panelist would have to be identified from civil society. Hopefully, the commission will also eventually give a seat to the young people they say they are so keen on protecting. Starting in September 2017, an entire day will be devoted to discussing each of the thematic chapters of the UNGASS outcome and you can follow the discussions via webcast on www.ungass2016.org.