This post was written as a collaboration between members of our Universidad Nacional Autónoma de México chapter and other students in Mexico City. Para leer en Español, vaya al final de la página.

November 4th, 2015. A historic, emblematic day in México City. Finally, an official validation for recreational marihuana use. And not just any validation, but the Supreme Court’s. Today, marihuana production for personal use is legal in México…at least for 4 people. 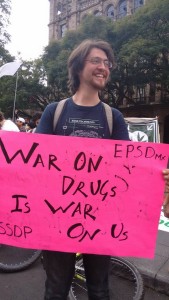 SSDP member Hector García Rojas, stands outside the Supreme Court of Mexico hours before the court announced their historic decision.

After a long and complex trial, this past Wednesday they got a final answer. The Supreme Court’s sentence, with four votes against one, declared the unconstitutional nature of several articles in the General Health Law (235, 237, 245, 247, & 248), specifically in the portions that establish a prohibition for the Health Ministry to give authorization “to the realizations of the acts related to personal consumption with recreational purposes (sow, grow, harvest, prepare, possess, transport) exclusively for the narcotic cannabis (its resin, preparations and seeds) and the psychotropic THC known together as marihuana”. The resolution doesn’t include selling, distribution nor supplying, which are still prohibited.

For our country, this constitutional protection is a great step forward, even if it is for only four people. The resolution implies shifting the institutional debate towards a perspective much more open to critic and scientific arguments; it could improve the relationship between civil organizations and institutions, and it even means an important move towards human rights, putting the person above the substance. Moreover, it opens the possibility for other well-organized groups to get constitutional protections and, if four consecutive protections are given, to invalidate the law. This means the self-production would be legal and allowed to any Mexican citizen.

November 4th phenomenon caused that several national and international media fixed their eyes on cannabis situation in Mexico and enquire into the information generated by civil organizations, with years in the topic. Suddenly, experts can give their opinion and inform population about the plant, its effects, legislation and action projects. Suddenly, debate is once again on the table, with more vigour than ever.

What’s after this positive verdict?

One of the most commented suppositions is the possible series of similar trials for constitutional protection. It is the general goal, but the situation is not that simple. SMART took two years of legal procedures to get to its actual position. But there is more: if we take for granted that the intention of several individuals and groups is to get this self-production protection, information about the legal procedure will be fundamental, because rejected cases could set precedent in the less expected way. That’s why this road has to be followed with caution and patience. 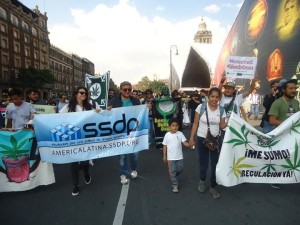 Students joined many other protesters on Wednesday to demonstrate support for ending Marihuana prohibition.

It’s interesting to analyze the answer given by the Executive to the verdict of the Supreme Court. In general, it accepts and respects the decision made; it considers that this resolution opens the debate for knowing which is the best regulation for the substance; explains reiterative and in detail that this is not a legalization, but a special permission for four persons, and declares that there won’t be any kind of law initiative nor taking part of the subject, save the mentioned newly opened debate. At least three attitudes can be observed: a defensive one, preventing attacks and recognizing the obvious; an ambiguous one, where they “open”, until now, a debate that has been on the table for at least 10 years, and another of negligence, refusing to take the initiative in the matter and pointing out to the Supreme Court that the Executive obeys, but dissents.

Whichever legal course takes the discussion, we would expect that the initial and direct consequence is for society looking for information and changing its perception about the plant, its use and users. Under this assumption, maybe in a few years we could have more fair policies, focused on the respect of Human Rights. In this topic, is important to put attention to one of the resources used by SMART: the right of free development of personality and of self-determination. On one hand, the permission given to the complainants has no limit of production, since anyone can determine its own consumption; on the other, every person has the right to decide whether to consume the substance and the conditions in which this would occur. It is important because these principles can be applicable to any other substance.

And what’s the relation of all this with youth?

For starters, youth in Mexico is discriminated, suffers extortions from the authorities or imputations of crimes when arrested for cannabis possession, and gets incarcerated in some cases, even if there’s less than the five grams that legislation allows. The prohibition model generates this Human Right trampling and foments corruption, placing young people, cannabis users and non-users, in position of vulnerability.

Concerned about the situation, a great amount of youngsters has supported this initiatives, pretending to brake with the prohibition laws that so much affects stability in the country. They have looked for the channels to have an influence and inform the population about the benefits that would bring the change of paradigm. In this case, young people manifested in different ways during the hole legal process until its resolution. 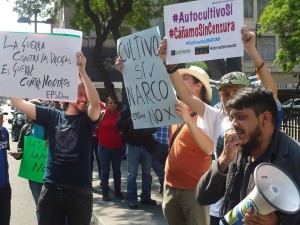 We can’t foresee yet the specific impact this Supreme Court’s resolution will have on youth. What is clear is that the first positive impact is in the possible transformation of legal culture, making a trail for a different legislation that considers Human Rights of adult cannabis users. It is important that media and civil society take the protagonist role, trying to not disseminate false information, treating language and terminology with rigor. To not confuse minors, true information is needed, as well as the prevention principles of the Harm Reduction focus. But ensuring young, off age, in complete use of their faculties people, the legit right to decide over their own body and decisions is, at the end of the day, everybody’s labor.

SSDP in Mexico works to have an impact on these spaces, spreading appropriate information, creating bonds with other organizations, and growing our university network. We believe that the Harm Reduction approach will take a central position in the upcoming discussions, in the private sphere and in judicial and legal proceedings alike. What happened is clear, but not simple: indicates the state of the art in Mexico and proves that, despite the still present difficulties, there are possible roads for legal action. All this gives us hope and urges to keep fighting for our rights. 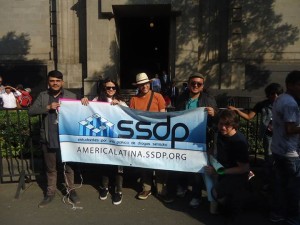 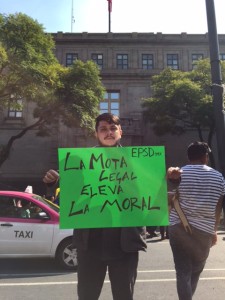