Brooke Gilbert of the AMPLIFY Project recently sat down for an interview with their newest partnered artist, The Nadis Warriors. The discussion covered everything from their thoughts on how the war on drugs has failed our society, the importance of mobilizing change within the live music community, their upcoming performance at Cannabis Carnival which brings together music and political activism, plus a look into their beginnings and what’s in the future. Check it out! 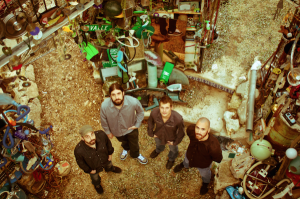 BG: Why do you think the “War on Drugs” has been a failure and why do you feel the need to speak out against it by joining the AMPLIFY Project? NW: It is an injustice that so many people with minor drug infractions are being locked up in our already over crowded prison system.  Many prisons are privately owned entities that profit from this senseless type of incarceration. We find it ridiculous to wage “war” on your own citizens in an effort to profit off of them. Also, our society has had enough experience with this “war” to show that it really hasn’t done anything to reduce the amount of drug use or help the people as a whole. BG: Why do you think it is specifically important for musicians and those involved in the live music community to speak out against the failures of the “War on Drugs”? NW: Large parts of the live music & festival communities have had their lives hindered by the “war on drugs” in one way or another.  As a musician you are given a platform, and we think it’s a huge responsibility for artists to speak their minds about injustices. In recent history music and the arts have gone hand in hand with activism in the political world. 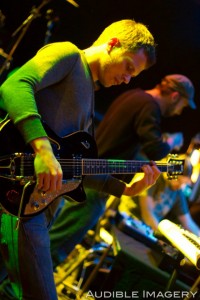 BG: How do you think live music & the community around it can get people involved with activism & the political process? NW: Live music events, whether they are shows or festivals, have always been a catalyst to spark interesting conversations between like-minded individuals. NCIA is doing a great thing by putting on the Cannabis Carnival, bringing together live music and political activism, and we hope that similar events will continue to pop up all over the country. It’s been shown time and time again that putting someone facing addiction to a narcotic in jail doesn’t heal anyone. Many times people who suffer from addiction have dual-diagnosis, and suffer from other mental health disorders as well.  Mental health is another coinciding issue that is extremely misunderstood. A lifelong healing process has to occur and it doesn’t start by someone taking the drugs away and putting the person in jail. BG: Do you feel more could and should be done in the US to protect concert goer’s safety at shows & festivals?  NW: We do, and actually we’re seeing more and more festivals go that route currently. It’s something that we hope continues. We promote anything that makes a conscious effort to keep people safe at these events. BG: What do you think are the biggest obstacles still remaining for legalizing cannabis on the federal level? NW: Old ideas die hard. The biggest obstacles are misinformation, old stigmas, and those that profit off it. 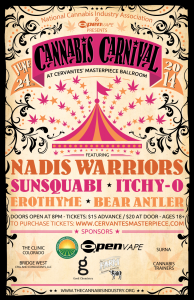 BG: Can you tell us more about your upcoming headlining show in Denver called “Cannabis Carnival” in support of the National Cannabis Industry Association. Why did you want to show your support for the growth of a legitimate & responsible cannabis industry? NW: We are playing Cervantes Masterpiece Ballroom on June 24th with Sunsquabi, Erothyme, Itchy-O and Bear Antler.  We couldn’t be more excited to be back in Colorado. The NCIA and event coordinators have put together quite a multi-sensory experience, and we have a special surprise in store that we’ll be announcing as the show approaches. We’re excited to support such a forward thinking and necessary forum because much of society has a stigma surrounding cannabis based on it’s illegality. One of the reasons cannabis has received a bad name is because its lumped in with extremely dangerous narcotics and has been forced into a violent black market.  The informing of the public on a legitimate and responsible cannabis industry will help end some of the stigmas surrounding its use and pull the industry out of the black market and into a less violent realm.  Also, legal marijuana generates large amounts of economic revenue and creates jobs for people that would otherwise be locked up for sharing their gift. BG: How long have you all been playing together, and where did it all start? NW: We formed in 2010. We grew up in the hill country south of Austin, TX, and attended the same school grades 7-12. Thus, we were already friends, which made everything very comfortable. BG: You released a new album “Re:Birth” earlier this year, how has the new material been received by fans on and off the road? NW: We are extremely grateful for the response we have received following this release. It is very encouraging that the new material has been well received both off the road and when first experienced live. 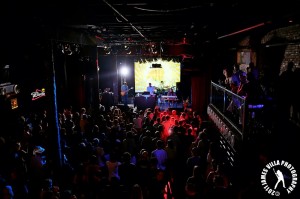 BG: Will you be debuting any new material at any upcoming shows or festival stops this Summer? NW: We will be showcasing our new album, Re:Birth, at our upcoming shows as well as dipping back into some older material with a new live setup. We are also working on some unreleased music to be debuted live later this summer. NW: Speaking of festivals, what are your plans for the Summer and what festivals stand out as your favorite of the season? This summer we will be making stops at Under The Stars Festival (WV), Paradise Music and Arts Festival (KY), Farm Fest (NJ), and then back to Texas for Mystic Campout. This is the first time we’ll be playing any of these festivals, and we are not really in to picking favorites (winks). Under the Stars festival and Paradise festival look to be more intimate types of events, which is exciting. In our experience intimacy brings a special kind of energy and vibe. Paradise is even capping the number of tickets sold to 500. We will be playing the sunrise set at Paradise, which is always a really fun set time at festivals. Farm Fest seems be very forward thinking and has a unique venue. They actually recently teamed up with another festival, that we enjoyed playing last year, called Gratifly to write a letter of allegiance instead of competition. We hope this type of thing continues to be a trend. Mystic Campout is located just outside of Houston on the beaches of the Gulf of Mexico. All of these events have really great line-ups, which we are honored to be a part of. BG: These festivals all sound amazing and we wish you the best of luck in your journeys this summer. Thank you all for your support of the AMPLIFy Project and for speaking out against the failed war on drugs! We look forward to setting up at many future shows! 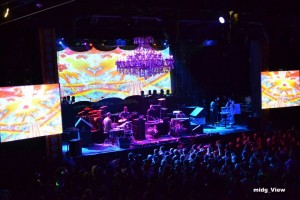 
Website: http://www.nadiswarriors.com/
BandCamp: http://nadiswarriors.bandcamp.com/
Birthed in the hills outside of the musical mecca of Austin, Texas there is a movement continuing to emerge. The Nadis Warriors shed the restrictions of commonplace stage shows to a create performance experiences unlike any other in the EDM realm or otherwise. Nadis’ live performances continue to be crafted to entice a positive transfer of energy between all who are present. The intention of the band remains for everyone to leave the gathering feeling recharged, and allow that positivity to be reflected in participants’ everyday lives.  The Nadis Warriors have appeared at many of the country’s premier festivals/events over the past few years including Electric Forest, Wakarusa, Nocturnal, Electric Daisy Carnival, Camp Bisco, Snow Globe, Sonic Bloom, and the Manifestation Celebration. They have been fortunate enough to share the stage with Alex Grey, Beats Antique, Shpongle, Bassnectar, Lotus, EOTO, Ott and the All Seeing Eye, and Papadosio to name just a few. One of the band’s highlights was getting to perform at Alex Grey’s Chapel of Sacred Mirrors. Their music was featured in the soundtrack to THE BLOOM SERIES VOL. 3: WAYS OF THE SACRED – PART 2. A film series that “illuminates the cultural renaissance currently blossoming through the phenomenon of transformational festivals that are spreading globally and having profound life-changing effects on hundreds of thousands of lives.” Their newest album Re:Birth is the next step in the evolution of the Nadis sound. This eight-track album is a celebration of life, which intends to paint a sonic picture of transformation, while following the amazing life cycle of the Monarch butterfly.