HomeBlog An Update on the International Activities Fund

An Update on the International Activities Fund

An Update on the International Activities Fund 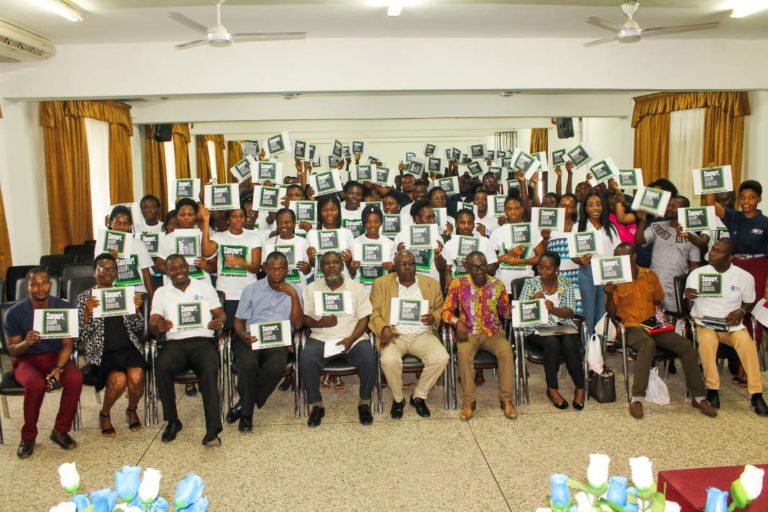 This summer, thanks to the generosity of our supporters, Students for Sensible Drug Policy launched the International Activities Fund (IAF) to give our members outside the United States additional support to end the War on Drugs in their countries. We are happy to report that we have funded seven deserving project proposals in six different countries on three continents. Read on to learn about the groundbreaking projects that we funded:

Three of our chapter members from EPSD Bolivia used the IAF to help finance their trip to the 7th Latin American Conference and 2nd Mexican Conference on Drug Policy, hosted in Mexico City. Patricia Chulver ‘17, the founder and chapter leader of EPSD Bolivia, spoke on a panel at the conference regarding “Nuevas Narrativas en Politicas de Drogas,” or “New Narratives in Drug Policy.” In addition to presenting, going to the conference allowed our members in Bolivia and Mexico to gain valuable facetime with each other.

In late August, SSDP Ghana hosted their 2nd annual Nation Open Forum on Drugs in Accra. Thanks to the IAF, the chapter was able to pay for an excellent venue, provide refreshments for all attendees, invite media to the forum, and cover travel costs for students outside of Accra. During the forum, Mr. Yaw Akrasi-Sarpong, a former Executive Secretary of the Narcotics Control Board, called for a review of Ghana’s national policies on narcotics, stating that reform is needed to ensure people with substance use disorder can receive crucial medical services. The forum had a great turnout and focused on proposing innovations to current drug laws that will have a greater positive impact on children and young people. Since the conclusion of the forum, SSDP has been using the media to call on Ghana’s parliament to form a committee which would discuss passing a new national drug law.

Kenyatta University SSDP is planning a national SSDP seminar in Nairobi open to all interested students and young people in Kenya. The seminar’s goal will be to inspire attendees to form SSDP chapters across the country in order to facilitate a national movement towards drug policy reform. The funds they received from the IAF will help them pay for a venue with A/V equipment, provide refreshments for all attendees, and cover travel for up to four expert speakers. Even though the seminar is several months away, the project has already achieved some success as one new SSDP chapter at the University of Nairobi has been launched thanks to outreach from Josh Njiru ‘18, founder of Kenyatta SSDP.

SSDP Belarus is using the IAF to strengthen their organizational capacity by recruiting regional coordinators in all six regions of their country. These coordinators will facilitate peer-to-peer drug education events in each of their regions, spreading SSDP’s message beyond the capital city of Minsk. The goal of these events is to recruit young people across Belarus to SSDP’s cause and facilitate a youth movement towards drug policy reform in a country with some of the strictest drug laws in Europe. The money received through the IAF will help with recruiting efforts for the six regional coordinators as well as the execution of the events themselves. Currently, the chapter is evaluating the applications they received for regional coordinator roles. Once selected, the coordinators will start working on organizing their respective events, which are slated to take place in March and April.

There are two projects being funded by the IAF in Ireland. The first is an Annual General Meeting and Conference for all of SSDP Ireland, to be held in Dublin this June. Dublin City University SSDP, the host chapter for the conference, is securing a venue for the conference and is planning the program in collaboration with other chapters in Ireland. IAF funds will go towards travel for Irish members outside of Dublin, food for the event, conference materials, and some of the venue costs. This will be the fifth consecutive national SSDP conference in Ireland and the first AGM.

The second project is a drug checking kit distribution organized by University College Cork SSDP. Using money from the IAF, the chapter will be purchasing drug checking kits to distribute amongst the student body, ensuring that people are able to make informed decisions about the content of drugs before using. They are organizing this project in cooperation with their school’s student union, who will be helping by printing out informational booklets on drug checking and promoting the campaign. The chapter is planning to start the distribution of kits at the end of January.

Following last year’s successful event, SSDP Austria will be hosting Subs_Tanzen 2.0, a public rally and event to be hosted before the 62nd Commission on Narcotic Drugs (CND) meeting in March. The event will help spread awareness to the public about what happens at CND along with local developments on drug policy in Austria. The rally will include speakers, music, and an opportunity for local allies to host an information booth to provide information about harm reduction and drug policy initiatives in Austria. The IAF will help pay for sound equipment, materials for artwork, and logistical costs.

We are so proud of the exciting projects that our members are planning around the globe. Plus, we’re happy to share that we’ll be offering international student scholarships to #SSDP2019 with a portion of funds from the IAF. See you in Chicago!