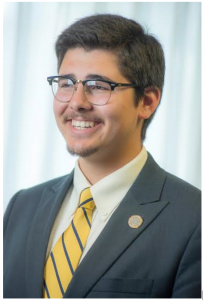 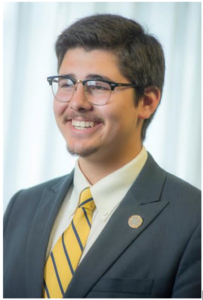 Anthony is an incoming junior at the University of California, Berkeley earning degrees in both legal studies and political science, as well as a minor degree in public policy.

I’m pleased to introduce Anthony Carrasco, SSDP’s Good Samaritan Policy Intern for the Summer of 2016. Anthony first got plugged in with SSDP when he and several peers reestablished the SSDP chapter at UC Berkeley in 2015. Since the Fall of 2015, Anthony served as the Vice President of External Affairs of the UC Berkeley SSDP chapter. Due to their chapter’s efforts, the UC Berkeley chapter is currently #30 on the CAT! At UCB, Anthony is working towards degrees in political science and legal studies and a minor in public policy. His emphasis in the political science department is political theory, while his emphasis in the legal studies department is crime, law, and social control. He paired these disciplines together in order to take a deeper exploration into how drug policy affects the mentally ill community. His interest in this subject began with his first job. As a first generation college student coming from a low socioeconomic background, Anthony works while attending the university. During his freshman year, Anthony was hired as an administrative assistant at Bonita House Inc, a nonprofit in Oakland which serves the homeless population that suffers from both drug addiction and mental illness. As Anthony assisted in the management of over 90 cases, he developed a unique perspective into how urban drug use is policed among marginalized communities. After a year of this work, Anthony went on to delve deeper into this subject through his coursework, independent research, and activism with SSDP. At the 2016 National Students for Sensible Drug Policy Conference in Washington D.C., Anthony presented on the negative impact of contemporary urban drug policy on the mentally ill community. Anthony hopes to continue the fight for drug policy reform on campus next year. As an elected student official at UC Berkeley, Anthony will be promoting a series of reform efforts centered around a more sensible campus drug and alcohol policy. He will also be advocating for the end of prohibited research on controlled substances, renegotiating the student health care package to cover emergency health services in drugs and alcohol related emergencies, and overseeing the implementation of a new Good Samaritan policy across campus. As an intern with SSDP this summer, his primary focus will be on promoting the implementation of life saving Good Samaritan policies at schools across the UC system. He plans to collaborate with numerous other SSDPers to allow for a widespread reform to take place across the pacific coast region.