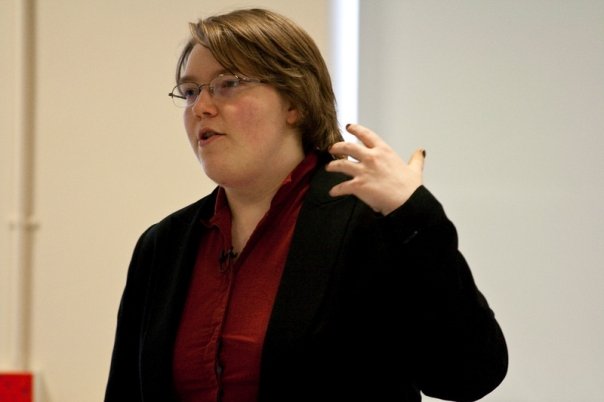 “If anyone is ever feeling discouraged about the drug policy reform movement, all they need to do is attend an SSDP conference. These conferences empower students, foster new relationships, and strengthen our movement.” –Pete Anderson, Univeristy of Maine Farmington   The 2011 Northeast Regional Conference was held this past weekend at Boston University and over 80 students attended a weekend filled with informative speakers and engaging training and discussions. Students from Maine, New Hampshire, Vermont, New York, Connecticut, Rhode Island and 5 different schools from the Boston area gathered to strategize how to end the war on drugs. With the recent announcement by the Obama administration to crack down on Medical Marijuana states it is clear we will need as many savvy college organizers as we can get.

The conference kicked off with a talk by Jack Cole, founder and former Executive Director of Law Enforcement Against Prohibition(LEAP). “Cole ended his undercover career living nearly two years in Boston and New York City, posing as a fugitive drug dealer wanted for murder, while tracking members of a terrorist organization that robbed banks, planted bombs in corporate headquarters, court-houses, police stations, and airplanes and ultimately murdered a New Jersey State Trooper.”(leap.cc) Jack explained to the students why prohibition simply does not work and how, after seeing it first hand, he believes that the war on drugs is a failure and needs to end. Jack had a serious and compassionate attitude towards ending the war on drugs that inspired the audience. Jack’s speech was followed by two intensive training work shops on campus based policy change by SSDP Northeast Regional Coordinator Jason Ortizand another on state based policy change by Matt Simon Former Executive Director New Hampshire Coalition for Common Sense Marijuana Policy. These workshops focused on the nuts and bolts of activism, and how to go from a passionate group of activists to actually effecting policy change on a local or statewide scale. Following the trainings Rick Doblin from the Multidisciplinary Association of Psychedelic Studies (MAPS) closed out the conference. Doblin, the Executive Director of MAPS, is currently pushing for more research into the therapeutic effects of MDMA. Doblin unveiled a work in progress that will help educate students on how to help each other in the event of a difficult psychedelic experience without causing the individual to panic. The students in attendance were really impressed with the level of professionalism in Rick’s work and many said they had no idea there was such a field of study as psychedelic research. The conference finished on Sunday with a sampling of hemp based ice cream and the “Cannabis Curriculum” of John Dvorak which outlined the various ways students can intertwine their activism and their studies. He brought samples of various hemp based products from lotions to cement and encouraged students to use their time in academia to broaden the knowledge base around hemp and the ways it can strengthen our economy. The 2011 Northeast regional was by all accounts a great success, and we look forward to seeing everyone at the next conference this time hosted by the  Drug Policy Alliance Nov 2nd-5th in L.A.!   “Both Jack Cole’s and Rick Doblin’s talks shed light on perspectives of the drug policy movement that are often overlooked, yet are necessary to comprehensively understand the need for reform. The workshops were important, too, because knowing how to change campus and state policy are logistics any drug policy activist needs to know. Ultimately, I left the Northeast conference feeling more informed, inspired, and with lots of awesome new friends.” –Brenna Regan, University of Connecticut Back to top