Bringing young people to the forefront of the AIDS response 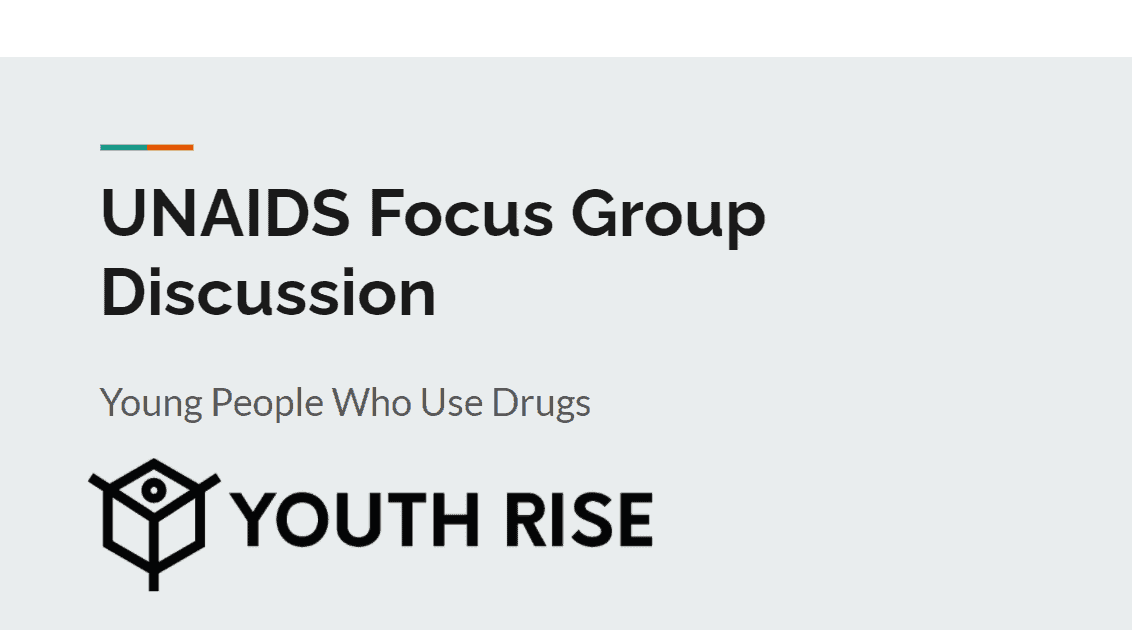 The Joint United Nations Program on HIV/AIDS (UNAIDS) is currently in the process of developing its next Strategy for 2021 and beyond – and members of Students for Sensible Drug Policy (SSDP) and Youth RISE are making sure the voice of young people who use drugs is heard, and considerations for our needs is included.

UNAIDS unites the efforts of 11 UN organizations—UNHCR, UNICEF, WFP, UNDP, UNFPA, UNODC, UN Women, ILO, UNESCO, WHO and the World Bank- and leads the global effort to end AIDS as a public health threat by 2030 as part of the Sustainable Development Goals.

With less than ten years to go until the deadline, UNAIDS is currently developing a new global strategy to guide the HIV/AIDS response. The strategy development process includes the review of the current strategy and evaluation of its implementation and results; and consists of a months-long series of consultations, surveying, interviews and focus group discussions.

Ahead of the multi-stakeholder consultation with members of the UNAIDS Programme Coordinating Board (PCB), one of the most pivotal components of the process was held on September 16, 2020. 33 civil society and community-led organisations working on drug policy and harm reduction sent an open letter to the PCB. SSDP and Youth RISE were among the signatories of the letter, which outlines six key recommendations from our community that should be prioritized in the new UNAIDS Strategy.

“Now, more than ever, we need your leadership to be strong, bold and unrelenting in ensuring that key populations, including people who inject drugs, are prioritised in the new UNAIDS Strategy; harm reduction services are available, scaled-up and fully funded to meet the HIV prevention and health needs of people who use drugs wherever needed; communities, including community-led services, and civil society are at the front and centre of the HIV response; and barriers to services, including criminalisation, stigma, discrimination, punitive laws and policies, are removed.”

At the virtual UNAIDS Multi-Stakeholder Consultation on September 16th, the Africa NGO Delegate to the UNAIDS Programme Coordinating Board, Jonathan Gunthorp flagged the collective failure/lack of articulation of the inclusion of young people in the discussions. He further highlighted commitments to encourage and support youth leadership, and to develop specific measures to engage young people. He stressed the need to keep the promises made to bring young people to the forefront of the AIDS response if we want to achieve an #AIDSFreeGeneration.

In addition to supporting the civil society demands voiced in the letter, SSDP and Youth RISE members used the opportunity of consultations to outline the needs and demands of young people who use drugs.On August 16, 2020, Youth RISE organized a virtual focus group discussion with the participation of young people from all over the world, including SSDP and Youth RISE members as well as friends and allies. During an intense discussion that lasted more than 3 hours, we analyzed how the current strategy performs in terms of reaching key affected populations of young people who use drugs, how the current structures and services are able to serve actual needs, and how contextual elements, such as punitive drug laws affect young people’s access to life-saving harm reduction services.

We identified a number of ways in which the global HIV response leaves young people who use drugs behind. Healthcare services are not adequately equipped to serve the needs of young people who use drugs and there’s a persistent lack of age-sensitive, age-inclusive and youth-specific services.. This is further exacerbated by the fact that there’s a lack of age-disaggregated data collection, which makes it easy to overlook the need for such services.

Stigma, discrimination, criminalization and institutional violence remain very significant factors that negatively impact the ability of young people who use drugs to access services that are available to them; while cultural and political repression often bars young people from speaking up about our needs.

Globally, more and more young people who use drugs are engaging in advocacy, but we are still being systematically ignored in decision making processes at all levels – including, unfortunately, the United Nations, despite some efforts in recent years to better engage young people.

This is why we are dedicated to taking advantage of every opportunity we get at influencing the structures that govern our lives and our ability to exercise our right to a healthy life.

Based on the outcome of the focus group discussion, Youth RISE has submitted a list of recommendations to the governing body of UNAIDS, centered around the call for making the global HIV response more inclusive and fit to the needs of young people who use drugs.

We called on the decision makers to make sure the next Strategy is more reflective of the needs of the community. We highlighted that the continued stigmatization and criminalisation of young people who use drugs will ensure the failure to achieve an AIDS-free world by 2030 – or ever.

We called on UNAIDS to expand the opportunities available to young people who use drugs, including those who are actively using, to engage in decision making. We stated that UNAIDS needs to take on a more active role in reducing the stigma around substance use, harm reduction and HIV prevention through promoting and funding the activities of youth-led organizations and harm reduction services. Eliminating the stigmatization of people who use drugs will contribute to countering misinformation about substance use and lowering barriers to access to treatment.

Until key population- and community-led organizations are truly able to reclaim the global response to HIV and young people are included in the process, we will never be on track to achieve an AIDS-free generation.