Chapter Leader of the Week

Earlier this week, I got the chance to catch up with Jimmy Stanley, from the SSDP chapter at Eastern Illinois University. The EIU chapter is new, and just became officially recognized by their university administration last week. However, that isn’t to say they haven’t been busy. In their first week as an official chapter, EIU SSDP launched a Good Samaritan Policy campaign, collected over 250 signatures for their student petition, and made the campus paper. Here is what Jimmy had to say about his involvement with SSDP. 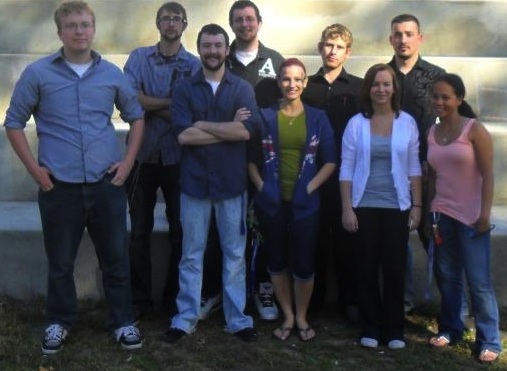 Jimmy to the left, and the current EIU SSDP Executive Board members   Name: Jimmy Stanley School: Eastern Illinois University Major: Middle School Education with a focus in English Titie: Founding Member and Chapter President   SSDP: When did you first get involved with SSDP? Jimmy: Early last summer, a friend of mine from NIU’s chapter told me about the organization, and I was intrigued. When I looked and saw that my school didn’t have a chapter I figured I might as well make one. SSDP: What has been your favorite SSDP experience? Jimmy: Definitely going to Summer Camp Music Festival. It was perfect timing, I got a volunteer pass to go at the last second and the festival happened to be on my birthday. It was a spur of the moment adventure but it was worth it for the music and meeting all the other awesome SSDP members from around Illinois. SSDP: What issues are most important for your chapter? Jimmy: EIU has a large population of Education majors so I want to gear our chapter towards drug education. D.A.R.E. obviously did not accomplish much on its mission to rid America’s schools of drug use. I think a more logical and factual approach needs to be taken towards educating people on the facts about drug use. SSDP: Do you have any events planned for the this semester? Jimmy: We have a few. We plan on screening the union in our campus auditorium in a few weeks. We are also trying to make a presence in the music scene on campus. We are hoping to host a few shows to generate some funds for our chapter. Our biggest goal of the semester is to get a speaker from LEAP to come talk to our campus. SSDP: What do you like best about being part of SSDP? Jimmy: It’s just nice to see people taking drug policy seriously. For too long there has been a stigma attached with drugs and drug use. It’s nice to see the hysteria calm down and people having constructive conversations about how our drug policies can be improved. SSDP: Do you have any advice for other chapter leaders? Jimmy: Well, I’ve only been a Chapter leader for a month, but the most important thing I’ve learned so far is that you have to make every member feel like they are contributing something (whether it be to conversation, fundraising events, petitioning, tabling etc). People are more likely to show up if they feel they are valued and contributing to the cause. SSDP: Any fun facts about you? Jimmy: I make rap beats (as well as rap myself occasionally) and I am in the process of recording an album for a local female rapper here on campus. Back to top