This post originally appeared at The Libertarian. Daniel Hannan, British Member of the European Parliament for the Conservative Party, has suggested that Great Britain should consider legalizing drugs. Hannan had described himself in 2007 as “liberal” on drugs policy, but stated at that point that “There is no appetite in Britain to move towards a decriminalisation of narcotics, and that strikes me as a good enough reason to keep the laws as they are.” His more assertive recent comments are representative of a wider trend in the UK, which hopefully will translate into real policy reform. Hannan notes an online petition which has received over 120,000 signatures through the system recently set up by the governing coalition. The petition, initiated by the Green Party Member of Parliament Caroline Lucas,1 proposes to commission a formal cost-benefit analysis of the Misuse of Drugs Act. The 1971 law is the basis of current UK drug policy. The language of the proposal includes a reference to “a growing consensus that the current enforcement-led approach is not working,” including the 2012 recommendations of the UK Drug Policy Commission. The Home Affairs Select Committee on the subject was also mentioned; the committee has praised the Portuguese decriminalization system and endorsed funding research into localities where marijuana has recently been legalized.2 Hannan advocates experimenting with temporary suspension of drugs laws, possibly starting with cannabis. He notes a recent study by the Beckley Foundation quantifying the benefits which a regulated marijuana market would bring to England and Wales. Among other things, Hannan cites the potential to free up resources in the criminal justice system. Not only would victimless drug offenses simply be removed from the jurisdiction of law enforcement, but there would also be a likely reduction in drugs-related serious crimes, such as robbery. Recent experience with more enlightened drugs policies, for example in Switzerland, supports this view.3 Hannan also cited the harm to drug producer nations stemming from attempts to eradicate their main cash crops. Deputy Prime Minister Nick Clegg recently made similar comments. The Liberal Democrat leader recently returned from a visit to Colombia, a major cocaine producer nation whose president is one of many prominent figures in the region advocating a less repressive drug policy. Clegg suggested afterward that he is frustrated with the Tories’ unwillingness to deal seriously with the issue. Despite anti-drug views often leading to support for a prohibitionist approach, he explained, “if you are anti-drugs, you should be pro-reform.” He proposed a royal commission to look into alternatives. 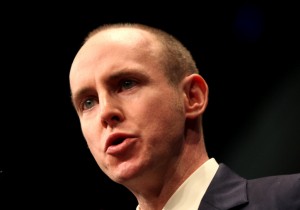 Although lasting policy reform has not been forthcoming, the Liberal Democrats’ leadership has advocated similar moves in the past, including in 2002 and 2011. Most recently, Clegg made the point that “The UN drug conventions badly need revising,” highlighting the critical point that prohibitionist policies are apparently required by international treaties the UK has signed. UK Independence Party leader Nigel Farage recently made similar comments. Farage agreed with Nick Clegg that “so-called War on Drugs isn’t working,” and endorsed the deputy prime minister’s call for a royal commission. This may be somewhat of a shift for Farage, who early last year commented that although he supported decriminalization, it would not be a policy of the party, because “it would be completely impossible for me to win that debate” with members who were opposed to such reforms. “A general doesn’t try to fight every battle,” he commented at the time; hopefully his recent comments are an indication that he now views this as a battle worth fighting. Despite describing themselves as a “democratic, libertarian Party” supporting “the minimum necessary government,” though, the UKIP continues to omit drug policy from the issues section of their website. Polling shows at least half of the British population supports a more liberal drug policy, at least on marijuana. This holds true across all three major parties, although prospective Lib Dem voters showed the highest support, at close to two thirds. A full 41% of respondents in 2013 supported legalization, with another 12% supporting decriminalization of low-level possession. Approximately two-thirds across parties supported a policy review of the type proposed by Clegg. Support for decriminalizing other drugs was lower, but still sizable. A total of 36% supported adopting a stance similar to Portugal’s current policy, either experimentally or permanently. These results included sizable minorities of both Tories and Labour supporters. Considering their falling membership, the leadership of these two parties, who still mostly avoid the issue, would do well to take notice.

1. The Green Party of the UK officially supports legalizing marijuana, “roughly following the Dutch model,” and decriminalizing small-scale possession of other illicit drugs. 2. These include the small South American nation of Uruguay, as well as the western US states of Colorado and Washington. 3. For more information on Swiss drug policy, see here.