Note: You may have received this email blast by mistake today. We apologize for any inconvenience this may have caused. If you are interested in receiving these emails, please email Frances at frances@ssdp.org. Thank you!

In the modern American context, religious communities are often viewed as natural enemies of drug policy reform. However, not only is there a growing movement of faith communities united to end the War on Drugs, but throughout human history, cultures around the world have relied upon entheogens to derive greater spiritual & religious meaning from life.

In this issue of the Monthly Mosaic, we will be focusing on the close historical relationship between religion and drug use, as well as some of the modern interfaith movements to reform failed drug war policies, and how your chapter can apply these lessons to your activism. 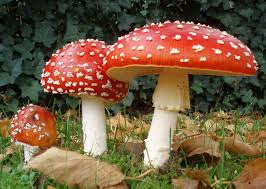 What Do Drugs Have to Do With Religion?

Gaining ground since the middle of the twentieth century, entheogen theory posits that hallucinogenic drugs played a significant part in the development of religion worldwide. Many anthropologists define cultures as either monophasic and polyphasic, depending in part on their relationship to drug use and spirituality.

How is the War on Drugs a War on Religious Diversity?

The use of powerful psychoactive plants and various associated rituals have been at the heart of shamanic practices all over the globe.

Although there is significant debate about the extent to which entheogens have impacted religious history, many major world religions may have their roots in entheogen use.

In America, the right of certain groups to use certain entheogens has been historically protected, while the rights of others have been ignored.

Why is this important?

America prides itself on being one of the most religiously diverse nations in the world. Ending the drug war is crucial to promoting and accepting diversity in belief, practice, and tradition.

Given that psychoactive substances have been used across a variety of religions, embracing religious diversity may help us better understand altered states of human consciousness.

How can my chapter identify interfaith allies working to end the War on Drugs?

Many religious leaders have recognized that the War on Drugs is a failure, and a growing coalition of interfaith groups are fighting to end drug war policies.

Want to learn more about the enduring tradition of religious drug use and how it is impacted by policy today? These resources are a good start:

Interested in taking on an SSDP DARE? Your chapter can receive 10 points on the SSDP CAT