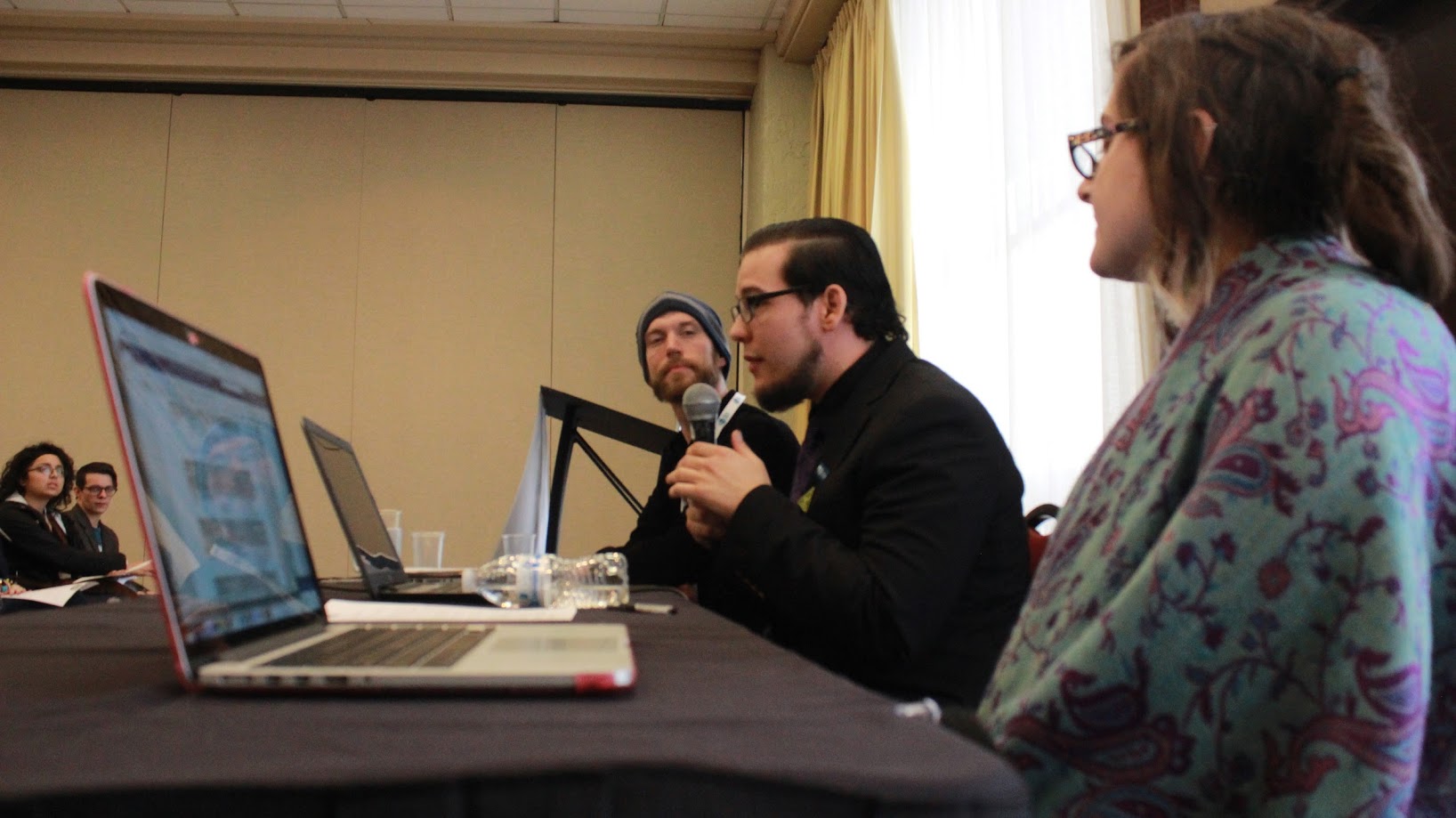 I first found out about Students for Sensible Drug Policy in 2013 when I was only beginning to learn about the harsh realities of the War on Drugs. I decided to donate what I could at the time because I thought the work they were doing was so important and I did not see other student-run organizations that were willing to talk about the failures of the War on Drugs like SSDP did.   I remember feeling as if I did not understand the complexities shrouding the issues around the War on Drugs particularly in policy and law, so I did not think I would be of much use to the organization. A few months later, through my interests in the research surrounding the efficacy of psychedelic drugs for trauma and substance use disorder, I stumbled upon a quote on the website for the Multidisciplinary Association for Psychedelic Studies that read, “We encourage students to join or start a chapter of Students for Sensible Drug Policy (SSDP). SSDP is the leading student organization working to reform drug laws and to educate each other and society on the realities of drugs. An SSDP chapter is a good platform for hosting a MAPS–related event on campus”. In May of 2015, I decided to speak to the current SSDP chapter leader at FIU who gladly showed me the ropes but was graduating at the time and told me something along the lines of, “either you can take the position as president, or the club cannot carry on”. Knowing in my heart that was I was doing was right, I abandoned my insecurities regarding my knowledge of law and policy and decided to become the chapter leader. Although I was unsure of the direction I wanted to take my life, I gladly accepted the opportunity and started to work with my outreach coordinator, Scott Cecil ‘10. Scott was instrumental in showing me the ropes of SSDP and giving me a sense of community within the SSDP family. He assured me that I was not alone in my goals and desires for ending the War on Drugs. 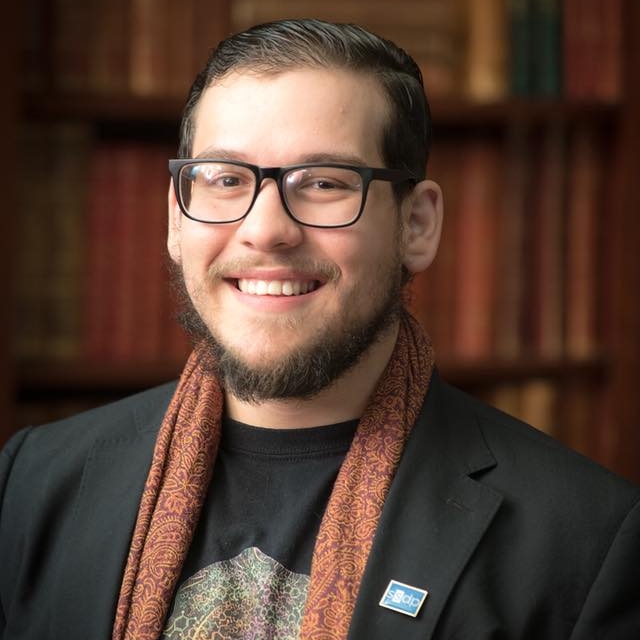 Soon thereafter, I earned a scholarship from both SSDP and the Drug Policy Alliance to attend the 2015 International Drug Policy Reform Conference. This was the first time I met most of the SSDPers I had only interacted with virtually and it was the first time I was surrounded by professionals from all walks of life who also believed that the War on Drugs was a failure. My favorite panel at the conference discussed harm reduction and supervised use sites in Switzerland. During the panel, I vividly recall a strong feeling of disbelief because I did not think that harm reduction practices such as providing a safe place for individuals to use drugs would help people experiencing problematic relationships with drugs. After countless hours of research and pondering on the topic, my passion for harm reduction began to bloom and I was inspired to disseminate this type of information to my friends, family, and university peers. Additionally, during the conference, I had the opportunity to attend a Zendo Project training that was conducted by MAPS Staff. I remember feeling astonished that following that suggestion on the MAPS website would actually lead to a turning point in my life where I knew what I wanted to do and why. Following that first conference, as a chapter leader for SSDP at FIU, I hosted and lectured at events involving harm reduction, naloxone access, efficacy of psychedelic drugs for trauma and drug misuse, medical marijuana, peer-to-peer education, adulterant screening, and overdose awareness and prevention. Without SSDP, I wouldn’t have met the multitude of folks I did at FIU including social workers, therapists, professors, lawyers, activists, and community members whom I currently consider to be very good friends. The first time I attended an SSDP conference in 2016, I was blown away from all the friendships I seamlessly built and the confidence to reform drug policy when I returned back home. Through the SSDP conferences and other conferences I’ve attended because of SSDP, I’ve been able to meet people who have served as mentors, mentees, and friends who have motivated and encouraged me every step along the way. I learned about harm reduction, stigma, drug policy, and services for the population I currently serve. It has been almost 6 months since I moved out to Aurora, Colorado to work at the Health Department and I’m so grateful to have been involved with SSDP because I genuinely believe nothing else would have prepared me so much for this position. I do not think this is enough space to credit every single person who has helped me along the way but I could not write this without mentioning a few names. A few SSDPers who helped me get to where I am today are Dr. Vilmarie Narloch ‘09, Kat Humphries ‘10, and Amanda Muller ‘10. All of whom worked in fields I wanted to be in and who served as beacons of knowledge, expertise, and guidance through my journey as a student with SSDP. Dr. Vilmarie Narloch ‘09 and her peer education program have helped me so much in gaining the knowledge needed to advocate for those who cannot advocate for themselves, not to mention she hooked me up with various projects and speaking opportunities at conferences. Kat Humphries ‘10 was so important in having someone to look up to that did direct service work, worked with the population, and essentially did something really similar to what I wanted to do; the stars aligned when I found out she worked with the agency I was applying to work with. Amanda Muller ‘10 was so helpful to me when I was the chapter leader of the FIU SSDP chapter, particularly when trying to equip the police officers with naloxone on campus and when hosting harm reduction trainings or related events.

During the 2016 SSDP conference, I was elected to the Board of Directors, Scott Cecil ’10, my previous outreach coordinator encouraged me to run. He motivated me and told me I had what it takes to be on the board of directors, so I decided to run during the conference and I was elected! I would have never tried running for the board if it weren’t for Scott. As a member of the board, I was able to discuss ways to involve youth in the political process by engaging in open and rational discussions, connect with other chapters around the world to achieve our goals, and working closely with the board of directors and staff on various objectives.  Upon returning from the conference, I was catapulted into a state of motivation and drive. I worked non-stop as a chapter leader, while volunteering for a cognitive neuroscience lab and tackling 7 classes in one of my last semesters. At my current job as a community health worker at a local health department in Colorado, I see the impact of the War on Drugs first-hand in the streets. I see individuals who are suffering every day from the unjust laws our society has set in place. I talk to these folks and I see that they are genuinely kind people with skills and expertise who are victims of aggressive policing, unaffordable housing, and extremely high levels of stigmatization and marginalization. My position involves syringe access outreach, case management for people who inject drugs, individual and group level education for HIV/STI/HCV risk reduction, harm reduction, overdose prevention, and naloxone use. SSDP was so influential in providing me with the education, which I literally could not get in my undergrad because there are no classes on harm reduction or overdose prevention, to effectively speak about these topics in a constructive and productive manner. I conduct reduction and naloxone trainings for community-based organizations, faith-based organizations, police officers, and other community members. The various panels/trainings at the SSDP conferences have been so important for developing my career path. Almost everything I currently do within my current position, I have been previously exposed to in one shape or form by SSDP. Without Students for Sensible Drug Policy, I honestly don’t know what I would be doing with my life and I am forever indebted. I sincerely thank you all. This blog is part of a series of alumni-authored posts during #SSDPalumni Week, our annualAlumni Association membership drive. Become a member today by 1) Joining the Sensible Society and 2) submitting a short info form.