As you know, this election day was an exciting one for drug policy reform. There is a lot we are proud to report, so it’s taken us a few days to get this message to you.  It’s been a crazy week (as you might imagine), and we wanted to take the time to get this important announcement right.

Last Tuesday marked the beginning of the end of marijuana prohibition as Colorado (55%-45% on Amendment 64) and Washington (56%-44% on Initiative 502) voters said yes to legalizing marijuana! These historic victories would not have been possible without tireless efforts of our supporters, allies and colleagues. We are so proud to have been a part of history this year by helping to advance sensible drug policies around the country. Thank you and congratulations again to everyone who played a part.  Please consider becoming a member of Students for Sensible Drug Policy so we can continue chipping away at the failed war on drugs. Through our online phonebanking tool, SSDPers from across the country made 17,882 calls to Colorado voters under the age of 30 to help turn out the all important youth vote. 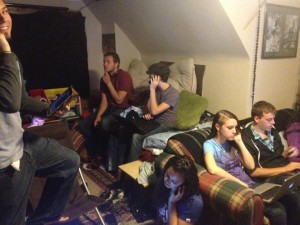 On the ground, our students and alumni played critical roles, canvassing on campuses, phone banking, sign waving, recruiting volunteers and more. We’re incredibly proud of these contributions from such a dedicated, professional core of young volunteers. In all of the excitement about legalization victories, we want to make sure to point out several other notable victories: With 74% of the vote, Ypsilanti citizens approved a proposal to make enforcing marijuana law violations the lowest priority for law enforcement. Our SSDP chapter at Eastern Michigan University and the Ypsilanti Lowest Law Enforcement Priority initiative spearheaded the effort. Read more. Also, we would like to recognize those who worked on the campaigns that unfortunately were not successful this year, we know you had very difficult environments to work in and you should be proud of your efforts:
Finally, SSDP would like to thank and congratulate a few groups who spearheaded the campaigns in Colorado and Washington:
– Campaign to Regulate Marijuana like Alcohol
– New Approach Washington
– Marijuana Policy Project
– Drug Policy Alliance