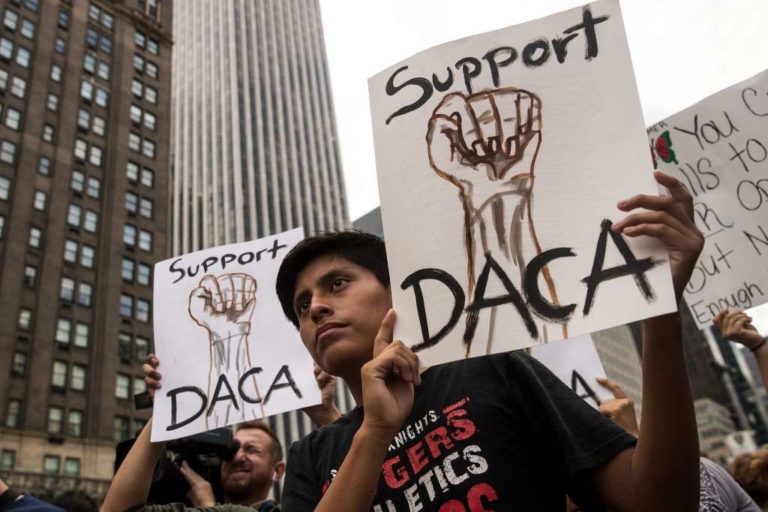 Written by Arturo Lua Castillo, SSDP’s Latin America Policy Intern.  Deferred Action for Childhood Arrivals (DACA) is an immigration policy initiated in 2012 by the Obama administration. The premise of the program is simple; if you were brought to the United States before the age of 16 and lived in the US continuously since June 15, 2007, you are eligible to receive a temporary visitor status in the United States. DACA itself does not grant legal status in the country but it does provide a social security number and a work permit from the Department of Homeland Security along with limited protections from deportation. In doing so, DACA allows an entire generation of college-aged undocumented immigrants to attend college and join the formal workforce. It is impossible to ignore the effects of the War on Drugs on immigrant communities. Many DACA recipients come from Latin America, one of the regions most impacted by drug prohibition. Last year alone, Mexico’s death toll from the War on Drugs was comparable to that of countries affected by more traditional warfare. In fact, Mexico’s homicide rate of 26,000 exceeded that of Iraq and Afghanistan, 17,000 and 16,000 respectively. As the Mexican government places more and more law enforcement responsibilities on the military in order to match up to well-armed cartels, the violence escalates. Violence brought on by clashes between the government and cartels, along with poverty that results from a government incapable of maintaining a rule of law, are the reasons many families flee their home countries. Although the level of violence in the United States is less than that of Mexico, the War on Drugs still affects immigrants after their arrival in the US. Historically, the War on Drugs was used as a way to criminalize African American and Latino communities. The very use of the word “Marijuana” can be traced back to Harry Anslinger’s racialization of cannabis as a foreign threat from the south. We still see this criminalization today in Latino communities through the legal challenge of being either documented or undocumented. Being undocumented essentially makes one’s presence in the country a crime which, much like the War on Drugs, places affected communities at odds with law enforcement. So in both drug policy and immigration policy, minority groups in the U.S. are targeted and criminalized. This is part of the reason why the DACA program was so transformative for many immigrant communities as it decriminalized their presence and opened doors for immigrants seeking legal work, an education, or a formal career. In this way, DACA partially helped to reduce the negative toll of the War on Drugs by giving some of those displaced by narco-violence a chance to properly establish themselves in the United States. It also allowed a means to have our voices heard. Through DACA, many families have been able to break away from the fear of deportation. However, with the recent decision by the Trump administration to end DACA, the future of these 800,000 immigrants is up in the air. As a result, immigrant rights groups have organized actions urging people to call their congressional representatives and implore them to protect the DACA program. Activism on social media has also seen a rise, especially with efforts from Undocumedia and weareheretostay.org who have started the #HereToStay campaign that highlights the stories, struggles, and perseverance of immigrant families. Removing DACA will put DREAMers back at odds with the government and potentially shuts them out of political discourse with the threat of deportation. The same thing happened when Latino and African American communities were criminalized in the creation of the War on Drugs. While many DACA recipients have been outspoken about the need for the program many others do not want to risk their well being and family stability. Because most DACA recipients came into the United States as children and have not returned to their home countries since deportation could mean being sent to a strange land with unfamiliar surroundings. For this reason, it is important that social justice organizations like SSDP and Undocumedia speak out and share stories from the perspective of DREAMers to embolden and speak out for those who cannot or are afraid of the repercussions. We cannot let the end of the DACA program lead to an end to our activism. The struggle of DREAMers and their families has deeply rooted ties with the drug war. Many would not be in the US if not for the War on Drugs and the violence it has brought. DACA has given me the ability to comfortably speak out against the War on Drugs in Latin America from the relative safety of the United States. To do the same in my home country of Mexico could prove lethal. The Ayotzinapa incident in which 43 students were apprehended by police forces and eventually assassinated by local cartels never escapes my mind. But, for that same reason, I believe that activism in my community is crucial now more than ever. Fighting for immigrant rights and ending the War on Drugs, from my perspective as a DREAMer, means bringing an end to seemingly endless and escalating bloodshed back home. Sources: https://www.leafly.com/news/cannabis-101/where-did-the-word-marijuana-come-from-anyway-01fb http://www.huffingtonpost.com/entry/rescinding-daca-was-not-about-immigration-reform_us_59b2d638e4b0dfaafcf7d7d4 http://www.businessinsider.com/mexico-helicopter-kills-cartel-kingpin-amid-cartel-conflict-2017-2 http://www.businessinsider.com/r-mexicos-2016-murder-tally-exceeds-those-of-many-countries-at-war-study-2017-5 http://www.ayotzinapatimeline.org/timeline/