Expectations Vs. Reality: The Concerning Yet Hopeful Nature of UAE Drug Policy 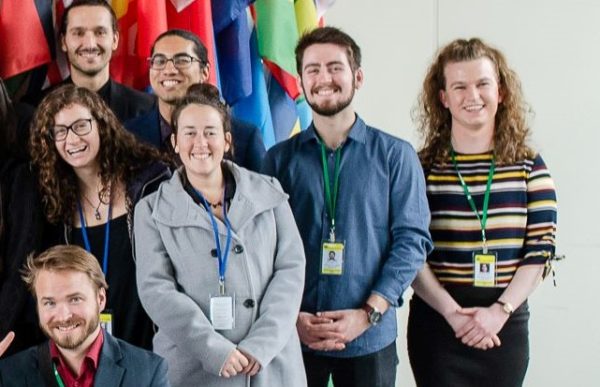 This is an article by former Chapter Leader, Jacob Chagnon ’17, about his experiences running Students for Sensible Drug Policy Abu Dhabi and attending the Commission on Narcotic Drugs. If you’d like to support our non US chapters and our efforts at the United Nations, please donate to the International Activities Fund.

One quick Google search about drug laws in the United Arab Emirates quickly exposes a harsh and sometimes draconian approach to drug use. Travel websites caution foreigners about extreme punishments–up to and including the death penalty–while there are myriad ridiculous stories about tourists with specks of cannabis who face incarceration. At first glance, the state of drug policy in the UAE is concerning.

Nonetheless, look closer and you’ll find promising news: over the last few years, punishments have lightened and policies have changed. Increasingly, those found with drugs or those suffering from addiction are facing doctor referrals rather than jail. During the United Nations 2019 Commission on Narcotic Drugs (the 62nd CND), I had an opportunity to speak with the National Rehabilitation Center, based in the nation’s capital Abu Dhabi. As the ones leading the charge in reforming UAE drug policies, our conversation gave me hope: there is a clear desire to move towards health-based policies, especially for use, and early offenders. Increasingly, people who use drugs are offered alternatives to incarceration, health-based interventions, and anonymity–a protection both from legal issues and family trouble. While slow, progress is underway.

Such is life in the United Arab Emirates. On paper, the laws and punishments are unambiguous, but the reality is often different. This is characteristic of drug policy in general, but certainly in the UAE, and the broader international sphere. The UAE, like many countries, has a long way to go: punishments can still be severe, the protections are often unequal, and people who use drugs are not guaranteed protection. However, if you were uninquisitive, you would not see the change, but dig a little deeper and the desire for reform is there. I encourage all global drug policy reformers to embrace the lessons herein: first, don’t be afraid to dig a little deeper about the disconnect between policy in reality in your nation. And secondly, recognize your country’s shortcomings where they exist, but also scan for the desire for change–and if you find it, engage with it safely and consistently!