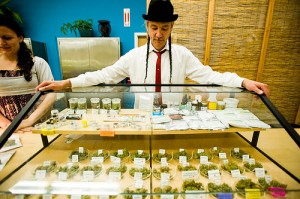 Take action today. Last week, we found out that the California US Attorney’s office plans to seize the properties of Harborside Health Center (Oakland and San Jose) under federal laws that strictly prohibit the distribution of marijuana.This forfeiture is part of a widespread escalating federal crackdown on medical marijuana dispensaries across California that has resulted in hunudreds of dispensaries being forced to shut down. It’s very clear that unlike the majority of other dispensary seizures, that were shut down for violating state medical marijuana laws, HHC is being forced to shut down because it’s size, prominence, and voice in the medical marijuana community. Melinda Haag, the U.S. Attorney for the Northern District of California, even referred to the dispensary as a marijuana “superstore” in a recent media release.

“I now find the need to consider actions regarding marijuana superstores such as Harborside. The larger the operation, the greater the likelihood that there will be abuse of the state’s medical marijuana laws, and marijuana in the hands of individuals who do not have a demonstrated medical need. The filing of the civil forfeiture complaints against the two Harborside properties is part of our measured effort to address the proliferation of illegal marijuana businesses in the Northern District of California.”- US Attorney, Melinda Haag.

HHC released this message in response to the news, and remains calm, citing the fact that they are operating under state law, and have nothing to hide. They are awaiting their day in court, where they feel their case will speak for themselves. As you may recall, Harborside Health Center and co-owner, Steve DeAngelo, are the stars of the National Geographic Channel hit series Weed Wars, which has brought a lot of national attention to the dispensaries operations. Not only is HHC popular, but it also works as a conduit for medical cannabis patient activism within California, which is why many believe it was targeted. “I think Harborside Health Center is being targeted due to its success, popularity and involvement in cannabis activism. While HHC is not within 1000 feet of any parks or schools, as has been the reason for the closure of a number of Bay Area dispensaries, the center has over 100,000 patients in its registry, is often in the news, helps fund drug policy reform efforts, and is a hub of cannabis knowledge.”, said Jason Matthys, Northern Virginia Community College-Woodbridge SSDP Founder and former HHC employee. This ongoing crackdown is having an overwhelmingly negative affect on California residents, as hundreds of thousands of patients are now without safe access to medicine and countless community jobs and tax dollars are withering away. “If Harborside Health Center is closed, it will not only negatively affect Oakland but the entire San Francisco Bay Area, the State of California, and the medical cannabis reform movement. In addition to yearly permit fees, Oakland recently levied a 5% medical cannabis sales tax on all dispensaries within the city, Harborside being the major contributor to this new fund. Oakland alone is receiving about $1M annually from Harborside. State sales tax revenues from Harborside value at about $1.9M annually. The center also employs about 100 people, who would become unemployed overnight. The patients, however, are the ones who really suffer when cannabis outlets are closed.”, Matthys said. As you can imagine, the Northern California medical cannabis community and SSDP is working to fight back against Haag’s barrage on NorCal dispensaries. There is already a large protest planned outside of an Obama Campaign fundraiser that will take place in Oakland on July 23rd, and anyone who is in the Bay Area is encouraged to attend. Additionally, we are asking all of our California students and supporters to contact their congresspersons today and ask them to end the federal crackdown on medical cannabis dispensaries. As Matthys said, “I was happy to read US Attorney Melinda Haag’s suggestion that activists who disagree with her actions contact their Congressional members, as they control her authority over cannabis. Sounds like a job for an intelligent, nationwide group of student activists.” We couldn’t agree more. 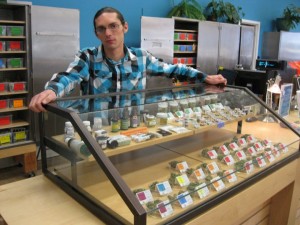