HomeBlog Get the facts on Florida's Amendment 2

Get the facts on Florida's Amendment 2

Get the facts on Florida's Amendment 2

There is a lot of misinformation floating around about Florida’s Amendment 2. Check out the facts here so you are able to combat this misinformation with truth.

These facts are reprinted from http://ballotpedia.org/Florida_Right_to_Medical_Marijuana_Initiative,_Amendment_2_(2014). More facts about medical marijuana and the initiative can be found here.

Pot for Anyone who wants it loophole CLAIM: In reference to the availability of medical marijuana, the website asserts “anyone who wants pot will get it.”

FACT: This is simply not true. In their decision placing Amendment 2 on the November ballot, the Florida Supreme Court affirmed that only patients with “debilitating” diseases and medical conditions would qualify for medical marijuana. 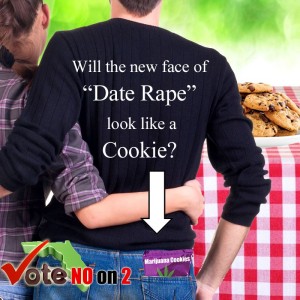 misinformed “No on 2” ad

Teenager Loophole CLAIM: “Teens will be able to legally purchase pot without their parents’ consent.”

FACT: Wrong again. In order to purchase medical marijuana, you would need a doctor’s recommendation. Under Florida law, barring a few extenuating circumstances, physicians are not allowed to provide medical treatment to minors without parental or guardian consent, so this is a groundless concern.

Pill-Mill Loophole CLAIM: Amendment 2 will lead to a “pill mill”-like scenario in Florida. “Pot docs” will “spring up next to restaurants, schools, churches and supermarkets.”

FACT: Look no further than the State of Florida to see that this claim is baseless. The State of Florida’s office of Economic and Demographic Research has already addressed this issue. They have said the physician examination requirement, the application process with the Department of Health, the regulatory structure that would be implemented by that same body and subsequent protective laws that may be passed by the legislature would make this scenario extremely unlikely. (See pages 10-11 of OEDR Financial Information Statement)

Drug Dealer Loophole CLAIM: The website further contends that “felons-even drug dealers” would be able to qualify as caregivers in order to administer medical cannabis to severely ill patients.

FACT: This claim requires the reader to assume that the state will implement Amendment 2 in an irresponsible way. If the amendment is passed, the Florida Department of Health will be tasked with issuing detailed regulations regarding qualification requirements for caregivers. During that process United for Care will fight alongside any organization that, like us, is concerned about making sure nobody with a record of dealing drugs can become a qualified caregiver.

When it comes to the credibility of anything that comes from Drug Free Florida, it’s best to consider the source,” Pollara concluded. “The organization is chaired by Carlton Turner, a former Reagan-era drug policy aide who had to abandon his position following his statements on marijuana leading to homosexuality. If his views were too extreme for the Reagan administration in 1986, how can we take anything he or his organization says seriously?