HomeBlog Getting Sensible in Indonesia

Getting Sensible in Indonesia

Getting Sensible in Indonesia 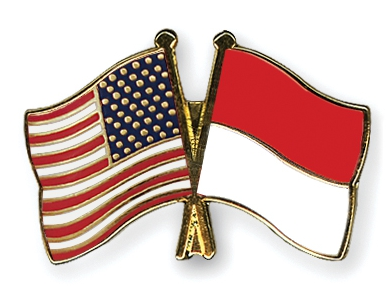 SSDP Outreach Coordinator Jake Agliata is in Indonesia from February 14 to February 25 as part of a cultural exchange program sponsored by the American Council for Young Political Leaders. This is the first of several blog posts that will serve as a small window into what drug policy, direct service, and activism are like in Indonesia. The War on Drugs is a global humanitarian crisis. From aerial eradication programs in Latin America to the inhumane purge of drug users currently being carried out in the Philippines, protecting people from the dangers of drugs has been the justification for some of the most heinous human rights violations in today’s world. To fully end the War on Drugs, it is necessary to look beyond our own borders to understand how drugs are viewed in global cultures, and how governments use drug policy to oppress marginalized groups. With SSDP’s rapid global expansion, now is the time for us to engage with fellow young people from around the world who see the negative impacts punitive drug policy is having on their communities, and invite them into our growing youth movement. This is the primary reason why I accepted an invitation to spend the next 10 days in Indonesia learning about local drug policy, civil society, and direct service. Joining me will be Kaitlyn Boecker of Drug Policy Alliance and our guide Erasmus Napitulupu, an Indonesian student who spent a month in the United States last Fall in both the DPA and SSDP offices for a fellowship. Our first day was gracefully kept short to help us recover from the jet lag, but we had two very engaging meetings that helped set the tone for the next 10 days. Our first meeting was with Holly Zardus, a Public Affairs Officer at the US-Indonesia Embassy, and Hazel Margaretha, the Head of Indonesian Programs for the US-Indonesian Society (USINDO). We had a lively discussion about US-Indonesian foreign policy and where things stand between the two countries. One of President Obama’s most lasting impacts in this region was the infamous Asia Pivot, in which US foreign policy would make a strategic shift of focus from the Middle East to Asia. A huge part of this shift involves creating direct connections between U.S. and Indonesian citizens, including cultural exchange fellowships like the one that brought Erasmus to us. Through these connections, we can not only foster better cultural understanding between our countries but identify our similarities and utilize common goals to create positive change in the region & world. This guiding philosophy struck me as very similar to what SSDP is trying to accomplish with our international program; foster global connections between young people and give them the tools to empower each other to be the leaders of change back home, not to mention at the UN level as well. Our discussion did not include a whole lot of speculation about what changes the new US presidential administration might bring to these relations, but we all agreed that it is within our power to foster connections across borders with or without the help of our governments. 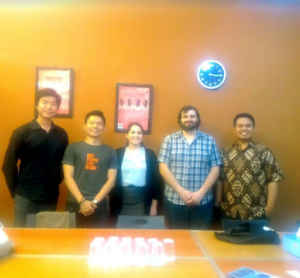 The second meeting of the day was with two members of LBH Masyarakat – Community Legal Aid Institute, a non-profit NGO that provides free legal services for the poor and victims of human rights abuses, including those convicted of drug crimes. They also undertake community legal empowerment for marginalized groups and advocate for law reform & human rights protections through policy advocacy & research. We had a great discussion about legal aid in Indonesia, which for many impoverished people is the only way they can afford an attorney if they are charged with a crime. We also discussed drug policy in Indonesia. Unsurprisingly, Indonesian drug policy is heavily punitive, primarily affects impoverished communities, and is commonly justified by linking drug use to crime and violence. There is not much distinction made between different drugs when it comes to sentencing. The only real “leniency” in the system is the judge’s power to send someone to mandatory rehabilitation instead of jail. Though LBH Masyarakat would rather see no one gets punished due to drugs, one piece of work they do is to convince judges to sentence people to rehabilitation instead of jail, as the later is far more dangerous. Over the course of the conversation, I was surprised by how familiar Indonesia’s policies sounded. In the United States, many cite Indonesia as a prime example of a country that does drug policy wrong. The argument is usually centered around their use of capital punishment for drug offenses, which was a hot topic at last year’s UNGASS and continues to be a source of contention among UN member states as well as in Indonesia itself. However, the two countries have more in common on drug policy than people realize. Like Indonesia, the U.S. implements mandatory minimum sentences for possession of even a small amount of drugs. Like Indonesia, U.S. prisons are overcrowded with nonviolent drug offenders. Like Indonesia, drugs are often stigmatized in the U.S. by linking their use to violent crimes and poverty. Like the U.S., drug policies disproportionately hurt those on the margins of society. This brings up an important lesson; comparing the relative harshness of drug policies among various countries is often unproductive and creates division. We should instead focus on establishing similarities between the issues in our countries to better identify what areas of advocacy we can work on together. Making our country seem superior to others on drug policy when we still hold 25% of the world’s prisoners in American-made prisons, many of which are for profit, is hypocritical and imperialistic. Our day ended here as Erasmus graciously let us have the rest of the day to continue adjusting to the time zone, but overall we could not have asked for a better start. Over the next week, we will be meeting with members of Indonesian civil society, the director of the Indonesia Narcotics Agency, and representatives of Indonesia’s House of Representatives among other government officials. We’ll also be engaging in cultural activities and learning about the history of US-Indonesian relationships. My goal in these next 10 days is to be an active observer to not only Indonesian culture, but the ways in which activism take shape here, especially among young people. Check back often in the next week as I share my experiences and offer everyone else a small glimpse into Indonesian society, politics, and activism.