In the 13 years since I joined SSDP in my first semester at Franklin Pierce College, now University, nothing has been more formative in my development personally or professionally. The way that SSDP’s mission engaged me essentially gave me chances to challenge my situational apathy around problems I didn’t even know existed in the world as a teenager living in suburban Boston. While the first time I encountered SSDP on my way to lunch it was the marijuana reform literature that pulled me over, learning about former Congressman Mark Souder’s Higher Education Act Aid Elimination Penalty was what sunk the hook. I’d been exposed to marijuana reform via the Boston Freedom Rally, or Hempfest as I called it in my youth oblivious to MassCann/NORML’s official moniker. But the spirit of reform was difficult to set in at 17, outside of the civil disobedience of course. With possession still criminal in Mass at the time, it was a smoke weed everywhere and swallow the joint in the event of worst-case scenario lifestyle. But the idea of people losing their access to education over a first time nonviolent drug offense, that was infuriating to me. And then to add gas to that fire, Franklin Pierce’s student government became the first in the nation to vote against joining the Coalition for Higher Education Act Reform. From there I headed to my first SSDP conference. After spending two semesters in the woods of New Hampshire, that first Northeast Regional Conference at SUNY New Paltz introduced me to the network of amazing young activists that made up SSDP’s base. People were working on tangible harm reduction processes, medical marijuana, and decriminalization. I was simply amazed and inspired. 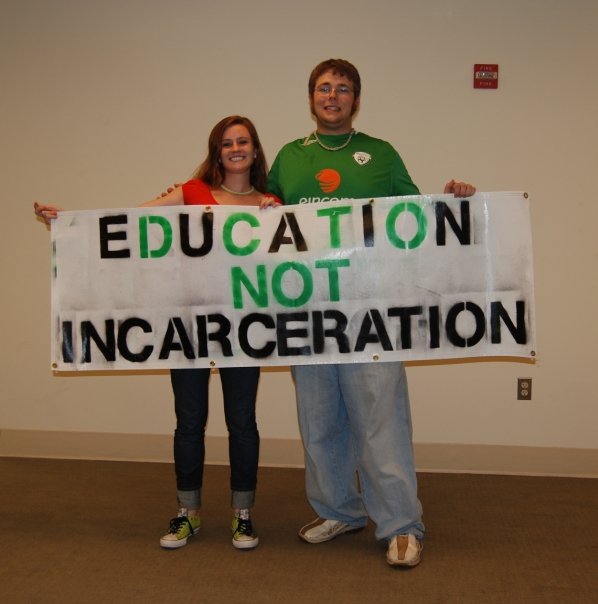 A few years later I’d end up on the Board of Directors and headed out to Washington DC to intern with the Drug Policy Alliance and DRCNet. After having opinion pieces run in The Hill and Chronicle of Higher Education under the DPA flag, I headed back to school for my Senior year. I graduated, and in December 2009 bought a one-way ticket to help relocate one of the nation’s oldest dispensaries in California, The Cannabis Buyers Club of Berkeley. I continued to follow the world of policy while getting my head around California’s industry as it attempted to be compliant with Governor Jerry Brown’s guidelines he issued as State Attorney General in 2008. I’d spend the next five years absorbing as much information about the industry as possible while it evolved into what we have today. In late 2014 I’d catch my big break. Fellow Alumni Danielle Schumacher ‘01 and Shaleen Title ‘02 had founded THC Staffing, and during the initial “it’s a pot staffing company!” media blitz, one of the journalists mentioned they were looking for some help selling ads for their cannabis themes podcast. Danielle put me in touch due to my industry experience, and I ended up being THC Staffing’s second placement. The reporter she put me in touch with was David Downs, one of the leading cannabis journalists in America. Downs had helped found Smell The Truth, the first mainstream media company focusing on cannabis and distributing through Hearst Media’s SFGate.com. After a few months helping with the podcast Downs introduced me to the rest of the Smell The Truth team and I was soon working with them too. Not long after, I mentioned I could help with the writing side if needed since I had BA Journalism, and pretty soon I had my first byline in SFGate. Over the last couple years, I’ve had the pleasure of contributing to the SF Chronicle, The East Bay Express, GreenState, 7×7, and Ed Rosenthal’s recent book This Bud’s For You. Since 2016 I’ve served as the staff writer at Cannabis Now Magazine. All of this is directly attributed to my time as time as a student activist with SSDP. Being a pot Journalist is basically the coolest job in the world. SSDP not only gave me the understanding fast-moving policy world but the chance at an opportunity to prove it. This blog is part of a series of alumni-authored posts during #SSDPalumni Week, our annual Alumni Association membership drive. Become a member today by 1) Joining the Sensible Society and 2) submitting a short info form.