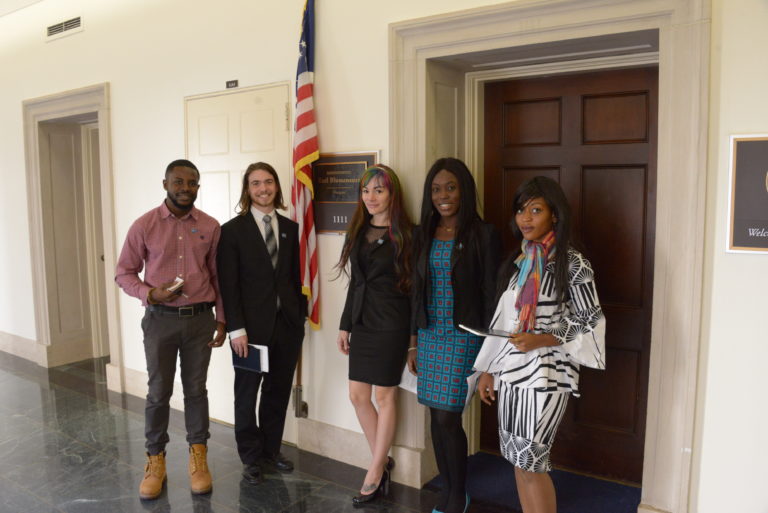 Yesterday, we made history! The US House of Representatives voted 267-165 to prevent the Department of Justice from spending any funds to interfere with state marijuana laws. Not only did the House send a clear message that federal marijuana prohibition must end, the House also voted to redirect $5 million away from the Drug Enforcement Administration into the Comprehensive Opioid Abuse Program, which allows drug addiction to be treated as a public health issue.

To achieve this victory, our allies worked tirelessly to obtain as many Yes votes as possible. We reached out to every House Representative we could, we gathered information from private lobbyists, congressional offices, and everyone who works on anything marijuana on Capitol Hill. It was a long, collective effort to sure up the Yes votes, and it was a massive effort to mobilize our grassroots members to call and email their Representatives and make our young voices heard. Thank you to everyone who helped put pressure on Congress! Your work paid off, but now, the hardest work begins.

Yesterday’s vote in Congress highlights the growing power of the marijuana reform movement and an increasing awareness by our leaders that the policy of prohibition and criminalization has failed. Though we had a “win,” we cannot yield, we cannot rest. From here, the bill will go to the Senate for a vote, and getting our Senators to vote Yes will be much harder than it was to get our Representatives to do so. We will alert you when it is time to put pressure on our Senators. Until then, we need everyone to keep talking to your friends and allies about marijuana legalization legislation grounded in a commitment to correct the harms of marijuana prohibition. While the full passage of these amendments will protect existing state marijuana laws, thousands of people across the U.S. will continue to be arrested and imprisoned for marijuana offenses. This is why it is so crucial for us to demand more from our legislators.

We still need additional federal legalization legislation which removes marijuana from the Controlled Substances Act. Such legislation must allow for automatic and retroactive expungement for marijuana offenses as well as provide fast and retroactive pathways for individuals currently serving time to be re-sentenced. Federal legalization legislation must establish a community reinvestment fund to provide support for communities which are targeted under prohibition. Community reinvestment means reentry services and job training, new public libraries, and legal assistance for expunging records.

As leaders at the forefront of the marijuana policy reform movement, we must set high expectations. We need provisions to protect immigrants from deportation when marijuana is the only “crime” involved in their case. We need federal legalization which demonstrates meaningful equity in the industry: small business loans to be granted to applicants who have been directly impacted by marijuana prohibition, and hiring practices at dispensaries which prioritize employing directly impacted individuals in their business.

The days of state-by-state marijuana legalization are fading, and it is on us all, no matter where we live, to call in a brighter future of federal marijuana regulation. As an activist on the frontline here in D.C., I know legalization legislation rooted in racial and social justice is not just possible, it’s already on the way. Join me in pushing for progress and together, we won’t just end the War on Drugs, we will shape a better world where drug users are treated with humanity, kindness, respect, and support.

Take action today to support federal marijuana legalization that takes yesterday’s victory even further, legislation is on the way which is firmly rooted in social justice measures and legislators need to hear that this victory was a huge but not the final step! And remember: Wednesday June 26th is International Support Don’t Punish Day of Action. What will you do next Wednesday to show your support for people who use drugs?