“I’m Sorry… Students for What?” 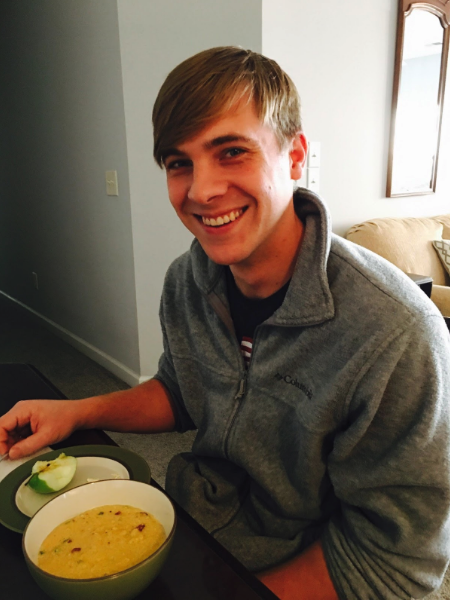 In 2016, I walked into a Contemporary Liberalism class at the College of Charleston.  I was an aspiring Political Science Major with little to no direction. I had no idea what I wanted to be nor did I know what I wanted to do. I believe everyone goes through this at some point during their college tenure; I went through it until I reached my last semester of college. Then I met Daniel Miles ‘14, VP of SSDP at The College of Charleston. I remember hearing him mention something that sounded important the semester before, but like most things I heard in college, I forgot. We were working on a presentation for class and he said he was part of Students for blah blah blah.  I said, “I’m sorry… students for what?” He responded with, “Students for Sensible Drug Policy.” I was intrigued, so I went to my first meeting the next week.

I did some quick research online to find out what SSDP was and saw a drug war clock on the website that displayed how much money has been spent on the War on Drugs this year, how many people had been arrested for nonviolent drug offenses, etc. All of the numbers were increasing at a staggering rate, like an electricity meter. Needless to say, I was hooked immediately. I walked into the meeting, registered for the 2016 International SSDP Conference and got to work trying to bring Naloxone access to my campus. I worked tirelessly and took in all the information I could behind Narcan and the opioid epidemic. I studied it as if it was my major. Having known so many people who struggled with substance use disorder on a personal and intimate level, I was determined. We passed the Naloxone access policy on campus and I graduated college.   I struggled to find any direction after college. I bounced from job to job talking about the opioid epidemic but never taking any action. I was completely and utterly lost. I woke up one day and decided this wasn’t for me anymore. I called Scott Cecil ‘10 to resign from my position as President of the Southeast Regional Alumni Association board, but then unexpected happened: he told me to keep the position until the next election. I agreed and got to work. A short time after that, still at a low in my life, I started to think about what SSDP does on campus  I was just going to try to recreate what we did on a broader scale. A 911 Good Samaritan policy for South Carolina was on my radar.   I worked with local officials, state reps and senators to push for the bill to get passed. I met so many amazing people along the way and asked for more help than I would like to admit. But the bill got passed and I had utilized what SSDP had taught me to create something. After the legislative session was over I started to think about what else I could do. I reached out to an old coalition that used to operate in the lowcountry of South Carolina. While the coalition was broke due to the death of the leader, George Warren, I was able to get a hold of the last remaining member. A week later we met with another fellow interested in helping and the South Carolina Harm Reduction Coalition was born.  Keeping in contact with my local chapter of SSDP, I was able to bring Daniel Miles ‘14 on board. We traveled to North Carolina for the North Carolina Harm Reduction Coalition conference and got a fiscal Sponsor and our LLC. We were really doing it! If it was not for SSDP, none of this would ever have happened. They gave me the tools and the direction to take what was being done on campus and translate it to a statewide agenda. I utilized the incredible SSDP alumni network to help me with my direction.  Jeremy Sharp ‘12 from Georgia and I spoke for hours on how to navigate everything I did. Without him and the resources I found through the SSDP network, I would have failed miserably. SSDP gave me a network of knowledgeable and trustworthy people who had the same passion as me. Because of this, I now have two great friends and a Coalition. When I tell people where I started, I tell them I started with Students for Sensible Drug Policy. They reply with, “I’m sorry, Students for what?” This blog is part of a series of alumni-authored posts during #SSDPalumni Week, our annual Alumni Association membership drive. Become a member today by 1) Joining the Sensible Society and 2) submitting a short info form.