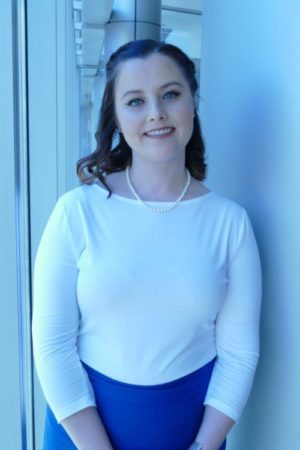 How did you hear about Students for Sensible Drug Policy?

I met Scott Cecil at the Cannabis Law Institute at George Washington University Law School and he told me all about SSDP. Scott also mentioned he was a regular guest on a podcast titled Marijuana Today. I started to listen to the podcast, which was created and is currently run by SSDP alumni. They all spoke so highly of the organization that it made me want to learn more.

As a law student, a drug policy reform advocate, the spouse of a medical marijuana patient, and a supporter of medical marijuana who is excited about the evolution of access to cannabis in New York, I wanted to find like-minded people who also want to make meaningful change to our current drug policy. I have witnessed the harms of drug use: overdose deaths, disease from used needles, and the harms perpetuated by the prohibition on drugs, as well as ineffective drug policy – criminal justice-centered drug policies which separate families and stigmatize people for life. I have also witnessed how loved ones have benefited greatly from the use of medical marijuana for chronic pain, Parkinson’s disease, and PTSD. It is my belief that there are many other people whose lives will be improved from safe, legal, and affordable access to this medicine. It is my goal to play a part in making all of these things possible one day.

What has the reception been like on campus? From students, teachers, administration, etc.

Honestly, the reception from students, teachers, and administration has been warm. While there are obviously a few conservative members amongst that crowd, overall, people are interested in learning more.

Some of the events I would like to plan include lobby days, a voter registration drive, and substance use education.

By far, the most challenging part of my experience in starting an SSDP chapter on my campus has been getting enough active members to be recognized on campus as a student organization.

The most rewarding part is the feeling that I am part of a bigger movement of like-minded people, actively trying to help people and improve society.

What are you most excited about for your chapter/school/state/region right now?

I am most excited about lobbying to get adult-use cannabis legalized in New York State.

What is your vision for your SSDP? Where do you see your chapter in a year? in 4 or 5 years?

My vision for “MY” SSDP would be participating in active state drug reform policy work and lobbying for changes to it. My concerns about our current drug policies, which focus on mass incarceration of non-violent drug users, and racial injustice in sentencing disparities, could not be more relevant and necessary than in today’s drug policy climate, which predominately addresses drug use policies from a criminal justice perspective, instead of a more appropriate public health perspective. In the next 1-4 years, I would love for the NYLS chapter of SSDP to have a large active membership that has helped our community effectuate change to its drug policies.