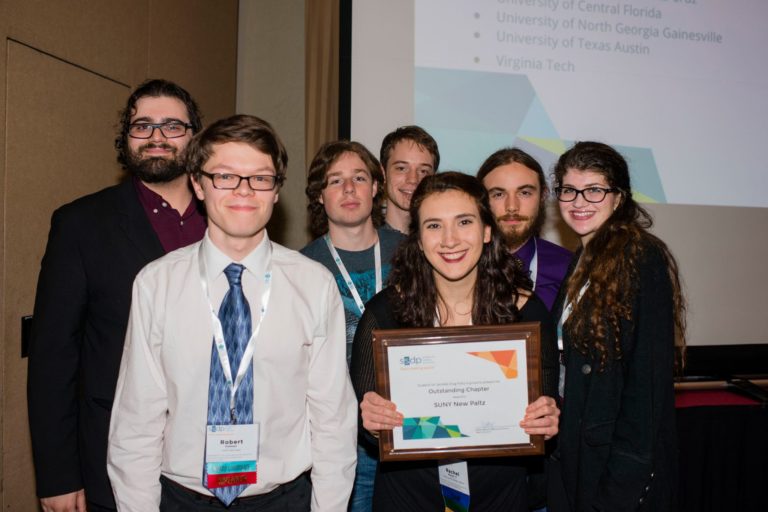 My journey into drug policy reform started at SUNY New Paltz in 2016. About a decade before I started attending, the school instituted draconian drug policies in a futile attempt to change their party-school image, including a two-strike marijuana expulsion policy and a one-strike controlled substance expulsion policy. This policy change was followed by a dramatic increase in police activity and arrests, culminating in 2013, when New Paltz had the highest rate of drug arrests of any public school in the United States.

The police crackdown implemented by the school against its students spurred the creation of a Students for Sensible Drug Policy chapter in 2002 and multiple campaigns against the undue police presence and the punitive strike-based policies. One of these campaigns was led by my colleague and friend Rachel Wissner ‘11, who is the current Development and Events Associate for SSDP. In 2018, New Paltz SSDP’s last campaign against the policies officially succeeded, with the administration passing new rules based on recommendations I drafted. The two-strike marijuana and one-strike controlled substance policies were replaced with a sliding scale of punishments based on various factors in the student’s academic and personal life. It was a stunning achievement for our chapter and the student community at large. Following school, I took these skills to campaign organizing and further drug policy advocacy in Rhode Island, all while serving on SSDP’s International Board of Directors. These campaigns, as well as my lobbying experiences with VOCAL-NY and DPA in the New York State Capitol, provided the backdrop for my views on advocacy and activism in the drug policy reform space.

As the incoming Movement Building Fellow for the Pacific, Midwest, and Northeast Regions, I am looking forward to connecting with students across the U.S. to advocate for reform in communities with wildly ranging drug policies. Furthermore, I am excited to see how SSDP can help student members connect to their communities and advocate with those outside of campus. I believe we serve our communities better when our activism is less siloed in campus communities that tend to be more homogenous than the surrounding town or city. I am very excited to be working alongside SSDP staff, most of whom I have been closely involved with for multiple years as a student, Board member, and dedicated alumnus. I am so thankful to be working for an organization that heavily involves its constituency and values its input. It is easy for student voices to go unheard in larger organizations and movements, and I have always been very appreciative of the power that SSDP gives to its members.

Finally, if you’re in one of the regions mentioned above, please email me at robert@ssdp.org and schedule a call with me! (if you are outside of these regions, feel free to email me also. I’d love to speak with you as well.)  I’m diving headfirst into calls with chapter members to prepare for the upcoming semester and to meet all the great SSDPers out there.

Let’s end the War on Drugs!