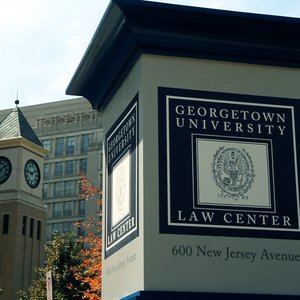 I’m thrilled to introduce our newest SSDP chapter in Washington, DC: Georgetown Law SSDP! Chapter leader Andy Gargano got the chapter started up just in time to host an interest meeting at the end of the semester, and has put together a solid crew of young activists who are looking forward to ending the drug war. I spoke with Andy about his vision for his chapter and what’s next for them: How did you hear about SSDP? I first heard about SSDP through Students for Liberty and spoke with SSDP members at conferences. Some of our group’s members were involved with SSDP as undergrads. Why did you want to get involved/what made you decide to start a chapter? The school has had a few events on criminal justice reform, but there still seems to be a need for a greater discussion on drug policy. So I wanted to start the group so that we could improve the law school community’s knowledge of drug-related issues, and create an environment where we can discuss and debate drug reform issues. From other students I’ve talked to, there seems to be interest in the issue as well, so I believe SSDP can help fulfill those goals. What has the reception been like on campus? From students, teachers, administration, etc. Since we’re still in the early stages of setting up the chapter, there hasn’t been much reception; although, a number of students have told me that they were involved with SSDP in undergrad and are interested in getting involved as a law student next fall. What are some of the things you have planned or want to plan for next semester? We’d like to hold some lectures and/or panel discussions with both those in the drug reform movement and current government officials. We’ve discussed holding a federal lobby day to go and talk about drug reform. We also really want to get involved with local drug reform groups and find ways to get involved in pro bono work helping people in the DC area who are facing drug charges, and there is a lot of student interest in pro bono work. What is the most challenging part of your experience starting/running the chapter so far? The biggest challenge so far has been trying to start a chapter while in my first year of law school, and trying to together other people, who are also overwhelmed with their first year and have little time. What is the most rewarding part? It’s been really great meeting and talking with other law students who are really interested in and passionate about drug policy reform. What are you most excited about for your chapter/school/state/region/ssdp/drug policy right now? We’re really excited about adding more members and holding events next fall to encourage more people to get involved. We think that SSDP will be a great way to bring together other student groups (Fed Soc, ACLU, etc.) on an issue that they all can agree on. What is your vision for Georgetown Law? Where do you see your chapter in a year? in 4 or 5 years? Our vision is to create an environment to discuss drug law reform both at Georgetown and in Washington DC. Our vision is to help inform students of recent developments in drug law/policy, and to help find ways in which we can use our comparative advantages to make a difference. We also want Georgetown Law SSDP to be really involved in the community and aim to help our members use their new legal skills to actively work on drug-related pro bono projects.