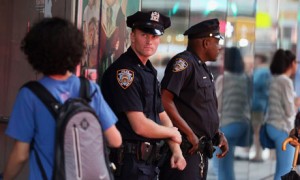 New York judge Shira Scheindlin has ruled that New York’s stop-and-frisk searches are unconstitutional and has ordered that a federal monitor oversee the police reform. New York’s stop-and-frisk policy has seen the New York City police stop an estimated 5 million people in the past decade. Though about 9 out of 10 have walked away without consequence from the stop, the stop-and-frisks have overwhelmingly targeted young African American and Hispanic men. Scheindlin ruled that the practice violates both the 4th and 14th amendments to the Constitution, stating that stop-and-frisks violate rights to privacy and equal protection under the law. This ruling, and mandated reform of the police policy, is a victory for sensible drug policy. SSDP has long criticized stop-and-frisk practices for their violations of privacy and for their targeting of young people of color. Reforming the practice will stop unjust violations of privacy and racial profiling, and is a key first step on the road to more sensible policy.