HomeBlog News Legalization Enthusiasm on the March in Latin America

Legalization Enthusiasm on the March in Latin America

Legalization Enthusiasm on the March in Latin America

In a region where drug possession is already widely decriminalized, there are now signs of enthusiasm for farther-reaching reforms. In the wake of the first marijuana legalization bill passed in Latin America, there are signs that some other countries in the region are interested in following Uruguay’s example. The movement is not limited to poor or relatively wealthy countries, and includes some from the left, right, and center. This is particularly important for countries where organized crime and paramilitaries, largely funded by drug trafficking, contribute to some of the highest murder rates in the world. Juan Carlos Molina, the head anti-drug official in Argentina, has told local radio that his country “deserves a good debate about this.” He also noted that the socialist Argentinian President Cristina Fernandez de Kirchner is also interested in a new approach to drug policy. A 2012 poll from Asuntos del Sur suggests that the South American nation’s young people overwhelmingly support such reforms. The study was limited to people between the ages of 18 and 34. Sixty-eight percent of respondents in Argentina agreed that drug use should be treated as a public health issue, while eighty-one percent approved of drug legalization. About 70 percent agreed that recreational drug use is an individual right. Chile may also be the site of drug policy reforms in the near future. The country’s Socialist president Michelle Bachelet was re-elected in November. Her campaign platform included re-examining the current classification of marijuana as a hard drug. Unlike the situation in Uruguay, the idea of a legal market for drugs seems very popular among the general Argentinian population as well. In the poll already mentioned, support for drug legalization was very nearly as overwhelming in Chile as in Argentina, as was support for the right of individual drug use. The area of South America containing Argentina, Chile, and Uruguay is known as the Southern Cone. The region is notably more developed economically than most of Latin America. This is not to say, however, that drug policy reform only has support in the wealthier countries in the region. 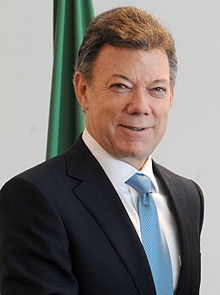 The current president of Guatemala, where the majority of the population lives in poverty,1 has also been vocal in support of reform. Otto Perez Molina has called for legalization of drugs, including at the United Nations, pointing out that the War on Drugs has consistently failed to achieve its goals, and that legalization would help combat drug-related crime. This is a particularly serious problem in Guatemala, where the murder rate is one of the highest in the world. The example of Molina also proves that this is not merely a left-wing cause in the region. Molina, a former general and member of the right-leaning Patriotic Party, came into office with promises to crack down forcefully on organized crime, including even deploying the military in the streets. Soon after his election, though, he apparently became convinced of the futility of such measures. Former president of Mexico Vicente Fox has openly come out in support of legalization as a means to weaken organized crime. He is also arguably center-right; his party, the National Action Party (PAN), is a member of the Centrist Democrat International. Henrique Fernando Cardoso, the former president of Brazil, recently co-wrote an op-ed to a similar effect. Cardoso was a member of the centrist Brazilian Social Democracy Party. Juan Manuel Santos, president of Colombia, and former Minister of Defense under his conservative predecessor Álvaro Uribe, recently became another example of high-profile advocacy for a debate on drug policy reform. Santos was supported in his latest re-election by the country’s Conservative Party, and has been characterized as “center-right” or an adherent of a centrist “third way.” He is also hardly inexperienced in dealing with organized crime, so this is not a matter of mere academic speculation for him or for Colombia. One writer for the Observer characterized Colombia as the country which has “has suffered more than any other…at the hands of narcotics traffickers.” Colombia has been engaged in armed conflict with paramilitaries and guerrilla groups including the FARC (Revolutionary Armed Forces of Columbia) since the 1960s. Several of these groups have been accused of involvement in drug trafficking, and competition from a legal market would certainly hurt their funding.