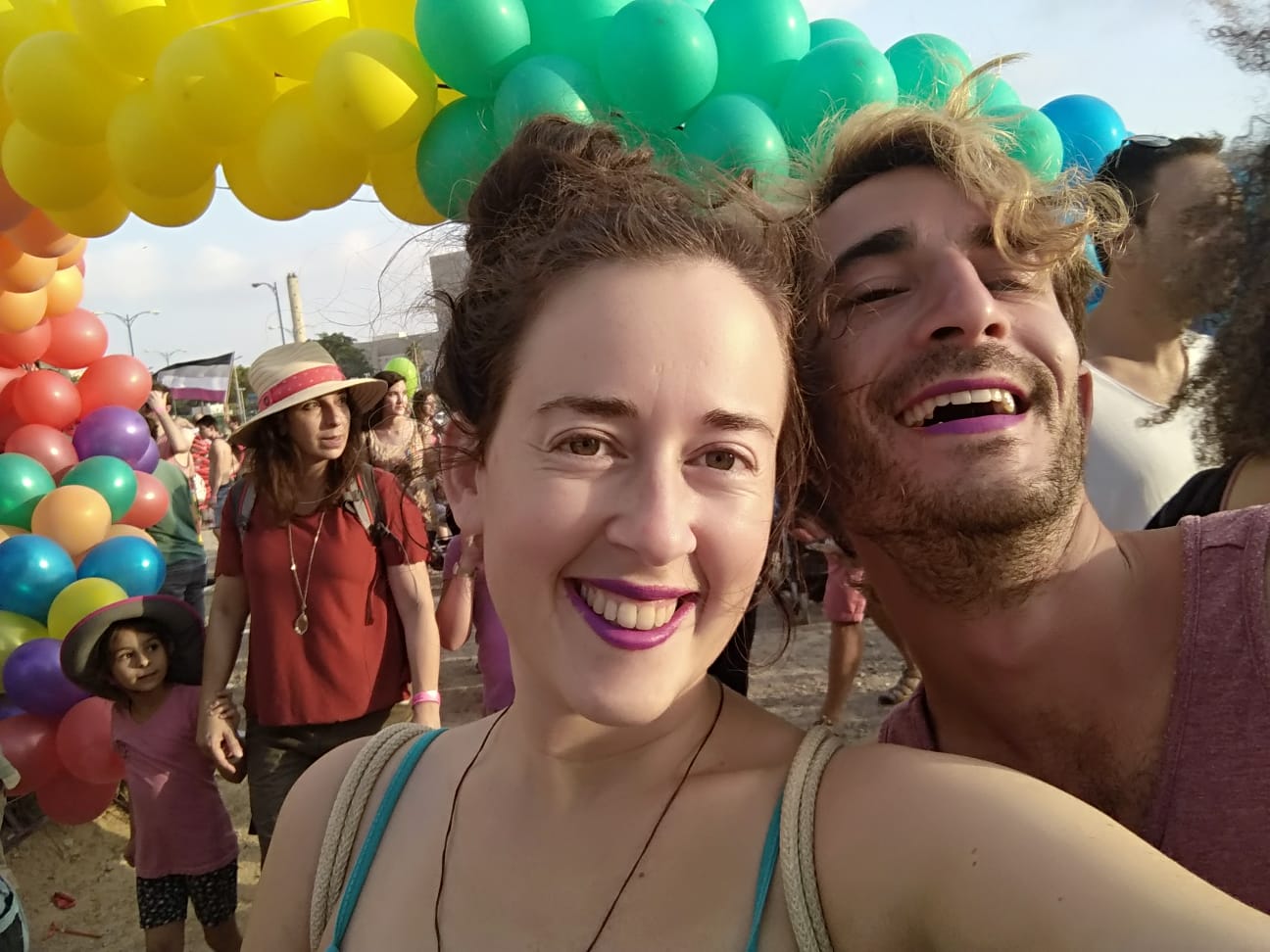 When I first received a drug checking kit from a friend this past May during a large music festival, I was skeptical about how much the kit would actually help. However, I also knew that the drug scene in Israel, like any country that prohibits the use of drugs, was a “wild west” where the purity of substances is not guaranteed. I could no longer believe that synthetic substances are pure and safe just based of the assurance of those who sell them. This is why I was so happy to meet a group of talented people taking action to change this situation, and why I am excited to use the platform SSDP has provided me to help expand the work they are doing.

“The festival scene in Israel is littered with false information and myths, even though valuable information is just a Google search away,” says “A,” one of the founders of a new grassroots harm reduction initiative called High Society. “People trust their dealers because they are friends, and that is a naive stance in an unregulated market. This also shows in our tests. Dealers take advantage of this misinformation to sell inferior products under false names. Our hope is to educate people and create a safer market.”

It all started when A was seeking information about safely using MDMA, a popular substance among many different populations and social classes in Israel. This group of friends had been attending festivals in the US, Europe, and Israel for years, and they were becoming aware of the harsh effects that MDMA and other substances can have on the body. “D,” another founder of High Society, says “At a festival in 2016 I was given a homemade pack of supplements to take while using MDMA. Right around that time I got interested in harm reduction and started to read about the precautions one needs to consider while rolling. Then, at a festival in 2017, a friend and I made 60 packs of these supplement packs to share with our friends, and added different kinds of reminders such as ‘drink water,’ ‘don’t re-dose,’ the recommended amount per body weight, etc. Almost everyone we gave it to said it helped them recover but also made them more mindful of their use. During that same festival, a friend used a drug-checking kit and found big batches of bath salts that were sold as MDMA. We felt like we should take this to the next step as we realized how unaware the Israeli crowd is regarding the safe use of MDMA.”

So they got to work: Several of the group members are or had been involved in neuroscience and biochemistry research. They had the knowledge and training needed to produce their own Marquis Reagent, a substance suited for detecting MDMA and amphetamines. They did their research and came up with a list of equipment needed to produce a large enough amount to give out at a large festival that most of them were planning on attending. One of the members had been doing this individually as a personal gift to friends along with giving out supplements, but realized that to reach more people, he would need help.

Another challenge was fundraising and distribution, as the communication all had to be in a low-profile manner. This was because the large festival’s production team did not want it to seem as though they were backing a group that was claiming substance use was happening at their event. This is a recurring problem in Israel — and around the world — since festivals are scared to lose their licenses, even though there are no actual laws prohibiting drug checking specifically. They used an app for collecting funds and spread the word through friends, trying to get the word out to as many people possible. Eventually, some of the funds were collected by selling the supplement and vitamin kits they put together, and some were raised by donations for the testing kits.

The opening day of the event came, and they were ready. People who had pre-ordered supplement kits were given an agreed-upon spot to meet and were given the kits with an extensive explanation of how to use them, how to avoid risks, and generally how to use MDMA safely. They added the test kits as a gift and gave an explanation on how to use them. They urged whoever received a kit to test for other festival attendees, and to send them pictures of the results, so as to try and collect statistics about adulterated MDMA at the event.

A shared that “I feel like the more people know about it, the more they wanted to support it. In fact, our numbers grew after the event and I think that it will only increase with time.” The best thing that I think came out of the initiative was seeing people asking questions and broadening their awareness on this issue. Many Israelis don’t have the level of English needed to reach the relevant information online, even if they do want to know more. D told me her favorite part of this project was going around and talking to all the people, answering their questions, and giving them the information they needed. “And even if just 5% of the people I talked to get it, this means there are more agents who can spread the word,” she says.

A shares that “Some fears did show up. People were afraid that they were doing something illegal by owning the test kits, and some were worried about the safety of using them. But the biggest issue was the backlash from event organizers who didn’t want to associate their event with drug use. This kind of behavior is counter-productive and could in some cases lead to worse situations. There have been many cases of deaths at festivals because organizers were not prepared or neglected the situation. Nowadays, a more progressive movement is visible in Europe. Events like BOOM or Fusion offer drug checking on site. Event organizations such as Checkit in Austria or the English The Loop in the United Kingdom offer drug checking as a service to events. I hope that such a movement will also be possible in Israel someday.”

I am personally hoping the same. But until this happens, we must also educate ourselves and our friends about safe use. I asked the High Society members about some tips SSDP Israel can share with our peers. A said: “There are many good resources on the internet. Websites such as Erowid, Psychonaut Wiki, TripSit, and the SSDP Alumni-led DrugStory can give you technical details and enough knowledge to have a safe experience.” D added: “Rollsafe.org is a good, down-to-earth site that is recently updated. If you want more science there are links there to research so this is why it is great.” N, another member, concluded “read about any drug before you do it. Know the Dos and Don’ts, know your dosage, and don’t forget that the inner setting is just as important as the outer setting.”

So, what’s in store for the High Society in the future? A hopes that their activities will expand. “In the long run though,” he says, “a more organized approach should be taken, that would take drug checking from the reagent test kit to a more sophisticated and precise method such as HPLC or infrared spectroscopy. Our current tests are not sensitive to substance mixes and give no information about substance quality and purity. This will be solved with the more complex, but more expensive methods. I do believe that there are thoughts about going in that direction. Let’s hope for the best!”

I believe this is where things should be progressing to in Israel, and with a bit of Israeli “chutzpah” from our slowly growing SSDP community, it’s just a matter of time until events and festivals will take pride in hosting on-site harm and risk reduction booths. We plan to use our platform to support High Society by showing festival organizers that drug checking is safe for them to have at their events. To do so, we need to organize educational harm reduction seminars throughout the country. This will help create a safer environment for everyone in Israel.