HomeBlog Mexico: Instead of Denying Crimes Against Humanity, Commit to Drug Policy Alternatives

Mexico: Instead of Denying Crimes Against Humanity, Commit to Drug Policy Alternatives

Mexico: Instead of Denying Crimes Against Humanity, Commit to Drug Policy Alternatives 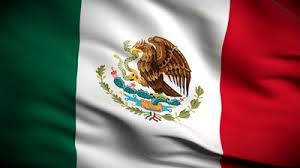 Written by Camila Ruiz Segovia, an intern with the Drug Policy Alliance and a member of Brown University SSDP. This piece first appeared on the Drug Policy Alliance Blog. Earlier this month, the Open Society Foundations published a ground-breaking report, “Undeniable Atrocities”, which accuses the Mexican government of committing crimes against humanity during Mexico’s Drug War. The work presents evidence compiled over three years by the Open Society Justice Initiative and five Mexican human rights organizations. The report concludes that there is a reasonable basis to believe that Mexican governmental forces have committed crimes against humanity including massacres, extrajudicial killings, and forced disappearances. Published on the tenth anniversary of the launch of Operation Michoacán, the militarized offensive that officially started the War on Drugs in Mexico, the report is a timely reminder of the devastating effects of the current drug prohibition regime in the country. Despite indisputable evidence presented in the report, Mexican President Peña Nieto’s administration rejected the report’s findings within a day of its publication, contending that Mexico is committed to human rights. But for the thousands of victims of human rights abuses perpetrated by the country’s armed forces, President Peña Nieto’s claims are insulting. By denying the report’s findings, Mexico is missing an opportunity to bring justice to the victims of its failed drug policy. Rather than dismissing the report, Mexico should utilize the evidence to consider the limitations of its current approach and to commit to drug policy alternatives. The War on Drugs has fueled human rights violations in Mexico. Even though the government claims that organized crime is responsible for the increase in violence in the past decade, state-perpetrated abuses have become harder to sweep under the rug after the occurrence of major atrocities such as Tlatlaya and Ayotzinapa. In June 2014, 22 civilians, allegedly belonging to a criminal group, were murdered by Mexican Army soldiers in the town of Tlatlaya. In September 2014, 43 college students from the Ayotzinapa Rural School went missing after a confrontation with the municipal police of Iguala. As cases of forced disappearances and extrajudicial killings, both of these tragedies constitute crimes against humanity. While Peña Nieto’s administration contends that both of Ayotzinapa and Tlatlaya were exceptional cases, evidence shows otherwise. In 2011, Human Rights Watch issued a major report that concluded that Drug War policies in Mexico have “resulted in a dramatic increase in grave human rights violations.” Last month, the New York Times published an article arguing that “the Mexican Army kills eight enemies for everyone it wounds.”  The Open Society’s report is the latest piece of evidence highlighting state-perpetrated crimes in Mexico. However, Peña Nieto’s administration has chosen to maintain policies of militarization in spite of extensive evidence demonstrating the elevated human costs of the War on Drugs. A decade after the implementation of these policies, Mexico has not explored alternative approaches for dealing with the issue of drug trafficking in the country. Ironically, Peña Nieto expressed his interest in drug policy reform during the 2016 United Nations Special Session on Drugs (UNGASS). “We must tackle the world drug problem from a human rights perspective, and modify the highly punitive approach”, the President said during his speech at the UN. But without action, his words are meaningless. As long as the Drug War continues, State authorities are likely to perpetrate more crimes. The War on Drugs is a failure that has cost the lives of tens of thousands of Mexicans. President Peña Nieto has already recognized the shortcomings of the current drug paradigm and presented drug policy alternatives at the 2016 UNGASS. In light of undeniable atrocities, Mexico should now commit to implementing such policies.