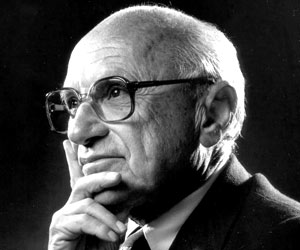 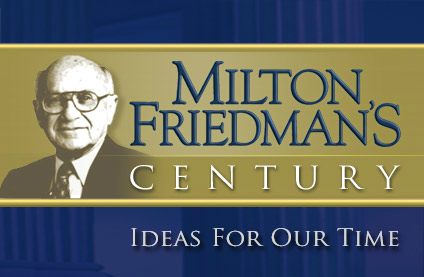 2012 is the centennial of Milton Friedman’s birth, and the Free To Choose Network has organized a worldwide effort to celebrate the winning ideas of freedom. The Free to Choose network is offering organizations like SSDP, and our chapters, many ways to get involved in the celebration; including documentary screenings, speaking engagements, and a “what Milton means to me” video contest with a top prize of $1200. Many of you may know Dr. Friedman as the Nobel Prize winning economic analyst and outspoken proponent of the economic benefits of drug legalization. You also may recall that in 2005, he lead a list of over 500 U.S. economists who supported a Harvard University report on the failed economic policies of marijuana legalization, and continued to speak out against the drug war leading up to his death in 2006. Here is what Dr. Friedman had to say about the the benefits America would see by ending the drug war:

“I see America with half the number of prisons, half the number of prisoners, ten thousand fewer homicides a year, inner cities in which there’s a chance for these poor people to live without being afraid for their lives, citizens who might be respectable who are now addicts not being subject to becoming criminals in order to get their drug, being able to get drugs for which they’re sure of the quality. You know, the same thing happened under prohibition of alcohol as is happening now. Under prohibition of alcohol, deaths from alcohol poisoning, from poisoning by things that were mixed in with the bootleg alcohol, went up sharply. Similarly, under drug prohibition, deaths from overdose, from adulterations, from adulterated substances have gone up.”

Milton Friedman’s Century is an excellent way to stimulate the conversation about drug policy reform on your campus. If you are interested, contact your regional SSDP staff member to learn how you can get involved in this project, and host an event on your campus today.