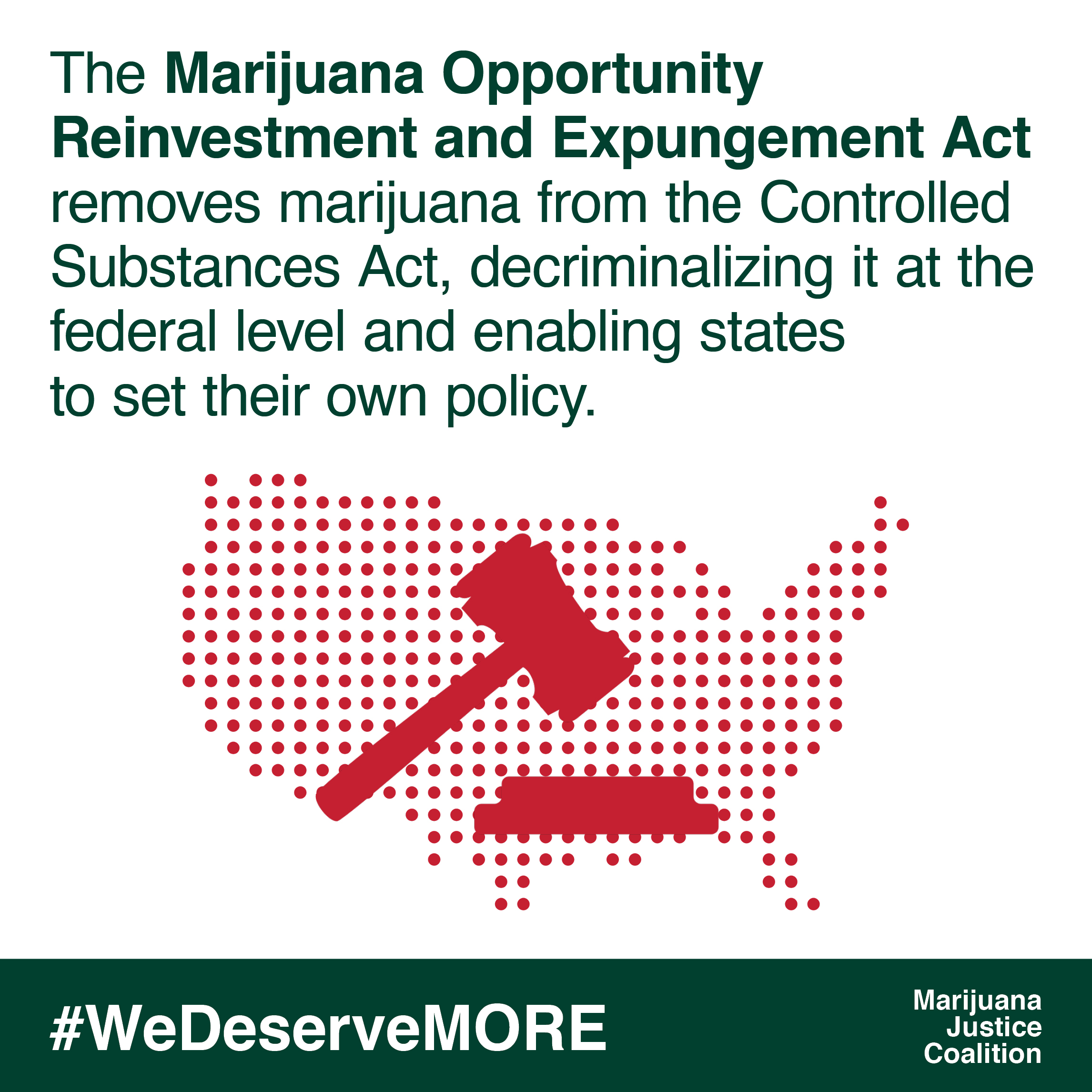 Today, Representative Jerry Nadler (D-NY) and Senator Kamala Harris (D-CA) introduced groundbreaking companion legislation in the United States House of Representatives and Senate to address the state-federal conflict in marijuana laws by removing marijuana from the federal Controlled Substances Act and establishing cannabis as a legal product which may be regulated by the states. Unlike previous legislation, the Marijuana Opportunity Reinvestment and Expungement Act of 2019 (MORE Act) comprehensively addresses the economic, social, and criminal justice inequities created through the criminalization of marijuana. This is the legislation we’ve all been working for, please take action right now to show your support!

Students for Sensible Drug Policy strongly endorses and urges passage of the MORE Act, the most comprehensive bill to remove marijuana from the Controlled Substances Act while addressing the direct harms of its prohibition. The MORE Act sets the federal standard of developing an expungement process for marijuana crimes, investing in the communities most harmed by the War on Drugs, and providing support for cannabis entrepreneurs from such communities. Successful state legalization of cannabis for adult or medical use has answered the question, “Should we legalize?”, and brought us to questions of “How?” The MORE Act is how we should legalize cannabis — an answer that is as bold as it is pragmatic.

Marijuana prohibition has inflicted such severe devastation that merely ending the harm is not enough; it is our obligation to repair the harms. The Marijuana Opportunity Reinvestment and Expungement (MORE) Act is SSDP’s preferred federal cannabis reform bill. Take action today and tell your legislators we deserve MORE for our people.

Marijuana policy reform drives tremendous economic and social benefits but at its roots must continue to be a movement for justice for every American, particularly those who have borne the brunt of marijuana enforcement efforts. We need federal legislation which generates meaningful equity in the legal cannabis industry, commits to criminal justice reform through retroactive expungement and sentencing provisions, and reinvests in communities historically targeted under marijuana prohibition. We need to protect immigrants from deportation when marijuana is the only “crime” involved in their case. We need MORE!

Once you’ve taken action, be sure to share posts from the social press kit created by our friends at the Drug Policy Alliance.