HomeBlog Operation Hemisphere: the White House's secret program to spy on citizens in the name of drug prevention

Operation Hemisphere: the White House's secret program to spy on citizens in the name of drug prevention

Operation Hemisphere: the White House's secret program to spy on citizens in the name of drug prevention

The New York Times revealed on September 1 that the White House’s Office of National Drug Control Policy (ONDCP)  — the same folks who brought us ads about marijuana users eating their own fists and other reefer madness messages — has secretly run a program that provides vast access to phone data records spanning a 26 year period. The program offers information and cooperation to the Drug Enforcement Administration and to other federal law enforcement agencies. According to the Times, “The government pays AT&T to place its employees in drug-fighting units around the country. Those employees sit alongside Drug Enforcement Administration agents and local detectives and supply them with the phone data from as far back as 1987.”
Take action: Demand a Congressional hearing on this clear abuse of power!
But the White House really, really doesn’t want the public to know about it. According to a slide presentation by the ONDCP that was obtained by the Times, in a section entitled “Protecting the Program,” the authors note that keeping it secret is a “formidable challenge” which requires “steps to try and keep the program under the radar.” So how does an earnest DEA special agent overcome that challenge? If there is no alternative, the DEA should say they received the information from “an AT&T subpoena.” 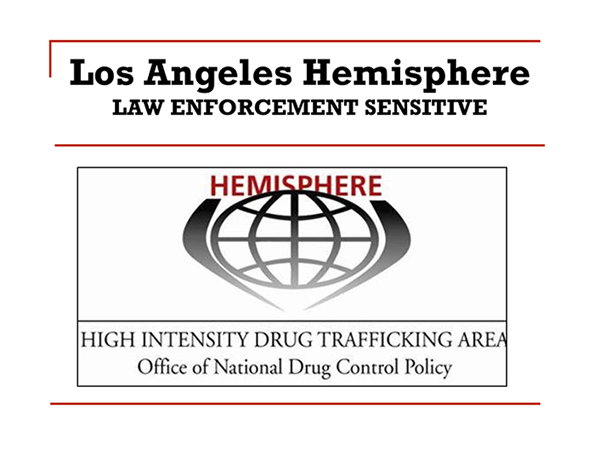 Perhaps most intriguing is the presentation’s breakdown of Hemisphere requests, by “drug type.” While 96% of the requests are for various drugs, the document notes an “other” category that includes requests focused on “Fugitives, Homicides, Kidnappings, Missing Persons, etc.” at a mere 4%. Yet of the five most recent success stories highlighted in the document, only one involves drugs. The others mention apprehensions for bomb threats, armed robbery, and murder. The significance here is that 96% of this program’s resources are used to secretly spy on people who use drugs. Just 4% is used to address serious crimes like bomb threats, murder, etc. It’s disturbing that this program is run directly out of the White House. It is a clear example of government power run amok. Recently, prior to the revelation of this program, SSDP joined in a lawsuit against the National Security Agency for its metadata collection program. Disturbingly, the program that was just revealed seems to provide greater access to federal agents than even the NSA, adding 4 billion new phone call records every day.
Take action: Demand a Congressional hearing on this clear abuse of power!