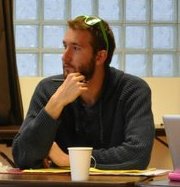 Oregon’s Students for Sensible Drug Policy chapters seek unity in the legalization movement by hosting a conference to rally behind a single marijuana legalization initiative. Will 2012 be the year Oregon finally votes to legalize marijuana? “Only if we work together,” declare Oregon’s united chapters of Students for Sensible Drug Policy (SSDP). In order to propel the Oregon marijuana legalization movement forward, Oregon’s SSDP chapters have come together to host a ‘2012 Cannabis Law Reform Conference,’ on February 25, at Lewis & Clark Law School in Portland, OR. “Through the 2012 Cannabis Law Reform Conference, we hope to inspire unity of purpose and coordination among the various competing marijuana legalization initiatives in Oregon,” says SSDP State Coordinator Sam Chapman. Currently, Oregon has three initiative campaigns competing for signatures, fundraising, and volunteers, all hoping to qualify for the November ballot; the Oregon Cannabis Tax Act (OCTA), Sensible OR, and Measure I-24, also known as the Oregon Marijuana Policy Initiative (OMPI). Unfortunately, not one of these campaigns is close to the required amount of signatures necessary to get marijuana legalization on the ballot by the July deadline. With only six months remaining, Oregon’s SSDP chapters will express the growing need for cooperation among these competing campaigns. “This conference is not going to be about finger-pointing and past failures, but hand-shaking and the future successes,” says Chapman. “It’s time to move forward together, and take the necessary steps to give Oregonians the chance to vote on this issue in November.” During the conference, Oregon SSDP will put on a neutral, non-confrontational debate between the initiatives, in order to educate the public and Oregon’s SSDP members about the different aspects of each campaign. “Today’s youth are tired of being prosecuted by draconian drug laws that are blatantly discriminating based on age, class, and race.” says Chapman. “We are tired of getting arrested, losing scholarships, and losing our futures over a relatively harmless substance, one that contributes far less mental, physical and social harm than alcohol.” The conference will be held on Saturday, February 25th, from 1:00pm-5:00pm, at Lewis & Clark Law School, in Portland, OR Oregon SSDP is a network of hundreds of students from Reed College, Lewis & Clark College, Western Oregon University, Portland State University, University of Oregon, and Lewis & Clark Law School, with more chapters in the works. Back to top