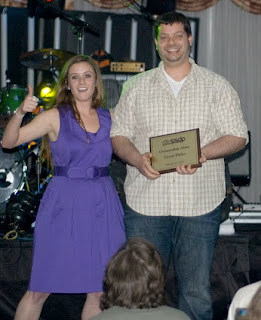 Victor became involved with drug policy when he founded the University of Maryland chapter of NORML in 2005. There he teamed up with the campus chapter of SSDP and established a reputation of solid membership, leadership, and political credibility within the drug policy reform efforts at UMD. As an alum, he continued to stay involved. After graduating in 2006 and moving back to his home state of New Jersey, Victor took an active role in advising new chapter leaders, contributing to discussions via e-mail, organizing leadership retreats and strategy sessions, and providing general advice and support from his experiences. He also organized the first northeast regional SSDP camping trip in 2009, which has since become an annual tradition and has grown to over 60 attendees (we are planning to return to Cedar Rapids Campgrounds in Barryville, NY for a third time this summer, join the NE regional Facebook group to receive updates). Victor has returned to UMD’s campus as a speaker on several occasions, including an event last November, as well as speaking on the “Ask an alum!” workshop during our conference last month where he also organized an SSDP alumni network dinner. Outside of campus, Victor has been active in New Jersey state drug policy reform efforts. As a Community Organizer with the Coalition for Medical Marijuana of NJ, Victor organizes media events and coordinates public education efforts. Most recently, he has begun work on developing a 911 Amnesty Policy for the Garden State. Victor currently volunteers his time to SSDP through his role as New Jersey State Coordinator. Greg Hansch, graduate student adviser to our Rutgers – New Brunswick chapter, shares some insight on the value of Victor’s role in NJ:

“The guidance that he has provided Rutgers and other chapters in the state has been critical to those chapters’ formation and growth. He has not only been great about emailing us and talking to us on the phone when we need help, but he also has come to New Brunswick on several occasions and led planning meetings, introduced guest speakers, and gave a pro-bono presentation on medical marijuana in New Jersey. His connections to other drug policy reformers in the area have provided us with some amazing guest speakers. Victor’s the man. Thanks for taking the time to honor a truly outstanding SSDP alum!”

Victor led by example and established a tradition of smooth leadership transition, allowing UMD SSDP and NORML Terps to continue to thrive. I saw him working hard, taking initiative, conducting research, writing letters to the editor and working with the media on a variety of issues. I also saw how other campus leaders turned to Victor as an expert in all matters related to marijuana and other drug policies. I can say from personal experience that without Victor’s leadership, UMD SSDP and NORML Terps would not be where they are today. We’ve been able to follow his lead. And because of the solid foundation built by him and others, I’m confident that the impression he left during his time at UMD isn’t going away anytime soon. Back to top