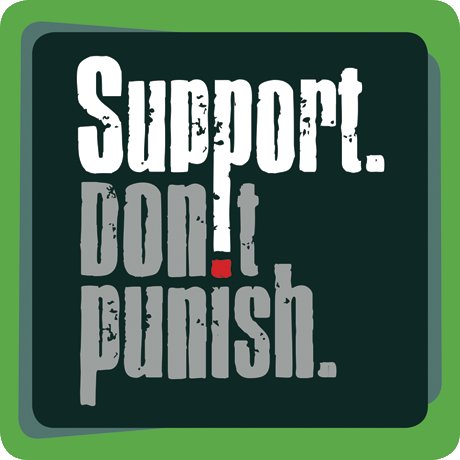 What is Support Don’t Punish?

Support. Don’t Punish. is a global advocacy campaign that seeks to raise awareness of the harms being caused by the War on Drugs. The campaign aims to promote drug policies that respect human rights and protect public health, to change laws and policies that impede access to harm reduction interventions and other evidence-based services, and to end the criminalization of people who use drugs. To view the campaign’s primary messages, visit their website. The campaign creates visibility and awareness over both global issues facing people who use drugs and also local campaigns in areas where events are organized. There are three primary components to the campaign: In previous years, SSDP chapters across the world have organized actions and contributed to the campaign’s photo project. Here are some examples of what chapters have done in the past:

June 26th is the United Nations’ International Day Against Drug Abuse and Illicit Trafficking – a day when many governments celebrate their contributions to the global ‘War on Drugs’. In the past, some governments have even commemorated this day by holding public executions or beatings of drug offenders. By taking part in the Global Day of Action, you can help “reclaim” this message on this important day.

How Do I Get Involved?

Participate in a Local Action

If you live near a major city or large population area and want to see if there is already an event being planned near you, contact jake@ssdp.org, or check out the official 2018 Day of Action page. We will let you know when the action is planned for, what is going on, and who to contact about getting involved.

If you do not live near a location where a Support. Don’t Punish event is already being planned, then organize one yourself! The campaign’s website has plenty of resources in a variety of languages to help you get started. The aim for the Global Day of Action is to produce high-profile and visually symbolic local actions. It is your choice to decide what these actions are. The only requirement is that these actions are connected to the global campaign by using the Support. Don’t Punish logo (available in several different languages). This could be on t-shirts, banners, posters, reports or other materials. This allows us to tie together the local actions and to demonstrate that they are all part of a coordinated global effort. Also be sure to include the SSDP logo on any materials you make. If you decide to organize an action, let us know about it by e-mailing jake@ssdp.org. If you are looking for inspiration about what to do, have a look at the actions that took place in 2013, 2014, 2015, 2016 and 2017.

Share your photo to join thousands around the world! 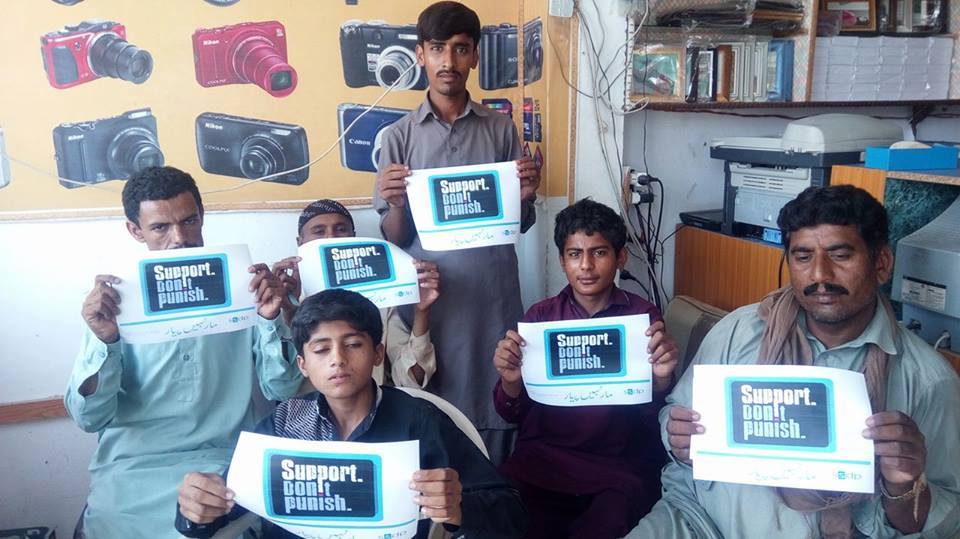 Don’t have time to go to an event or organize one yourself? No worries! One of the key components to Support Don’t Punish is the interactive photo project to which you can easily contribute. Just download the campaign poster, take your photo, and then send it to campaign@idpc.net to be uploaded on the website, Facebook, and Flickr. Send a copy to jake@ssdp.org as well so we can show it off on our website and social media pages.   Remember to use #SupportDontPunish with all social media posts, along with #StartMakingSense where appropriate.

Ready to Get Started?

Contact your chapter’s Outreach Coordinator and schedule a call to talk about your ideas. You can also feel free to reach out to International Program Manager Jake Agliata at jake@ssdp.org if you have broader questions about the campaign.