HomeBlog Planting the seeds of harm reduction in Belarus

Planting the seeds of harm reduction in Belarus

Planting the seeds of harm reduction in Belarus 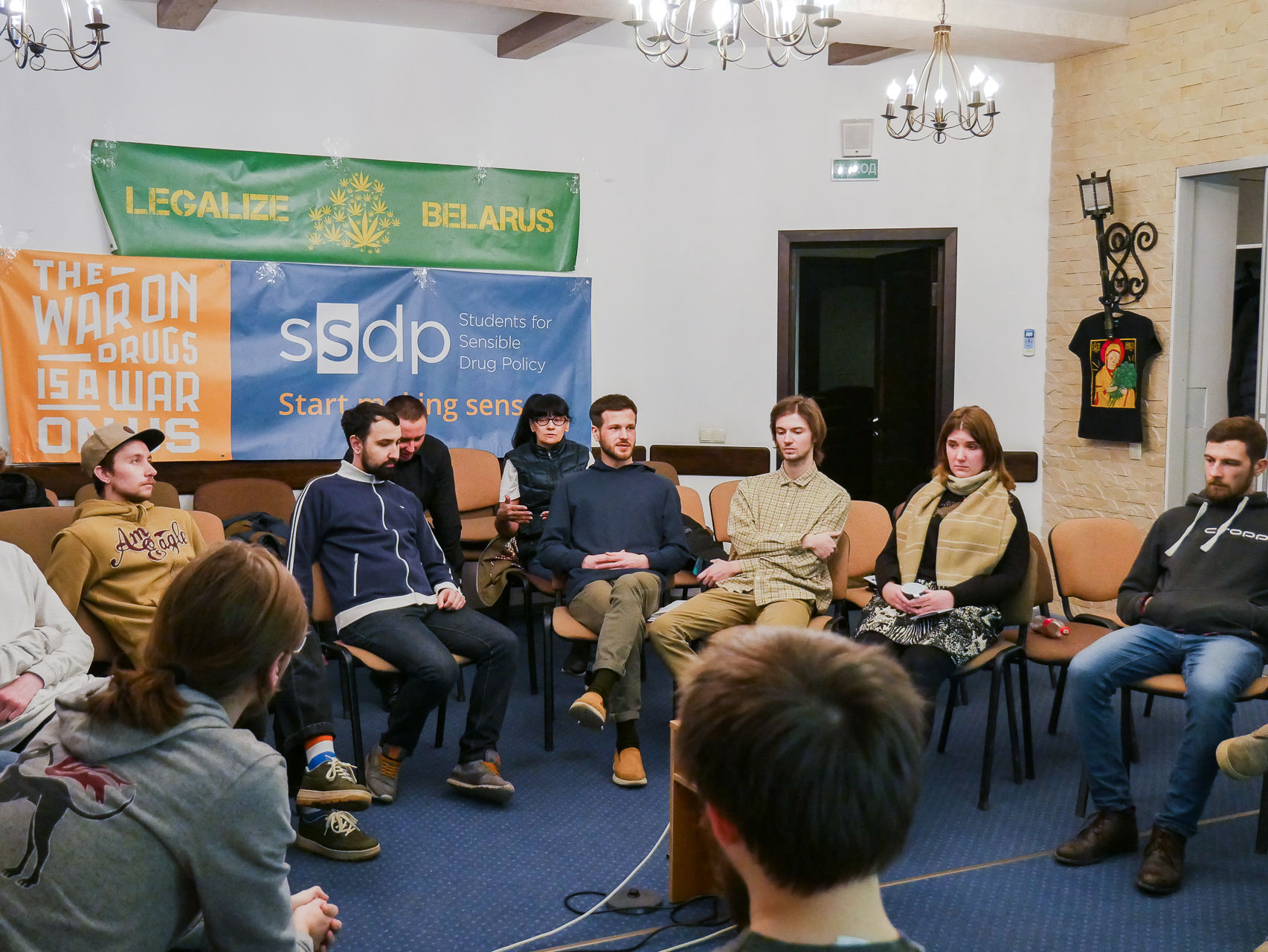 How to reduce the harms of drugs? This question was used as the event title for a lecture series organized by Legalize Belarus, the only group in the country advocating for decriminalisation of drug use. Supported by Students for Sensible Drug Policy and Students For Liberty, activists organised 5 educational events in different localities of the most authoritarian country in Europe. In some places, they were refused multiple times before they got a venue to agree to rent out space for the lecture.

Although Legalize Belarus clearly emphasized there was no endorsement of drug use, the events’ content was ambiguously perceived. Aimed at giving context, the lectures started with the discussion of psychoactive substances which are currently popular on the Belarusian black market, including their history and reasons they are widespread in the country. The second part was designed to equip the audience with practices to help reduce the individual harm of using drugs, including drug testing, preventing “bad trips”, and providing first aid for overdoses.

“To prepare, I carefully inspected the market, picked out 8 most popular drugs, learned their history, effects on human body and the harm reduction practices. I used my own experience too. Many practices have been adopted to Belarus. Attendees were given advice on medications that are available in local pharmacies, on how to call ambulance and not being arrested”, — said the lecturer Michaś Varancoŭ, dubbed “the guy in orange jacket” by the main national state-owned propaganda TV-channel “Belarus One”.

A total of around 75 people attended the events, which was under the expected attendance. Nevertheless, in some cities, the lecture drew the attention of journalists and human rights defenders, and reactions of the audience were predominantly positive.

“We couldn’t reach the target group of drug users because of their fear to show up on such events, but still important questions were discussed after the lectures. Most of the people agreed that authoritarian prohibitionist measures only harm society, but decriminalisation and humane attitude towards drug users can indeed help to reduce the negative impact of drugs”, — Michaś noted.

Instead of providing scientific information about psychoactive substances to let responsible individuals to decide by themselves, the government creates an extremely negative image of drugs and intimidates drug users, leading to unexpected consequences. In order to show the loss of this strategy, Legalize Belarus produced a film, where numerous clips from anti-drug videos of the USSR, Russia, and Belarus are used.

One can conclude that today the greatest harm of drugs in Belarus comes from the police, not from drugs themselves. In this instance, the proper way to promote harm reduction would be teaching drug users such vital skills as encrypted communications and defense strategies in case of arrest.