Drug prosecutions in the UK are apparently expanding their scope. Several recent cases showcase a concerning enthusiasm for prosecuting activities of questionable illegality. A shop on Vicar Lane in Leeds, has been raided on suspicious of selling so-called legal highs, or unscheduled synthetic drugs. Known as Dr. Herman’s, the shop was selling “substances suspected to be the subject of temporary bans.” The officers were told they were looking for “psychoactive substances that replicate the effects of banned drugs.” Detective Chief Superintendent Dave Knopwood, head of protective services for West Yorkshire Police, made a “think of the children” appeal. “We remain very concerned,” he said, “that so-called ‘legal highs’ are being sold openly in our high streets and elsewhere, particularly given that this can make young people think they are something that they can take without risk.” Knopwood noted deaths associated with similar yet unspecified drugs and continued that “The trade is largely unregulated and tends to operate on the fringes of the law.” Knopwood was presumably unaware that one of the main arguments for legalization of drugs is the “unregulated” or unreliable nature of products sold “on the fringes of” or in violation of the law. A similar shop was raided in neighboring Bradford. In July of last year, Section 1 of the Intoxicating Substances (Supply) Act 1985 was used to convict a stall owner and his employee for selling a substance which was not clearly illegal. In this case, at least, the sale was more questionable as the purchaser was not an adult. The substance, bought by a 16-year-old boy, was misleadingly called “a synthetic form of cannabis” by the Daily Mail. Although not named in the reporting, the substance was most likely a synthetic cannabinoid. Such drugs were designed for animal testing regarding the endocannabinoid system, a set of receptors in the brain which are involved with functions such as pain, memory, mood, and appetite. Despite this connection with cannabis, such drugs have often been reported to have more dramatic and dangerous effects than the common plant. Many of their names bear the initials of chemist John W. Huffman, who developed them. Huffman warns that they are not safe for human consumption. This does not imply, though, that criminal prosecutions are helping the situation. The employee alone, Kebba Kujabi, was actually involved in the sale, but both he and Hamayan Parwani were convicted. Both were given conditional discharges. Although it has since been banned, the particular drug the teenager bought was not scheduled at the time of the offense. In the Parwani case, Chief Superintendent Paul Money was quoted making a similar claim to Chief Superintendent Knopwood. The synthetics’ legality again somehow “makes some people, particularly the young, feel they can take them without risk.” How a product’s mere legality could give the impression of absolute safety is difficult to imagine, especially considering the legality of alcohol, tobacco, and household poisons such as iodine and bleach. 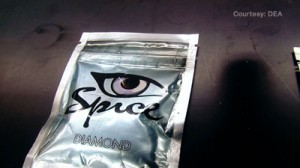 The owner of another shop in Leeds, called Fantasia, was recently convicted for providing “equipment that would be used by drug-takers.” The materials in question included bongs, grinders, and plastic bags. Hassan Abbas and shop assistant Owen Allerton were given conditional discharges and ordered to pay court costs, while Abbas was fined £800. The Guardian quotes criminal defense attorney Richard Parry, who has defended against similar prosecutions in the past. Parry explains that the case is significant in that “these people happen to be the only people who have actually been convicted” for such an offense. The Home Affairs Select Committee has defended this type of prosecution, and is reportedly writing to police commissioners around the country to encourage more of it. The prosecution was based on section 9A of the Misuse of Drugs Act. This provision requires prosecutors to prove that the defendant believed that the goods in question would be used for the consumption of illegal drugs. In the US, the Federal Analog Act allows prosecution of unspecified substances which are imitate or allegedly intended to imitate, and are chemically similar to, any type of illegal drug. In New Zealand, by contrast, a law has been passed to legally license the sale of some of these compounds, on the condition that they pass safety testing. As in drug policy in general, the UK would do well to avoid imitating the policies of the US federal government. As even the American Public Health Organization has now agreed, abandoning strict prohibitionist laws would be a much more responsible strategy for addressing any risks drugs pose to public health.