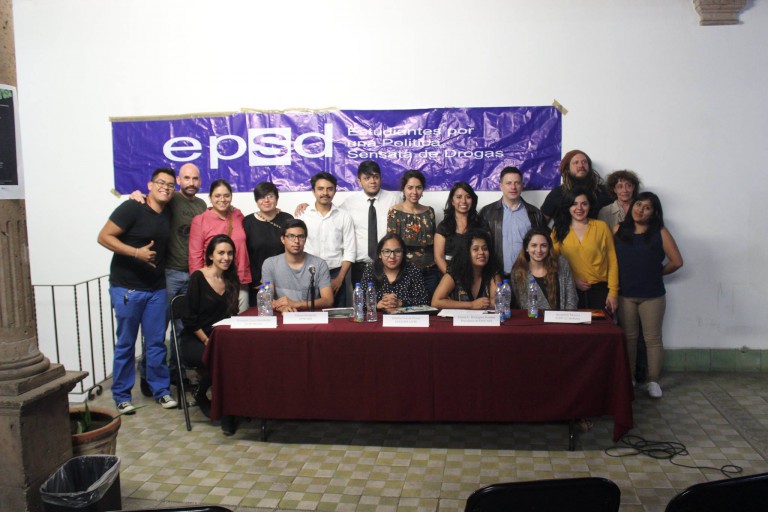 Written by Héctor Joel Anaya From 3rd to 4th November, students from around Latin America attended our first Latin American Regional Conference in Morelia, Michoacán. Morelia is one of the states that has been most affected by the Mexican Drug War since former president Felipe Calderon started it ten years ago. 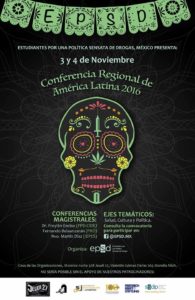 The conference was divided into three big topics; health, policy, and culture. More than 30 panelists were there, including students from different local chapters in Costa Rica, Guadalajara, and Chihuahua, students from other universities not involved with SSDP, and a diverse array professionals including lawyers, psychiatrists, high-level researchers, and former politicians. Everyone had the chance to speak and share their knowledge and experiences. The conference began with an opening magistral lecture by the former congressman Fernando Belaunzaran, one of the most notorious politicians who advocates for cannabis policy reform. We then had two tables, including one on activism and drug policy hosted by Jacki Moreira, an alum of the SSDP UCBerkeley chapter and the Latin American Policy Intern at the SSDP DC office. Jacki talked about  talking us about latino advocacy in America. On the second day, we had a member of Belisario Dominguez Institute give a special talk about the Mexican Senate in charge of legislative analysis. Carlos Galindo explains how the drug war caused thousands of murders of male youth in Mexico and has plummeted their life expectancy. After, we had a magistral lecture by Phd. Froylán Enciso, a researcher from the Drug Policy Program of the Center for Economics and Teaching Studies in Mexico who argues the “War on Drugs began centuries ago w/ attacks on indigenous use of peyote & farmer cultivation of poppy since 1940s.” 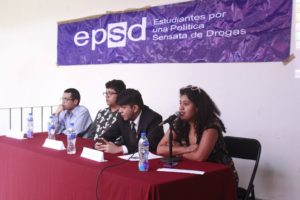 For the conclusion, we had two panels about activism, harm reduction and health. And of course a traditional dance party in an awesome LGBTTIQ local club. We were very happy to have the Latin American SSDP family join us in Morelia to create a place to discuss new approaches for ending this nonsense drug war. Start Making Sense from Latin America! For more photos Sugar skull logo campaign