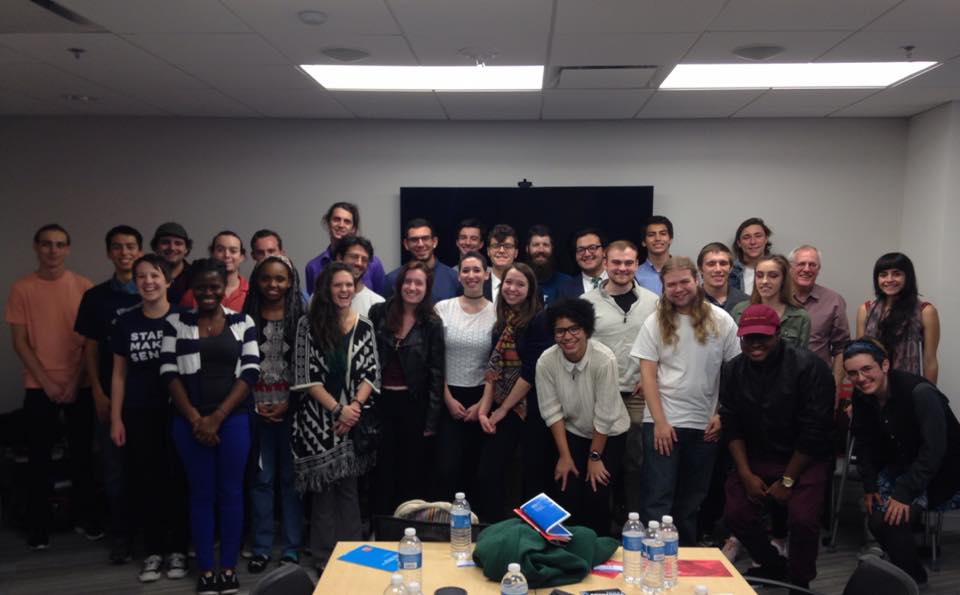 On November 5, 2016, approximately 35 SSDP students and alumni gathered in Washington, DC for the 2016 SSDP Mid-Atlantic Regional Conference. The event was a huge success despite some last minute logistical challenges and was a true testament to how the SSDP family can come together to make something beautiful happen. The conference emphasized coalition building and challenged students to seek out new allies in their communities, along with bringing the chapters present closer together as a region. Our allies at the Drug Policy Alliance generously hosted us, and the conference was additionally sponsored by the SSDP Mid-Atlantic Alumni Association as well as SSDP Board Member and longtime advisor Eric Sterling. 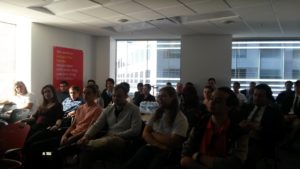 A total of 35 participants from Maryland, Pennsylvania, New Jersey, Virginia, Washington DC, and even New Mexico attended the conference.

After some coffee, bagels, and fruit for breakfast, the conference began with a keynote by Sanho Tree the director of the Drug Policy Project at the Institute for Policy Studies. His talk focused on the global impacts of the drug war and the ties between the War on Drugs and US foreign policy. Among the most discussed topics was the ongoing situation in the Philippines, where President Rodrigo Duterte has called for escalations of violence against drug users. Thousands of drug users and traffickers have been murdered by police and even fellow citizens, and though some in the US have condemned these actions, there has been no attempt to rescind the annual security aid given to the Philippines. Students eagerly took advantage of the opportunity to ask Sanho questions about the drug war beyond US borders, discussing everything from aerial eradication programs in Latin America to how the drug war began partially as a way to discriminate against immigrants from Asian countries. After a quick break, the conference resumed again with a coalition building workshop led by alumni Jake Agliata ‘11 and Kat Murti ‘09. Students were asked to go around the room one by one and play the “my people” game, identifying three communities they belong to outside of drug policy reform. Students were then asked to find a partner based on their responses, exchange contact information, and discuss why they chose each other. This process repeated every 10 minutes until each student had met 3-4 new people. The goal of the workshop was not only to get students to meet some new peers, but to demonstrate how diverse even a small group of SSDPers can be, and to encourage members to consider different types of allies to reach out to when they return to campus. 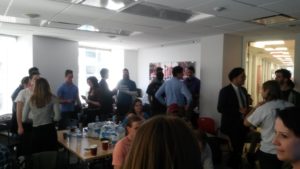 The conference provided a lot of opportunities for students to network with each other.

Following lunch, the conference resumed with a workshop led by HIPS, a DC-based harm reduction organization for sex workers. Zoë Grimaldi, Outreach and Case Management Associate at HIPS, led an interactive presentation on the basics of harm reduction. HIPS frequently works with clients that are also drug users and provides services such as a syringe exchange, naloxone distribution, and STD screening. SSDP members frequently advocate for policies that expand harm reduction services, and many students were excited to learn firsthand how harm reduction is applied in a community like DC. Lex Pelger of Psymposia led our final session of the day: Psychedelic Storytelling. Conference participants were given the opportunity to share a story about an experience they had with psychoactive substances, good or bad. People shared stories of personal growth, calls to action, and intense moments of realization. The session was a great, light-hearted way to spend the later afternoon, and many students left feeling encouraged to host their own storytelling sessions when they return to campus. 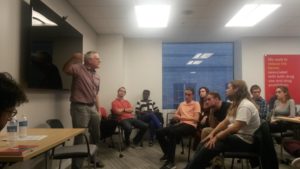 The always energizing Eric Sterling closed out the conference with a great talk.

The conference closed out with a talk by Eric Sterling, who is always an entertaining and motivating speaker. Eric discussed why he is proud to have been associated with SSDP over the past two decades, telling some old drug policy war stories and encouraging students to keep pushing the policy envelope in their communities. He expressed his belief that SSDP members are uniquely poised to make a huge difference in the coming years, not just in drug policy reform, but in all the other movements that are intersected with our own. Overall, this conference could not have gone better. Several students stuck around on Sunday to do some phonebanking for cannabis reform, while others returned to campus prepared with new tools & knowledge to share with their peers. Perhaps most importantly, some new friendships were made over the weekend. One of the coolest things to see at the end of the conference were students making plans to visit each other’s campuses over the rest of the academic year. As with all of our regional conferences this year, the 2016 Mid-Atlantic Regional Conference helped students create new bonds and build solidarity with each other. Thanks to all the participants of this year’s conference, and see you in Portland this March for SSDP 2017!