This article originally published on http://the-libertarian.co.uk/ Various countries have seen several deaths in recent months in connection with the illicit drug known as “Ecstasy” or “Molly.” Although these terms originally referred to MDMA, what is commonly sold under these names is increasingly cut with other substances, which are generally cheaper and in some cases dramatically more dangerous. This situation is typical and predictable in a black market, and represents a compelling reason to legalize the substance. Several of the recent deaths have been specifically attributed to “ecstasy” pills containing a particular synthetic drug called PMA, or the closely related PMMA. PMA, or paramethoxyamphetamine, is a drug of the amphetamine class, although its effects are not as likely to be enjoyable for the user as those of the more commonly used amphetamines. Animal research suggests that animals will not voluntarily take PMA, in contrast with amphetamines or cocaine, which animals do voluntarily take. PMA can be toxic in doses much closer to an ordinary dose than is the case for MDMA. The pills also reportedly take longer than ecstasy users would expect to take effect, sometimes leading them to take additional doses, increasing the risk of poisoning.

Lambeth suggests that recent legal restrictions on psuedoephredrine, which can be used in the manufacture of methamphetamine, may have caused a “market shift in drug use towards the more lethal PMA.” Prohibition measures, then, may have actually encouraged the proliferation of PMA.

There is no apparent reason for users to prefer PMA to MDMA. Unlike MDMA it does not tend to produce feelings of euphoria, and has a far higher potential to produce unpleasant and even lethal side effects, especially in combination with other stimulants. Given a legal market in which disclosure of drugs’ actual composition would be mandatory, it is unlikely that any significant number of people would even buy PMA. Instead, the likely reason for the recent prevalence of PMA is that it may be cheaper (see page 4) to manufacture than MDMA. This is based on the easy availability of a precursor (that is, a key chemical used in its manufacture) called anethole. Anethole is found in common herbs such as anise and fennel, and is not legally restricted. The synthesis of MDMA, by contrast, is said to be more difficult due to the low availability of a precursor called safrole, which is internationally prohibited as a result of its connection with MDMA. 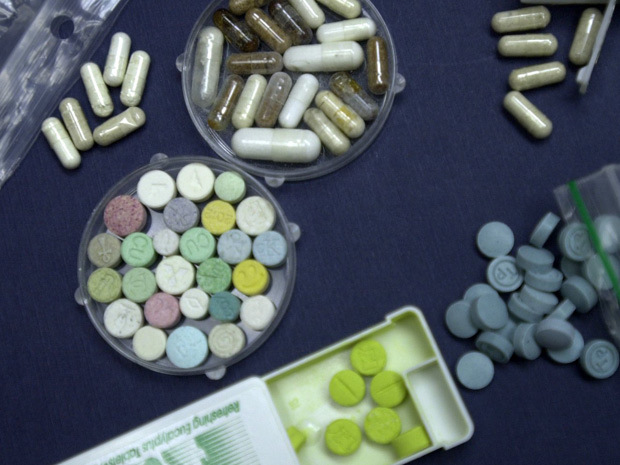 Paul Lambeth, director of intensive care at Calvary Hospital in Australia, says that something similar may have happened in response to attempts to crack down on methamphetamine. Lambeth suggests that recent legal restrictions on psuedoephredrine, which can be used in the manufacture of methamphetamine, may have caused a “market shift in drug use towards the more lethal PMA.” Prohibition measures, then, may have actually encouraged the proliferation of PMA. Under the current prohibition regime, clandestine chemists and dealers can get away with misrepresenting their product in order to sell something which few if any of their customers actually want. Results from a US-based testing center suggest that 35% of “ecstasy” pills tested in the last year contained absolutely no MDMA. Only 23.5% contained only MDMA. Any legitimate business engaged in such behavior would likely have great difficulty staying in business. The usual pressures from consumers, though, do not apply to the same degree in the black market. Drug dealers have less reason to be concerned about developing a positive reputation as long as their market is illegal; having a reputation as a drug dealer in the first place will increase their odds of going to prison. Manufacturers or suppliers of a particular batch are unlikely to even be positively identified, let alone held accountable. Certainly they do not need to fear legal action for selling a tainted product; no customer could bring such a suit without admitting to illegal activity themselves.

Just as the repeal of alcohol prohibition essentially put a stop to the sale of alcohol which made its consumers go blind, a legal market for ecstasy would prevent such tragic accidents in the future.

A partial solution, which is already available in some places, would be the widespread use of pill testing kits. Such devices test for the presence of MDMA and for various impurities such as PMA, and would help to prevent accidental deaths. They are relatively straightforward to use , and can be ordered online. The organization DanceSafe , for example, can ship them to the US and Canada. The concept is also known, particularly in Europe, as “Drug Checking,” and governments in several Western European countries support the practice. Unfortunately, even this more modest measure has faced serious opposition in some quarters. One group in Australia, Enlighten Harm Reduction, has been subject to threats of arrest simply for performing pill tests at a music festival. A more comprehensive solution would be to change the legal framework based on the already existing laws concerning alcoholic beverages. This would go beyond pill testing in that it would drastically reduce the amount of tainted MDMA produced in the first place. Alcohol is a far more harmful substance by any measure, yet attempts to prohibit it have proven disastrous in the same ways our current drug prohibitions have. Just as the repeal of alcohol prohibition essentially put a stop to the sale of alcohol which made its consumers go blind, a legal market for ecstasy would prevent such tragic accidents in the future.