Review of the World Ayahuasca Conference 2019

Review of the World Ayahuasca Conference 2019 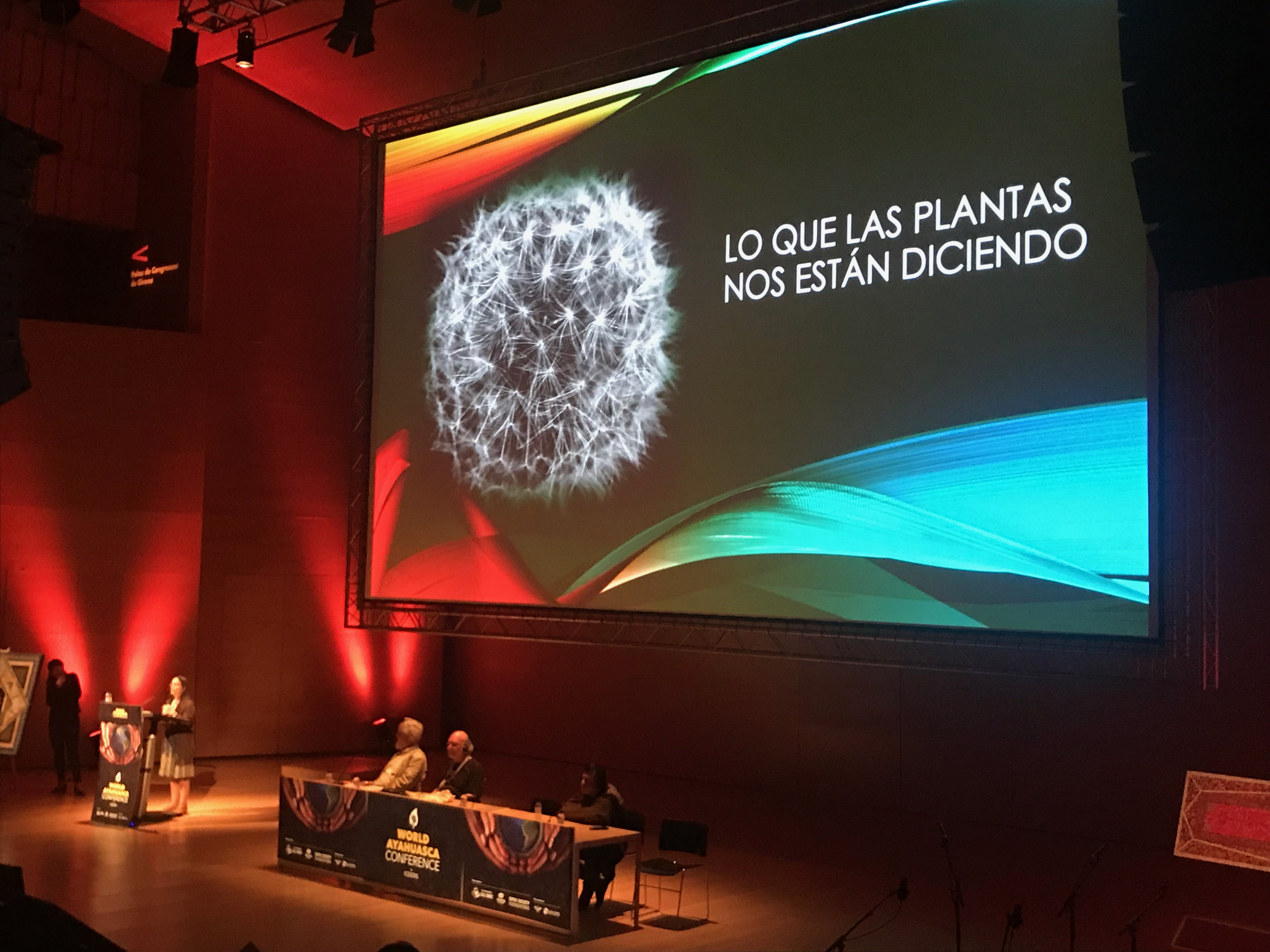 Category: Uncategorized | June 18, 2019 By Jake Agliata No comments yet

After having to miss the first few editions of the Ayahuasca Conference, I was lucky to present in 2019 at the World AYA as it was held in Gorina, Spain!

Girona is a beautiful city located about 100km from the capital of Catalunya, Barcelona in Spain – fans of Game of Thrones have seen some epic scenery from the city during the sixth season. The conference was hosted at Palau de Congressos near a huge but quiet urban park with more than 2,500 one-hundred-year-old trees, where one can do some exercise or simply relax and experience a pleasant solitude. The conference was comprised of 3 rooms (main speakers, scientific articles and communities), an indigenous space (with its own program of the Indigenous Committee), workshops, art gallery and digital art, music and delicious food. It should be mentioned that in Catalonia (and in other places in Spain) there is a long tradition of community and academic work with Ayahuasca. This fact has not had much recognition due to the lack of knowledge and the ambiguously strict policies. Despite the lack of coverage in the media, this trend seems to be changing.

It was awesome to see the faces of Ayahuasca science from the last decades, coming from such different disciplines: Dennis Mckenna, Wade Davis, Claudio Naranjo, Rachel Harris, Ede Frecska, Alex Polari, just to give you a taste of the line-up. It felt like a special gift to be able to see the tribute of Spanish pioneers, but also the mobilization of many indigenous communities that did not hesitate to attend the conference. They reminded us that Ayahuasca, hoasca, yagé, implies a sacred reciprocity; that the goods with which we have been blessed do not belong to us (although we try to amend our Westerner’s misuses and behaviors talking about sustainability). I saw as much as I could of the impressive talks, but as a clinical researcher and psychologist I especially enjoyed the new findings on the aftereffects of Ayahuasca. Anja Loizaga-Velder talked about the potential effects of an ayahuasca-assisted therapy (something which is not easy to see, in contrast to Psilocybin and MDMA-assisted therapies, now fairly extended). Also a highlight, regarding community aftereffects of Ayahuasca, was Ashleigh Murphy-Beiner and Mina Pas. Murphy-Beiner talked about mindfulness and psychological flexibility as potential mechanisms of action followed by Mina Pas talking about healing the trauma with an emphasis on the integration process. Marc Aixalà’s session was also a noteworthy one as he revealed the development of a new guide for organizers and participants of Ayahuasca ceremonies in collaboration with the Catalan Health Services.

I really enjoyed the keynote speeches of Luis Eduardo Luna and Giorgio Samorini that offered us an anthropological glimpse into Amerindian animism and the sacred plants, as well as information about Peganum Harmala (3 times more toxic than B. caapi) and other forms of ayahuasca.

Another must-see panel was “Palestinian, Israelis, and Ayahuasca: Can psychedelic medicines promote reconciliation?”. The emotionally charged discussion of Leor Roseman, Natalie Ginsberg, and Antwan Saca left nobody indifferent and explored the boundaries with which we live that are unnatural and opposite to psychedelic experience (that is love, respect, acceptance and common humanity). On a different tone but in an equally important field Genís Oña talked about Ayahuasca in public health. Patricia Ahumada and Cristiane Holanda talked from a community perspective about consciousness and cooperative learning in Chile and Brazil, respectively – names you should remember.

Finally, my favorite presentation was from Dennis Mckenna (Vera Froes and José López in the same panel, moderated by Sir Ghillean Prance). According to Mckenna, intelligence does not need a brain anymore. “Neural” networks in the ecosystems regulate signal-transduction in a similar way neural brain networks do. Chemistry is the language of these signal-transduction conversations with everything in the biosphere. The concept that the Earth is alive can be found in the most ancient traditions, but also in our self-evidence.