HomeBlog Some People Need to Smoke Their Medicine

Some People Need to Smoke Their Medicine

Some People Need to Smoke Their Medicine 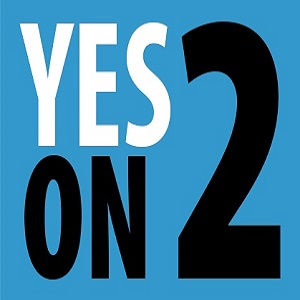 Category: Blog | cannabis, florida, medical marijuana, No on 2, Yes on 2 | September 29, 2016 By Colin Fitzgibbon No comments yet 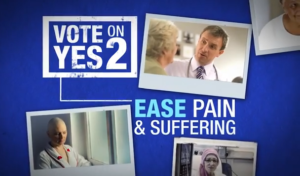 The Florida No On 2 campaign that opposes legalizing medical marijuana just received a written endorsement from the Florida Baptist Convention. Beginning at the very title of Executive Director Dr. Tommy Green’s endorsement, “You Don’t Smoke Medicine,” virtually everything he says is completely untrue.  Dr. Green states that “the Florida legislature has already enacted the Compassionate Medical Cannabis Act of 2014 which allows for access to non-smoked low-THC marijuana for qualified patients.” This is one of the only true statements he makes in his endorsement. However,  the list of both qualified patients and patients for whom this law would benefit is extremely small, and the industry born out of it is rife with corruption. CBD only cannabis strains, such as “Charlotte’s Web”, only provide relief to those who suffer from seizures or other movement disorders. Even among the group of patients with those symptoms, it does not help everyone. For all other patients whom CBD alone would not benefit, whole plant medicine has been recommended and proven to be helpful in countless personal stories. THC, the psychoactive component of cannabis, works synergistically with other cannabinoids, such as CBD, to maximize their therapeutic benefit in what Dr. Sanjay Gupta calls “the entourage effect.” This is why Florida’s Compassionate Medical Cannabis Act of 2014 is not only a corrupt and ineffective law, but must be replaced with the model under Amendment 2, which will allow whole plant medicine to be available to all patients.  Regarding Dr. Green’s erroneous statement, “you don’t smoke medicine,” I will first say that there are many other routes of administration besides smoking that can help patients, including but not limited to topicals, tinctures, edibles, oils, suppositories, and  non-psychoactive juice made from the entire plant (cannabinoids must be decarboxylated, or heated, in order for any psychoactive effect to take place). Despite the fact that smoking cannabis is the least healthy route of administration of cannabis medicine, there are some patients for whom it works best. One of these patients is Kathy Jordan, a Florida Resident with amyotrophic lateral sclerosis, otherwise known as ALS, or Lou Gehrig’s disease. Every morning, Kathy smokes cannabis to clear the fluid in her lungs that accumulates overnight because of her disease. No other method would be able to stimulate her lungs in order for her to cough out what is preventing her from breathing. Kathy Jordan does smoke her medicine.  Dr. Green calls marijuana an “addictive drug.” While the science of addiction is too complicated and nuanced to fully explain here, marijuana has proven to be one of the least addictive psychotropic substances known. It is not toxic (and may even protect the brain from toxins) and is also much less addictive than certain dangerous pharmaceuticals which are prescribed for those currently suffering from illnesses that could be treated with cannabis. In the same sentence, Green says he doesn’t believe Amendment 2 will have “strong regulatory oversight.” The ballot language for Amendment 2 puts regulations in the hands of the Florida Department of Health, a division of the state government. Though not perfect, the government of Florida would certainly provide more oversight of the growing, distribution, and consumption of marijuana in Florida than the black market currently does under prohibition.  Dr. Green goes on to say, “the effort to legalize marijuana [sic] is contrary to the interests of the public health, safety and welfare, and will adversely affect the rights of citizens to live and work in a community where drug abuse is not accepted and citizens are not subjected to the adverse effects of the drug abuse.” He seems to be speaking not about Amendment 2, but rather full legalization in Florida, for which the possibility doesn’t exist yet. Regardless, Dr. Green must live in a fantasy world if drug abuse is not already occurring wherever he is, because it is widespread all over the state of Florida.  In fact, the prevalence of and harms associated with problematic drug use could actually be decreased through legalizing medical marijuana.  In 25 states and the District of Columbia, over half the country now, legal medical marijuana has been providing relief to patients who need it most, reducing crime, and reducing opiate overdose deaths by up to 25%, factors that actually directly align with “the public health, safety, and welfare” that Dr. Green is concerned about. Amendment 2 would put medical marijuana’s production, distribution, and consumption in the hands of a tightly regulated industry that would have the ability to shine a light on and fix problems that may come about as a result.  It sounds like Dr. Green got his opinions from the last 90 years of anti-pot propaganda that has proven time and time again to be demonstrably false. Tellingly, the only sources he cites for his endorsement are the two websites for the No On 2 campaign and the Ballotpedia article on the issue.  Lastly, I know that religion and science sometimes don’t get along, but to quote Genesis 1:29: “Then God said, ‘I give you every seed-bearing plant on the face of the whole earth and every tree that has fruit with seed in it. They will be yours for food.’” Is Dr. Green’s endorsement in direct conflict with the book he lives by? It’s a question I recommend he ask himself and think deeply about before casting his vote in November when the well being of over 400,000 patients who could benefit from Amendment 2 is on the line.