Spring Break…and The War on Drugs

Spring Break…and The War on Drugs 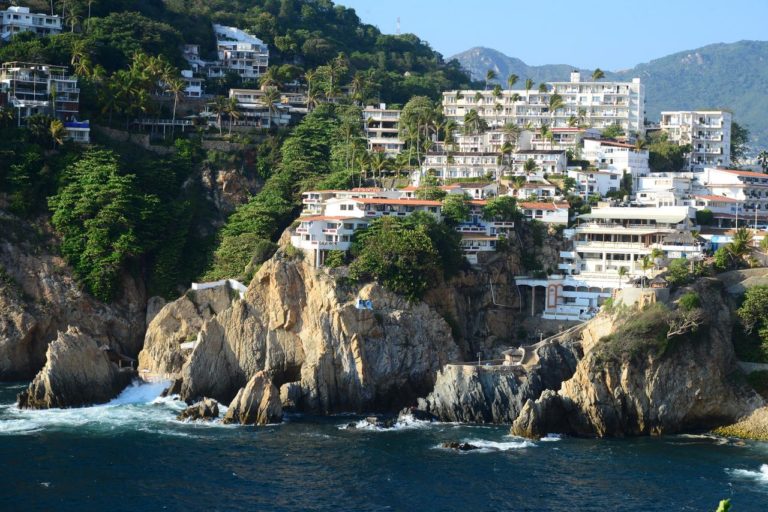 Written by Arturo Lua Castillo ’16, SSDP’s Latin America Policy Intern and Chapter Leader of SUNY Albany SSDP.  Beautiful beaches, sunny resorts, and Mexico’s murder capital; all these things describe Acapulco. Once a sprawling tourist mecca visited by A-list celebrities, the city has become the prime example of how the War on Drugs creates incentives for violence and instability. A recent review of news related to Acapulco, Los Cabos, and Cancun reveals a tremendous amount of murders, crime, and tourism in all these cities. The numbers don’t lie; while Acapulco is Mexico’s murder capital, Baja California Sur (the state in which Los Cabos is situated) recorded the second highest homicide rate in Mexico this year. In November of 2017, 35 homicides were recorded in one week in Baja California Sur. More than half of those murders occurred in Los Cabos. Why? These murders are a symptom of economic factors that incentivize violence as a means to control illicit markets. Cartels have, throughout the years, funded themselves through the production and transport of illegal drugs into the United States. This comes at a price as smuggling drugs across the border involves costly measures. Cartels have developed a plethora of creative ways to try and to get their goods to market. And why wouldn’t they? Afterall, the United States consumes more drugs than any other country while only having 5% of the world’s population. The consumer market is huge and is without a doubt the most profitable. Imagine if instead of getting your product through the border and losing potential profits, the customers instead came to you, with no transportation and smuggling costs involved. These are the factors that occur in tourists locations like Acapulco, Los Cabos, and Cancun. Because all of these cities represent the potential for high profits, Cartels compete with one another for control of the market. In a regulated and legal market, firms compete with each other through price. Getting more customers means offering a better product at a lesser price. When the product these firms trade in are illicit the firms don’t have to abide by the law and in fact, must work outside the law to ensure the product is sold. Since the competitors, a cartel has to work with are other cartels and gangs the only way to assure that your product is not seized by competitors and the government is through force, specifically violence. As competition increases so too do the violence between competitors. The Victims While some of you may now be reconsidering your vacation plans, tourists and vacationers are seemingly the least affected in the conflict between cartels in Mexican tourists towns. The people who do get caught in the crossfire are the everyday citizens, taxi drivers, and business owners. Another notable point of all this is the increase in activities like assassinations, kidnappings, and forced disappearances that accompany Cartels and the degradation of the rule of law, all of which target locals and communities. Even police forces are not immune to the reach of cartels; in October of 2016, the bodies of two soldiers stationed at Acapulco were discovered. Cartel violence in these areas hurts local economies as well. Livelihoods based on tourism are under threat of shutting down. Coca-cola recently shut down a bottling plant in the state of Guerrero, stating it “profoundly regrets that the absence of law and the prevalence of impunity that affects the region has led us to stop working in a territory where we have been for more than four decades.” The response to this violence Throughout Mexico, the amount of soldiers on the streets has increased in an attempt to maintain a semblance of order. The mayor of Acapulco has created a female tourist police unit to act as an intermediary between tourists and law enforcement and maintain the image of the city. Los Cabos recently pledged 140 million pesos to the construction of a new military barracks. None of these answers sound remotely like a form of sensible drug reform.