Here’s to 18 years of sensible reform

Here’s to 18 years of sensible reform

Category: Blog | October 1, 2016 By Betty Aldworth No comments yet

This weekend, SSDP celebrates our 18th birthday! When our few dozen founders first connected with each other from six campuses on the early internet, they rallied because they understood that the drug war provided a foundation for a vast and tentacled set of social harms. They set out to undo the pieces of that system, from denial of student loans and grants to the lies perpetuated by DARE which endangered their very lives. They envisioned a future where drug use is addressed as a health and safety matter but never as a tool to oppress a person or community. 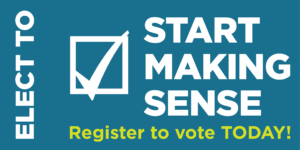 If SSDP were a “natural person”, we’d be celebrating by registering to vote today alongside the 4 million 18-year-olds who will become eligible to vote this year. Instead, we’re doing everything we can to make sure our generation claims its political power in this election. This year, the DARE generation — Millennials and Gen Xers — will outnumber Boomers for the very first time. We’ve spent 18 years making sure they oppose the drug war and value harm reduction, and it’s worked. Support for marijuana policy reform is at an all-time high, virtually no one thinks the drug war is working, and health-based approaches are gaining traction around the globe. Across the nation, marijuana initiatives, races for judgeships and district attorneys, and candidate elections up and down the ballot will determine just how rapidly we move toward that vision of a sensible future. We’re registering people people to vote. We’re driving our peers to the ballot box and arming them with information before they get there. We’re mobilizing on campus to educate students about the issues that matter, and we’re partnering with allies in nearly every state. On our birthday, we’re asking for two things: support our Elect to Start Making Sense voter drive by making a tax-deductible contribution of any amount today. Then, help another person register to vote, no matter where you are. Thank you for helping us get to 18 and everything you’ll do to realize the promise of a more sensible future. 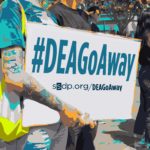