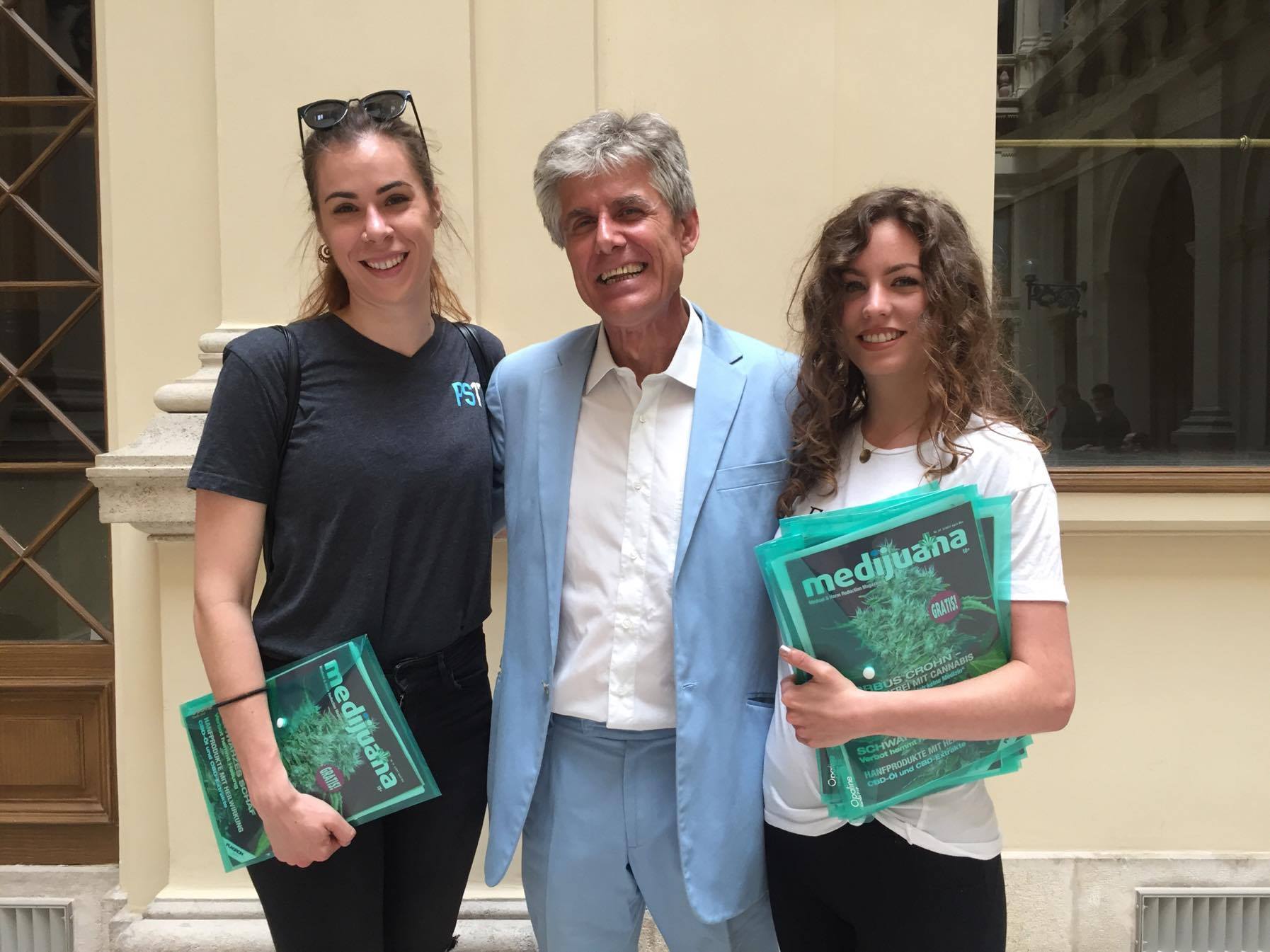 Written by Orsi Fehér, founder of University of Vienna SSDP in Vienna, Austria

On May 26, the two founding members of SSDP Austria marched alongside supporters of medical Cannabis to hand over 10,000 signatures to Dr. Harald Dossi, the director of Parliament, in defense of sensible drug policies.

The action in Vienna on Friday was led by Hemp Institute spokesman Toni Straka and Gerfried Düregger, chairman of Arge Canna, a citizen’s initiative in support of medical cannabis patients. Toni and Gerry spoke up against a planned bill amendment to the Narcotic Drugs Act (SMG), which would put Austria in conflict with the worldwide trend towards cannabis regulation and outlaw CBD by “styling it as a chemical”.

Besides the signatures that clearly indicate the demand for legitimizing cannabis as a medicine, we also 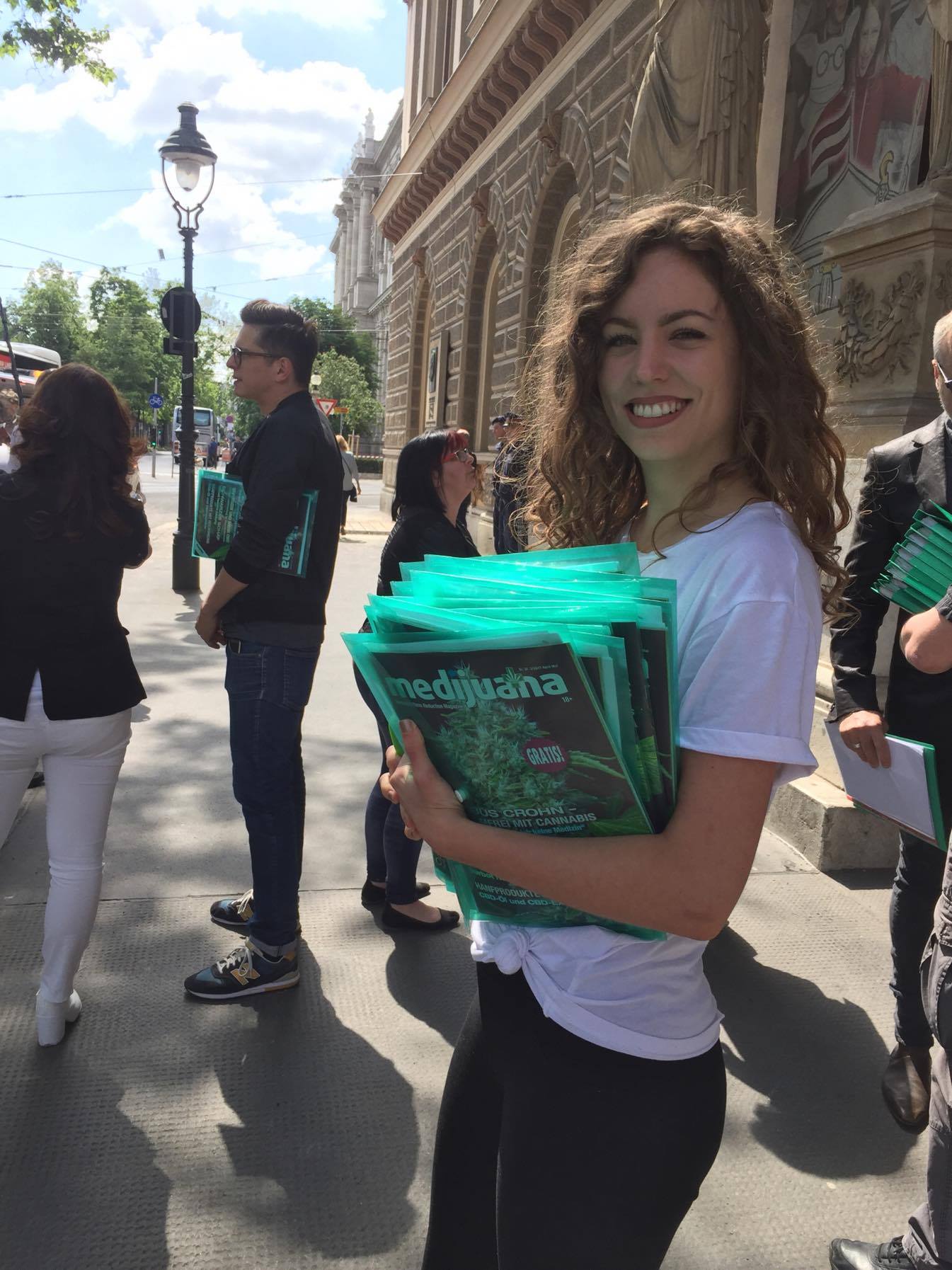 presented an impressive list of peer-reviewed empirical studies about the healing properties of CBD to argue against the senseless reasoning behind the amendment; that there are no sufficient scientific findings for CBD as a medicine.

Among the “hempatients”, aged 4 to 78 years old, that gathered to back the initiative and to push for evidence-based drug policies was Patrick Krammer, the first signatory of the citizens’ initiative, who suffers from a spinal disorder due to an accident and believes “our criminalization is no longer up-to-date and puts a burden on all patients.”

Toni of Hemp Institute thinks the root of the problem is most likely old stereotypes, residuals of the misleading & demonizing campaigns of the sixties. “We are contacted by the medical sector most often to provide information; medical professionals have not learned about the possibilities of cannabis in school, and they are often left confused when learning about miracle cases induced by a substance they were convinced was evil”.

The next parliamentary discussion of CBD is scheduled for the 2nd of June and the Hemp Institute is hopeful that today will serve as a “democratic slap in the face” that will lead to policies in which “logic prevails”.