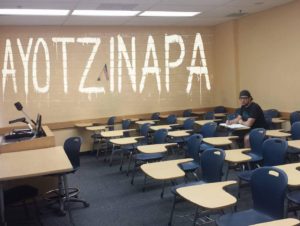 Written by Jacki Moreira, SSDP’s Latin America Policy Intern. To learn more, check our her three-part piece about what happened to the 43 students of Ayotzinapa two years ago and how it is connected to the War on Drugs: Part 1, Part 2, Part 3. On October 4th, 2016 seven men were killed on the road Chilipacingo-Tixtla in Guerrero, Mexico. The men were riding public transportation when the vehicle was attacked by gunmen. Two of these men, Jonatan Hernández Morales and Filemón Tacuba Castro, were student normalistas from Ayotzinapa. Only a couple of weeks after we recognized the 2 year anniversary of the forced disappearances of 43 normalista students, the families and community of Ayotzinapa suffered yet another attack. September 26th, 2016 marked 2 years since 43 students from the Escuela Rural Normal Raúl Isidro Burgos or Ayotzinapa were disappeared in Iguala, Guerrero. Officials of the government at all levels are implicated in the attack on the buses, death of six people, and disappearances of 43 students. Here are some quotes from across the SSDP network, of students showing solidarity for the normalistas:

“On September 26th 2014 43 students from Ayotzinapa Rural Teachers College were kidnapped. The government narrative is that these students were kidnapped by cartels, but we know that government collusion with narco crime groups are in fact those responsible for these disappearances. It has been two years of no justice or government accountability for the missing students.” “SSDP Ghana wants to use this privilege as students and young people of Ghana to support the fight against injustices in the world, which is why we have joined to demand justice for the 43 students from Ayotzinapa Rural Teachers College that went missing Justice must be for all.”

“We at UC Berkeley recognize our privilege as students to be able to organize and vocalize our energy and actions against government injustice. Which is why we must continue demanding justice for these missing students. We must keep striving for justice and accountability!” “How can we stay home and not do anything when in our home-countries the government keeps killing students like us who dreamed of having a better world for our communities? How we walk in the so-called “best public university of the world” with all the privileges we have and not think of the people in our home-towns fighting the government to survive? How can we not think of those students in poor communities around the world who are fighting to defend public education with their lives while our education is broken and we are afraid to put ourselves in the front lines to defend it? How can we forget that today marks two years since the 43 students from Ayotzinapa were kidnapped by the Mexican government, attacking once again our education? ¡Ayotzinapa vive! Sin perdón y sin olvido. ¿Ya olvidaste? Yo no olvido.”

“It was really felt as the latest in the long succession of not only a terrible drug war crime and tragedy, but a very highly charged political crime… The fact that this has been [the students’] fate is so representative of the whole trajectory of Mexican history up to this point.”

“2 years ago, 43 student went missing in Mexico. We remember.”

“Two years ago today, 43 students of la Escuela Normal Raúl Isidro Burgos, also known as the Normal Rural de Ayotzinapa—a residential college for peasant farmers studying to become teachers serving in their own rural communities—disappeared in Iguala, Guerrero. The story leading up to the incident and the fate of the missing 43 is still not clear. There has been virtually no movement on the government’s behalf, and a final report by the Inter-American Commission on Human Rights has refuted the Mexican government’s “official” version of the events. All we have are empty classrooms.”   Finally, here are some pictures of actions taken by SSDP students around the world: 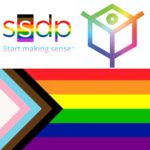 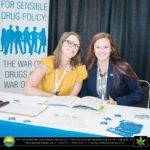 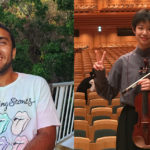 We’re still fighting for a more sensible future. Stand with us.