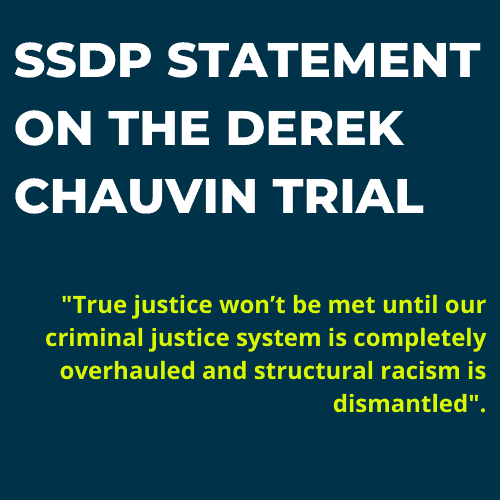 Category: Blog/Statement | April 16, 2021 By Rob Hofmann No comments yet

In his trial for the murder of George Floyd, Derek Chauvin’s defense is arguing that George Floyd’s death was not a homicide, but a result of prior substance use. The defense is trying to put forth a narrative that “maximal restraint” was necessary because George Floyd had drugs in his system. This is abhorrent.

A person having drugs in their system never justifies deadly force being used against them. No human being, no matter what health conditions they have and what substances they use, deserves to be brutalized and murdered.

Furthermore, George Floyd did not die from drug use. He was murdered by Derek Chauvin and the systemic violence against Black people perpetrated by law enforcement and reinforced by our racist and prohibitionist paradigm on drugs and people who use them.