I am incredibly excited to introduce Jacob Bazarov, a full time student studying Computer Science and Psychology at Diablo Valley College, working a full time job as a software engineer. Jacob is undoubtedly one of the most resilient SSDP activists in the network. Jacob first established his SSDP chapter in the fall of 2014, with a following of over 50 students. One of his first projects was creating a database of local businesses who were allies to the cause of drug policy reform, from pizza restaurants, to cannabis clinicians to attorneys who agreed to represent people on cannabis charges. “It was astounding how many people wanted to help us out with this, just because we asked.” 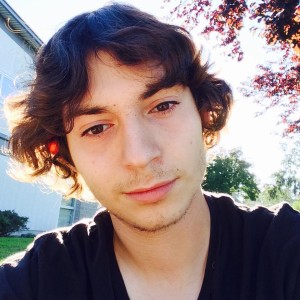 Shortly after, the school underwent a change in administration, and the new Director of the Inter-Club Council (ICC) at Diablo Valley College refused to let SSDP at Diablo Valley College remain an active club in the spring. The ICC actively removed SSDP fliers, prevented recruitment, and students were threatened with disciplinary action for participating in an illegal club. But Jacob didn’t give up. This fall, the members of Diablo Valley College’s SSDP chapter gathered signatures for a sizeable petition, signaling to the administration that there was a need and interest for SSDP on campus. The club is now officially re-established, and Jacob is optimistic for the club’s future. On why he got involved with SSDP he says, “I originally come from New York, where marijuana is ridiculously illegal for unfair reasons if you trace back the history of drug policy. I also really really supported Good Samaritan Policies.  I’ve been at parties and witnessed situations where someone needed help, and it’s a problem that there’s a lot of hesitation to call when someone needs it. Students shouldn’t have to be worried that if the police show up, they’re going to arrest everybody. Good Samaritan Policies are absolutely essential and should be  part of every state.” Outside of SSDP, Jacob plays the guitar and runs a software development startup called CodeArt Studios, which he hopes to eventually turn into a bigger business. However, he expects to be an activist for drug policy reform for the rest of his life.  He says, “I like activism. Not only is it fun, it’s absolutely damn important and it’s the only way things actually change. At the end of the day, the War on Drugs is a war against the people – and anyone can do something, whether it’s by donating to SSDP, lobbying in Washington or just becoming a member.” It’s good to have you back in the SSDP family, Jacob! Now let’s end this Drug War.