SSDP Welcomes our Second Chapter at University of North Georgia

SSDP Welcomes our Second Chapter at University of North Georgia 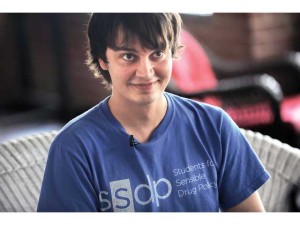 Those of you who have been following SSDP for several years will be familiar with our distinguished Board member Jeremy Sharp. Jeremy founded the SSDP chapter at the main campus of the University of North Georgia (UNG) back in August of 2013. Since then, the UNG SSDP chapter has been one of the most successful chapters in the entire SSDP network and they received the Change Beyond Campus Award at the SSDP2014 conference. With Jeremy’s leadership, the UNG SSDP chapter was heavily involved with introducing, lobbying for, and passing that state’s Medical Amnesty/Overdose Prevention law, one of the strongest and most comprehensive in the entire nation. Jeremy and the rest of the UNG SSDP chapter have had as many (or more) mentions in local and state-level media outlets of any SSDP chapter in the 17-year history of the organization. Georgia Governor Nathan Deal cited Jeremy by name in a 2015 proclamation Georgia’s overdose awareness prevention day on the first anniversary of the passage of the overdose prevention law. In short, Jeremy has accomplished just about everything that an SSDPer can accomplish! Well, I am happy to report to the world that he is at it again! Like any go-getter activist, Jeremy has decided not sit on idle hands just because he accomplished most of the goals he set out to accomplish when he founded his first SSDP chapter. Instead, Jeremy has spent this semester building a second SSDP chapter at UNG on the satellite campus in Dahlonega, GA. He is hopeful that he will be able to pass the torch to the next generation of UNG SSDPers before he graduates in the Spring of 2017. Watch this space for future updates. I have no doubt that this is just the first of many times I will be writing to all fo yo about the newest UNG SSDP chapter and Jeremy.