I am thrilled to announce our newest chapter in New York City, Hunter College! Chapter leader Sabrina Bodé is an SSDP veteran, having previously served as chapter leader of the SUNY New Paltz chapter before transferring to Hunter this semester. She has already made an impact on her campus and is striving to create a vibrant network of student activism within the CUNY school system. I asked Sabrina some questions about her progress thus far and her goals for the future: How did you hear about SSDP?  I was initially introduced to SSDP at SUNY New Paltz, my previous school. While walking through campus, some enthusiastic students approached me and inquired about my stance on the Drug War. With preexisting experience in dealing with the many injustices that stem from our current drug policies, I immediately took interest in what this club was all about. After attending my first SSDP meeting, I was in awe at the accomplishments SSDP had already made at that point in time (Fall 2013). I then ran for the New Paltz SSDP executive board, and was a member of our High Council by the following semester. Once sophomore year came around, I had been actively involved in SSDP from regional conferences to campus protests. I received a spot on the board again in Fall 2014, and by Spring 2015, I was elected chapter president. My origin chapter mobilized me to be where I am currently – beginning a new chapter at CUNY Hunter College. I look forward to what is in store for drug policy here in NYC. Why did you want to get involved/what made you decide to start a chapter? Once settled in at Hunter, I was absolutely sure my first order of business was to contact the Student Government and inquire about starting a club. Once I sent in my application, I impatiently waited for their validation to gain recognition on campus. With all the knowledge I received at New Paltz, as well as my experience with SSDP on a national-scale, I was certain the more presence we had in New York City would only further our growth and progress. As I had attended high school just up the block from Hunter, I was aware of the need for more discussion regarding drug policy on the Upper East Side. Being the wealthiest zip code in the United States, this unique part of Manhattan epitomizes the political and socioeconomic problems related to the failing War on Drugs. Class and racial lines are blatant while riding the 6 train, and the criminalization of drug users, as well as the misinformation regarding policy and sensibility is definitely a pressing issue here on the East side. Therefore, starting up a new chapter was the most direct and effective route for me to take in addressing these concerns and needs. 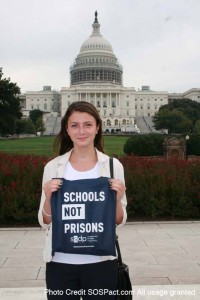