I am proud to announce the formation of our newest official chapter based in Mobile, Alabama at the University of South Alabama! I spoke with chapter founder, leader, and mother of two beautiful children, Courtney McQuiston about her progress so far and her vision for the chapter moving forward;   How did you hear about SSDP? 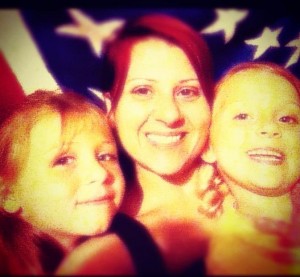 A fellow student and friend, Hannah Blackburn, asked me to help her get a chapter together here at USA early in the summer a few semesters ago. Over the summer names were collected and contacts made. Finally, late last fall semester, the chapter gained approval from the university and we are extremely excited to be moving forward.   Why did you want to get involved/what made you decide to start a chapter? For years I have personally believed that if enough people got together to seriously discuss drug reform and actively do something about the ideas presented then change would happen. SSDP gives students the opportunity to do just that.   What has the reception been like so far? Many of the students are interested in the organization. They cannot wait to see what we can accomplish. Many of the teachers at University of South Alabama also agree with the idea of open discussion of policy reform and have offered their support.   What are some of the things you have planned or want to plan for next semester? Right now we are a very small chapter with few active members. We would like to focus on ways to spread the word that the chapter at USA is here and aiming to grow. We are working on an article for the campus newspaper and we are attempting to get in touch with the campus radio station. We are also making arrangements to have our first chapter meeting next week!   What is the most challenging part of your experience starting/running the chapter so far? The most challenging thing that we have faced is getting members who are willing to make time for the organization. Most of the students are interested in the organization but lack the commitment needed to help us build and move forward.   What is the most rewarding part? I personally have enjoyed the conversations about the hopes of so many that reform of some form will take place. Some people have come to me asking about the SSDP and I get to explain that it’s a way to talk about such an important subject to our generation. It’s also rewarding to know that I’m a part of the movement that is making these reforms happen.   What are you most excited about for your chapter/school/state/region/ssdp/drug policy right now? We are excited to be a new chapter in the South for an organization who is willing to open the doors to an open and honest discussion about drug policy reform. Being a drug policy reform organization in Alabama may seem like a waste of time to some, but there are people here who understand that drug prohibition is a problem and they are willing to work hard to change these failed policies. In some ways, because advocating for change in the South is such an uphill battle, it’s an even greater imperative. The South is know for being a bit slow in terms of drug policy reform, but there IS movement here and change IS happening. In 2012, Arkansans voted on a medical marijuana initiative, and while not a complete success, the results surpassed the expectations of many. The initiative ended up earning 49% of the vote, or just 30,000 votes shy of passing. The region is willing. The people just need a place to voice it. We are excited to find a larger community of people in the SSDP who share our desire to talk about ways to change the future for the future drug policy. The way it is now is ineffective and harmful to ourselves, our future, and our children’s future. Locking up individuals for nonviolent drug offenses doesn’t prevent the occurrence of the offense; it just makes criminals out of people who are not criminals at all. We are locking nonviolent human beings in cages and it’s simply unacceptable.   What is your vision for SSDP? Where do you see your chapter in a year? in 4 or 5 years? In this next year, we’d like to bring a 911 Good Samaritan policy to south and find a way to bring attention to the House bill (HB2) that is going before the Health Committee in February. Hopefully we will grow in size and branch out to the university’s other campuses in Baldwin County and help build more SSDP chapters all along the Gulf Coast. 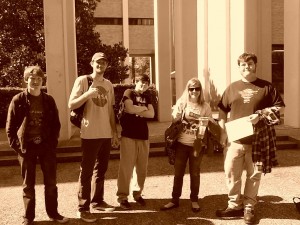 Email Courtney to get involved in this chapter or start one at your school!