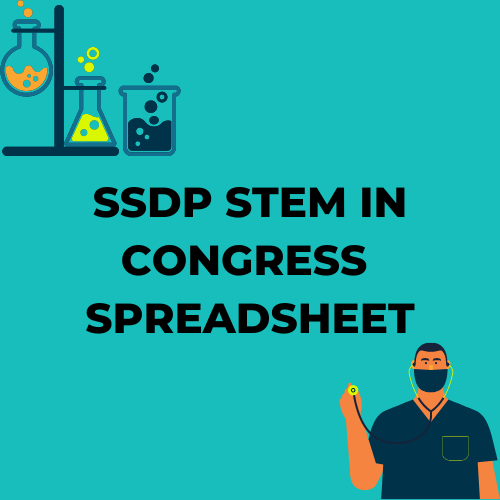 Scientific and research-oriented approaches to drug policy in the United States have been historically lacking. The narratives around drugs and drug policy, especially in the 20th century, were heavily and almost exclusively dominated by police, border control, and politicians looking for punitive approaches to issues of public health, freedom, and human rights. Fortunately, with harm reduction advocacy groups and groups composed of people who use drugs (PWUD) leading the charge over the past 10 to 20 years, there has been some positive momentum in steering congressional members and their staffers to focus on creating drug policy strategies based on science and effective public policy.

In October, the Scientific Research Issue Group of SSDP’s U.S. Policy Council began compiling a list of members of Congress with science, technology, engineering, and mathematics (STEM) backgrounds and their votes on the MORE Act and the Medical Marijuana Research Act. The list was completed and published in January 2021 and has since served as a resource for Issue Group members to use when discussing scientific research about marijuana and other substances with members of Congress. For example, while many advocates will likely focus their advocacy for the MORE Act on the social justice impacts of the bill, the representatives on this list may be more receptive to MORE Act discussions centering the impact rescheduling marijuana will have on National Institutes of Health (NIH) – funded research and studying the applications of marijuana in the field of medicine.

We are excited about the possibilities of this list as a resource for our members interested in drug policy reform advocacy. As new drug policy-related bills and amendments are introduced later in the 117th Congress, SSDPers can use this list to target these representatives when discussing science-focused issues such as easing barriers to medical research involving otherwise illegal substances.

You can access the STEM in Congress spreadsheet using this link.